Why Apple and Spotify hate each other 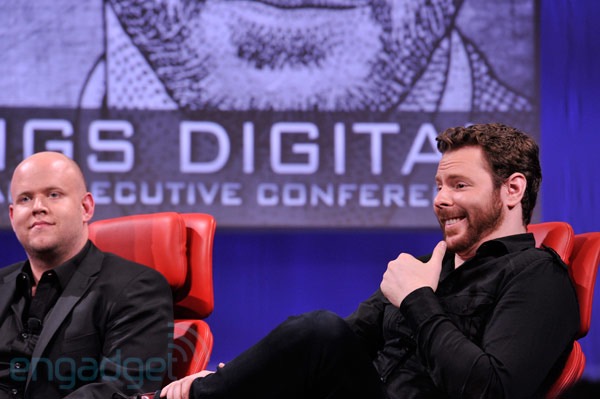 Ek and Parker at D10
Photograph by Engadget

I remember sitting next to Spotify co-founder Daniel Ek at a dinner celebrating Spotify’s U.S. launch when Sean Parker, co-founder of Napster and a Spotify director, stopped by and started ranting about Apple.

He got pretty worked up, charging that Apple was maneuvering behind the scenes to keep Spotify out of the U.S.

“Apple is a monopoly!” he shouted at one point.

The attorney generals of New York and Connecticut apparently agree. They have launched an antitrust investigation of the Apple Music service introduced Monday at WWDC. They want to know whether Apple pressured the music labels to withdraw support for the free services offered by companies like Spotify in favor of Apple’s paid music subscriptions.

This is doubly ironic. It was thanks to Parker’s Napster — which had laid waste to the music labels’ business model — that Apple became the world’s largest music retailer in the first place. And it was thanks in part to a suit filed by rapper Dr. Dre that Napster was eventually shut down.

This is not the first time Apple has run afoul of these particular attorneys general. It lost the e-books case (the appeal is still pending). This one is just getting started.