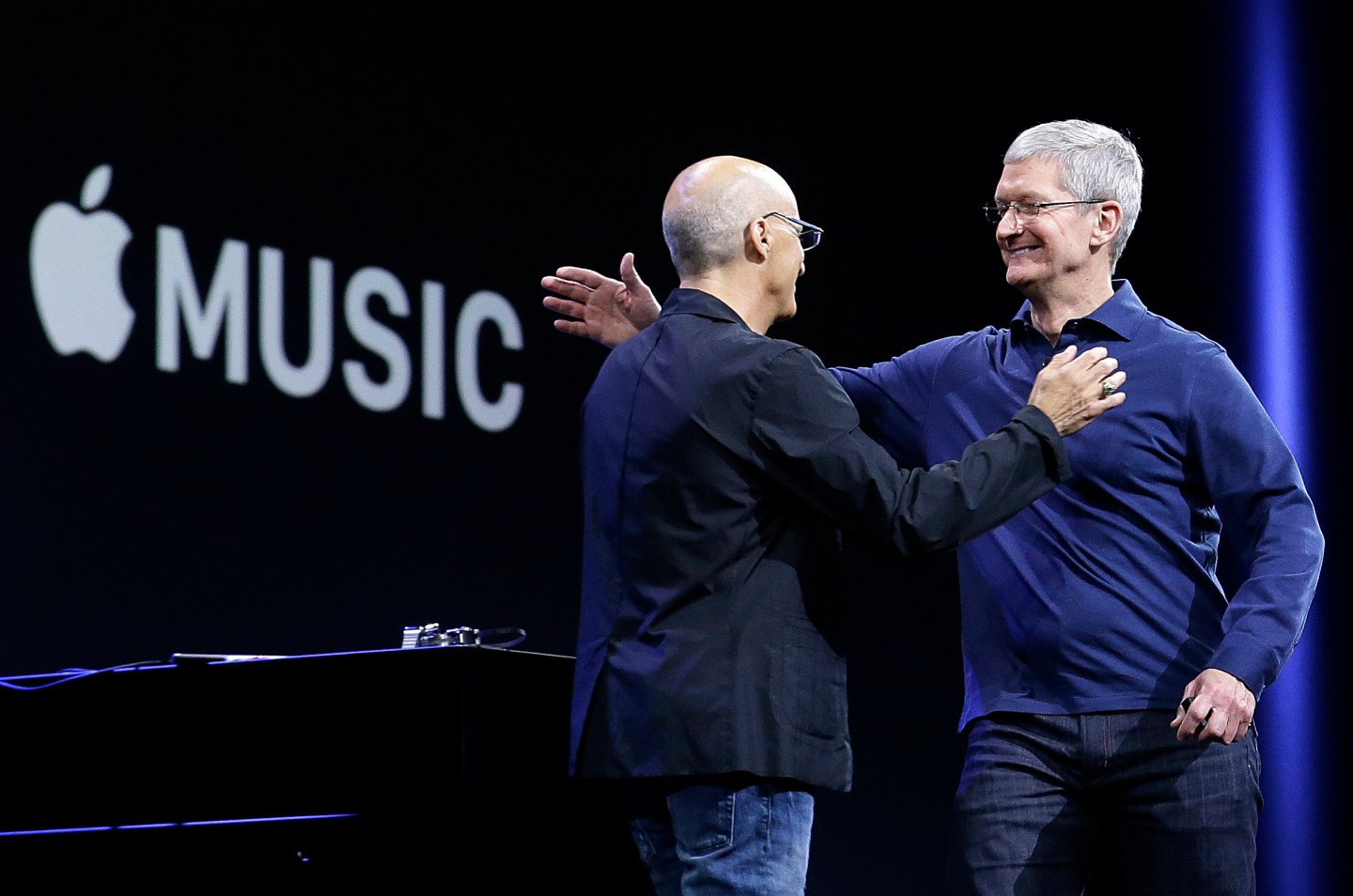 Apple is, yes, putting radio on the Internet.

But unlike the parody on HBO’s Silicon Valley, there are lots of other people doing just that: Spotify, Jay-Z’s Tidal, Rdio, Pandora, iHeartRadio, Google Play and more. What makes Apple’s recently announced music streaming service, Apple Music, any different?

According to Apple execs Eddy Cue and Jimmy Iovine, the difference is control. They say they want to shift power back into the blistered hands of the musicians and artists that create the industry’s content. So they’ve transformed the recently acquired Beats Music streaming service into Apple Music: a library of music, plus a radio station—Beats 1—and playlists curated by human DJs. (Rather than robots or algorithms.)

Apple Music also includes another feature, Apple Connect, that lets artists interact with their fans. The appended social network—a blog-like platform that The Guardian describes as “part-SoundCloud, part-Facebook and part-YouTube,”—allows musicians to share messages, tracks, photos and videos with their fans. It’s not hard to see how this could be used to offer exclusive content and behind-the-scenes material to subscribers.

Drake, for instance—the hip-hop artist who helped unveil the service at Apple’s (AAPL) Worldwide Developer’s Conference this week—plans to release his next album through Connect.

It’s that kind of control that Apple senior VP Cue hopes will set Apple Music apart. “Our viewpoint was very simple,” he told The Guardian. “Let the artist and label control it. They can put it up on Connect for free if they want to, or they can put it up behind the [subscription] paywall, or they can make it available on the iTunes Store for sale. They’re in control of their music and how they want to distribute it.”

Until more details are released—for example, how voluminous the service’s music archive will be, which artists will sign on to the service exclusively, whether the song curation is substantially different or any better than its competitors, and just how much musicians will benefit, economically and otherwise, from the deal—it’s hard to say whether Apple Music’s “payoff” will be worth the payout.