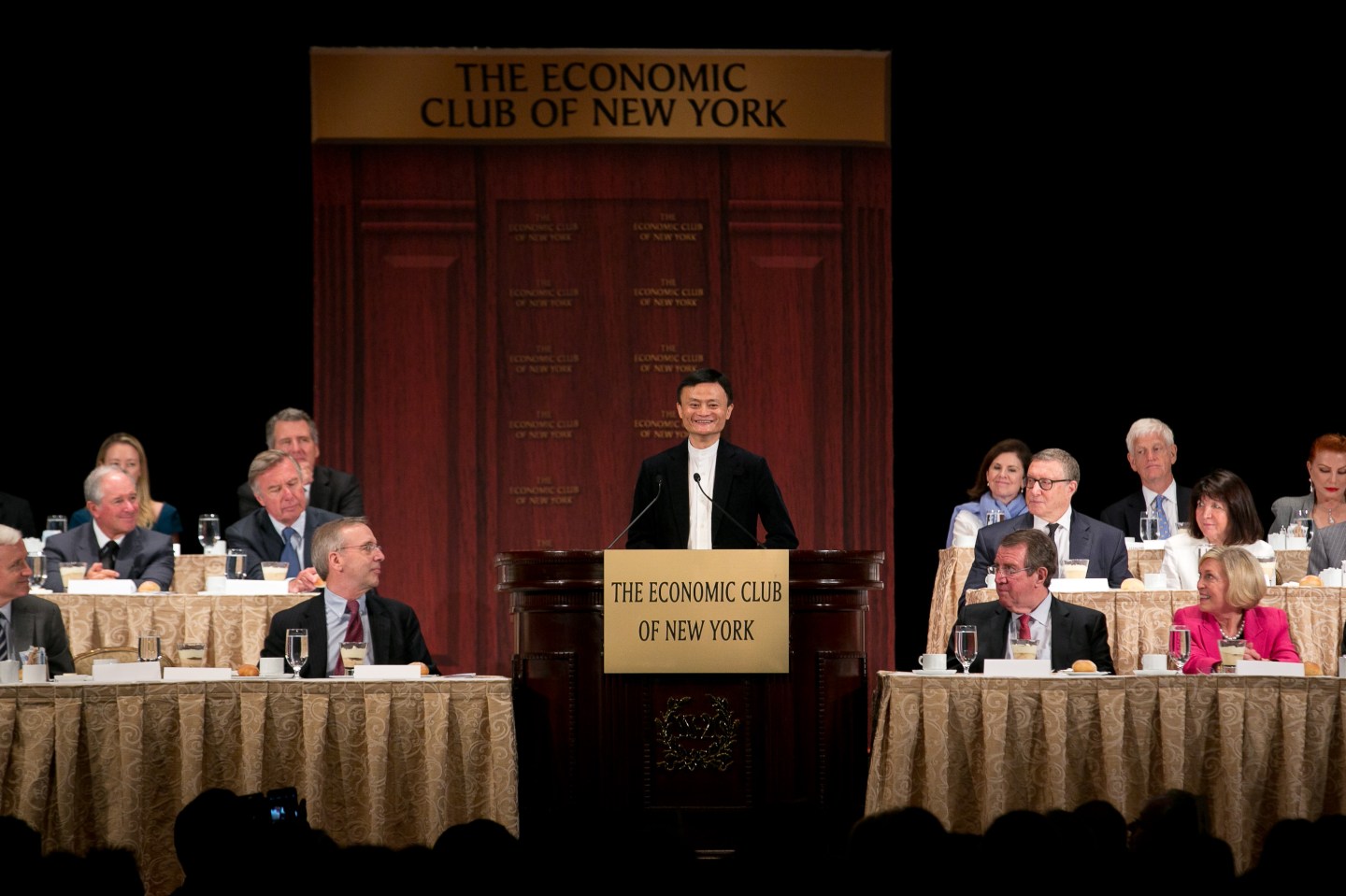 Alibaba has big designs on the U.S. market but does not see itself as the anti-Amazon, company founder Jack Ma said Tuesday. Instead, he positioned the Chinese e-commerce giant as an ally to small businesses in the U.S. looking to sell products in China.

There is a lot of curiosity about Alibaba’s(BABA) play in the U.S., Ma acknowledged during a speech at the Economic Club of New York, according to a transcript sent by the company.

He also argued that, unlike Amazon, Alibaba does not sell its own products but expedites the sale of third-party products; it does not deliver packages but works with third-party companies who do; and it manages, but does not own, warehouses.

Still, there are similarities between Alibaba and Amazon that are too big to ignore. Amazon.com started as an online book store, but now sells nearly everything under the sun. It dominates e-commerce in the U.S. It also fields Amazon Web Services, a huge cloud computing business that it started in 2006 to sell off excess computing and storage capacity.

Alibaba is also in the cloud computing business via its Aliyun unit, and is extending that presence into the U.S. via a new data center in Silicon Valley and a partnership with Equinix (EQIX). Ma noted that the company is globalizing that infrastructure, its payment system, and logistics for use by small businesses globally. While Ma is building up Alibaba’s presence in the U.S., Amazon is doing the same in China.

Alibaba’s worldwide revenue last year was $390 billion and he hopes the company will eclipse Walmart (WMT) in that respect next year. Walmart’s trailing 12- month revenue is $485.5 billion. Currently 2% of Alibaba’s business comes from outside China, and Ma’s goal is to boost that to 40%, although he did not say by when.

Given the increasingly testy relationship between the U.S. and China, both in commerce and politics, it’s easy to see why Ma wants to smooth things over and promote Alibaba as a friend to U.S. business owners. According to Politico, Alibaba is about to name Eric Pelletier, a former GE Capital exec and aide to former President George W. Bush, as head of international governmental affairs. He will be working out of Washington D.C, further cementing Alibaba’s foothold in the U.S.