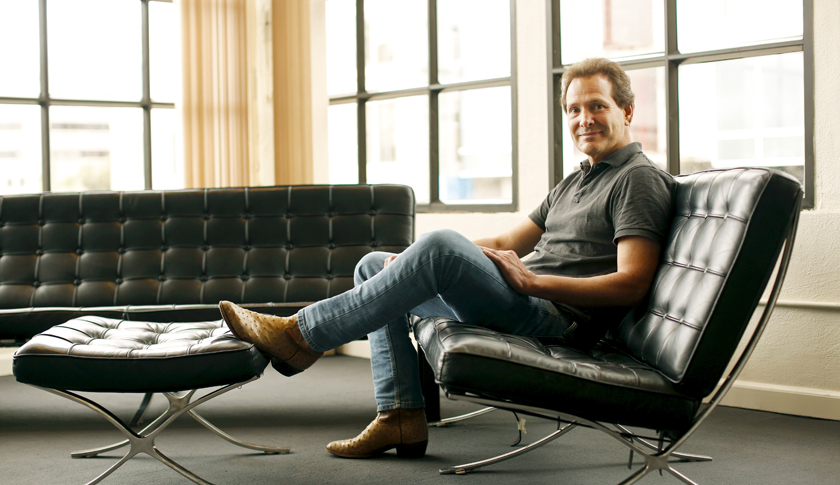 In an era when hoodie-clad coders are the boy kings of Silicon Valley, Dan Schulman, 57, favors cowboy boots. He made his name in distinctly un-Valley industries like telecom and credit cards. He plays chess with Richard Branson. And he once spent 24 hours begging on New York streets as research for a homeless-youth charity, sleeping in a skate park.

As the incoming CEO of PayPal, Schulman is something of an anomaly in the tech industry. But when the company spins off from its parent, eBay (EBAY), later this summer, he’ll be the latest major entrant in one of tech’s battles du jour: the all-out race to own the future of the digital wallet.

PayPal has a running start. In the first quarter of 2015, the payments giant surpassed the rest of eBay in revenue for the first time, growing sales 14% over the previous quarter, to $2.1 billion. With $8 billion in annual sales, if it were independent today, PayPal would land at No. 353 on this year’s Fortune 500 list. But the challenges are formidable. The Consumer Financial Protection Bureau wants to fine it $25 million for aggressively pushing its “Bill Me Later” program. And the company is now directly competing with tech titans like Google (GOOG) and Apple (AAPL), which launched competing payment platform Apple Pay last year.

Schulman is no stranger to claiming new ground in business. He spent 18 years at AT&T (T), starting as an entry-level salesman making $14,200 and rising through the ranks at the wireless carrier just as cellphones were seeing widespread adoption.

His recent career has been distinguished by an uncanny ability to hit the under-35 demographic sweet spot. In 2001, Schulman was approached by Richard Branson to lead a new project focused on mobile phones. The idea for Virgin Mobile, a joint venture with Sprint (S), was to create a carrier for young adults who couldn’t afford expensive cellular plans. Virgin Mobile USA launched in 2002 and was one of the top 10 carriers in the U.S. when Sprint bought Virgin’s stake for $483 million in 2009.

Next Schulman jumped to American Express (AXP), where he focused on younger customers and others ill-served by traditional banks. Among many new products, Schulman launched AmEx Bluebird, a prepaid debit card aimed at that demographic. Bluebird piqued the interest of eBay CEO John Donahoe, who flew to New Jersey from California last year and offered Schulman a job as head of PayPal. He took it.

Schulman’s vision is for the new PayPal to create the dominant payment system for mobile and web commerce. Critically, PayPal’s mobile business is booming, with payments up 40% year over year. The company’s Venmo app, which allows users to send cash to one another using debit accounts, is seeing huge growth among young users, moving $1.3 billion in payments last quarter.

Yet in the physical world, where 90% of transactions still happen, the company has stumbled. Though tens of thousands of chains have PayPal integrated at the point of sale, its mobile in-store payment system has yet to gain traction in many of them.

For Schulman, the opportunity is vast, but the pressure is mounting. “We think that technology can help to reimagine what the management and movement of money can look like,” he says. If PayPal doesn’t lead that transformation, someone else will.

A version of this article appears in the June 15, 2015 issue of Fortune magazine with the headline ‘PayPal Gets A Millennial Whisperer.’