Mitsubishi hopes new wacky ads will win you over 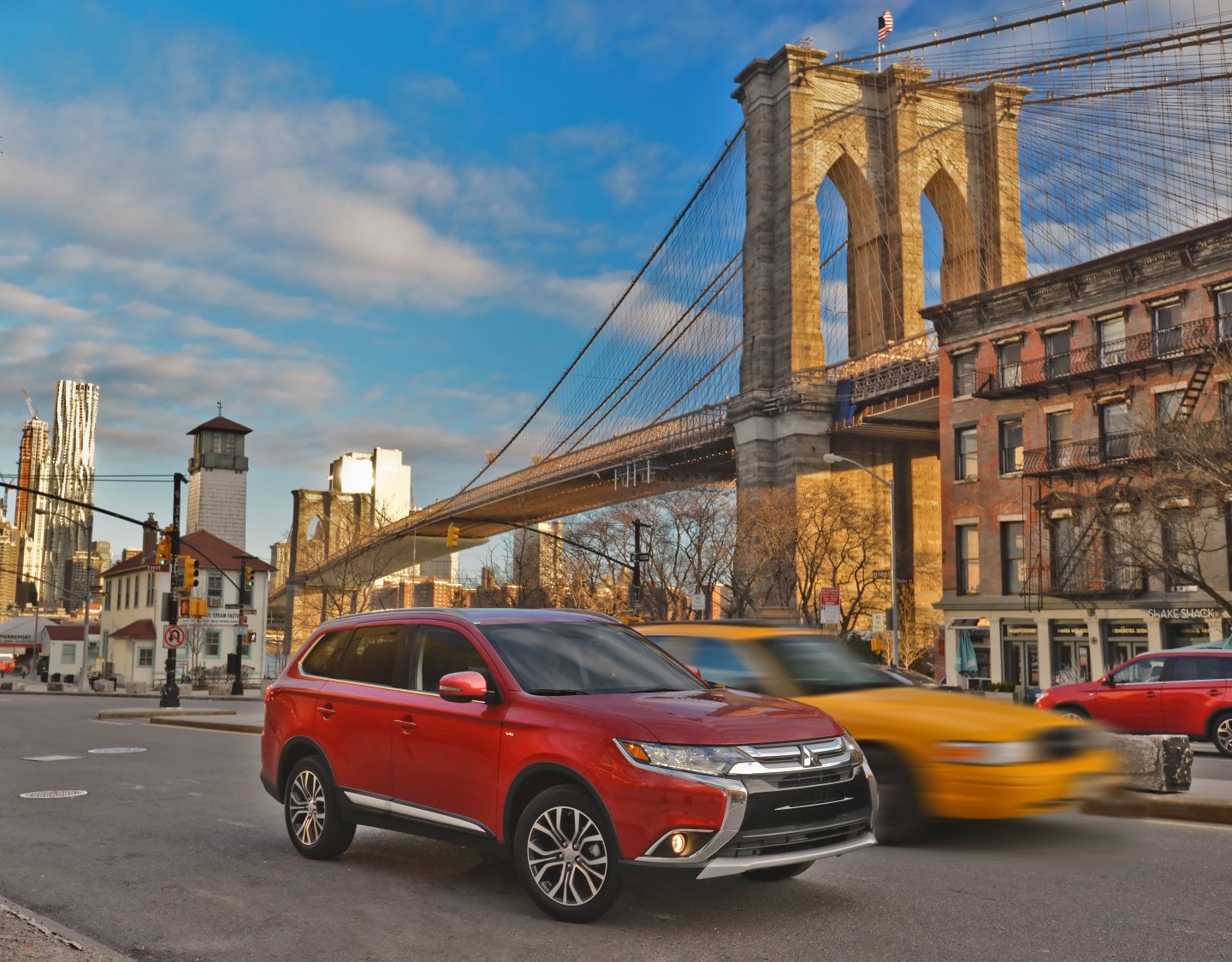 Among global automakers, there are full-line manufacturers like General Motors and Toyota. There are niche players like Subaru and Volvo.

And then there is Mitsubishi Motors, a brand that has fallen to near obscurity here, with less than .5% of the U.S. automotive market. A former niche player, it is now fighting to regain the attention of U.S. consumers in a market crowded with stronger, more familiar and better financed competitors.

This month, Mitsubishi is introducing a revamped Outlander compact crossover utility vehicle (CUV) to compete against well-established models like the Ford Escape, Toyota RAV4 and Honda CR-V. (The Outlander will be at dealerships later this month.) With a restyled front and a hundred improvements over the previous model, such as a new continuously variable transmission and redesigned interior, Outlander – starting at about $22,995 — $200 less than last year – offers a credible alternative to the leaders of the segment.

But why would a shopper consider an “alternative?”

“Ours is the one you buy when you want to be a little bit different than everyone else in the neighborhood,” Francine Harsini, Mitsubishi’s director of marketing, told Fortune.

Slightly more than half of shoppers know or remember that the company makes automobiles, Harsini said. The Japanese automaker fell on hard times after a longtime alliance with Chrysler went awry following the latter’s 1998 acquisition by Daimler AG.

Daimler bought a controlling interest in publicly-owned Mitsubishi, but later balked at investing needed capital. In 2004, Mitsubishi was denounced in Japan when it admitted to covering up vehicle defects instead of reporting them, as required. On the other side of the Pacific, an attention-getting “0 down, 0 percent, 0 monthly payment” financing offer designed to boost sales attracted many unqualified buyers. A year later many abandoned their cars, leading to repossessions, financial losses and a battered reputation.

With sales plummeting, a Japanese private equity fund came to the rescue, its investment diluting Daimler’s stake. Later, three member companies from the Mitsubishi keiretsu bought shares; they now hold a one-third stake in the automaker and have seats on the board of directors.

“Today we have to watch what we spend and how we spend very carefully,” said Don Swearingen, executive vice president of the U.S. subsidiary, acknowledging the keiretsu’s influence.

Because Mitsubishi is so much smaller than its rivals, the advertising for the new Outlanders is designed to break from the typical. An ad campaign called “100 Spokespeople” will highlight the hundred improvements in the 2016 Outlander by pairing each improvement, facetiously, with a person qualified to talk about it.

Thus, in a televised spot, an Inuit speaks about a de-icing feature; a surgeon points out that even he couldn’t improve on the look of the vehicle’s fascia; and a ballerina comments on the upgraded suspension. 100 Spokespeople campaign launches Aug. 1. A clip was screened for the press, but it hasn’t been released yet. Here’s a screenshot of the ad, though:

Mitsubishi’s offerings, meanwhile, remain slim. “First, we have to regain the awareness of consumers and then get their consideration, but we need more models in the lineup,” Swearingen said. “We just posted our first profit in the U.S. in seven years, so things are looking up.”

Besides the Outlander, the automaker sells the subcompact Mirage, a small Outlander Sport and a handful of i-Miev electric cars. It’s discontinuing its sporty Lancer Evo.

Swearingen noted that developing new models is critical to sustaining a retail network of dealers. His priority would be a small sedan that could compete against models like Toyota Corolla.

“Our dealers have stuck with us through very hard times,” he said, in an interview. The automaker is searching for partners to co-develop new models in order to save cost and time, he said, declining to elaborate.

Mitsubishi owns an underutilized assembly plant in Normal, Illinois – but the automaker’s labor contract with the United Auto Workers union presumably is a stumbling block for potential partners. Non-U.S. automakers are choosing the southern U.S. and Mexico for factory sites, in part to avoid U.A.W. representation.

Consumer reception for Outlander may reveal much about Mitsubishi’s prospects for rebounding in the U.S. The company is counting on a healthy number of shoppers deciding to choose the alternative.