The longest-serving Fortune 500 CEO is a bra salesman 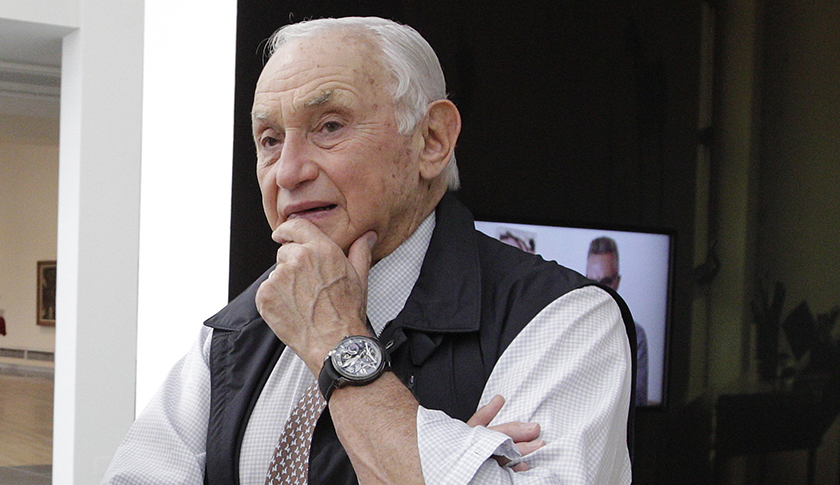 The average CEO tenure on this year’s Fortune 500 list is 6.9 years. Leslie Wexner, chief executive officer and chairman of L Brands, has that beat nearly eight times over.

Wexner, whose company owns Victoria’s Secret and Bath & Body Works, has been at the helm of the Columbus, Ohio company for 52-and-a-half years, the longest in the Fortune 500. (He beats out Warren Buffett, CEO of Berkshire Hathaway, by two years.)

Wexner’s time as CEO is a lesson in superlatives. Not only is he the longest serving executive in the Fortune 500, but during his tenure his company has seen nearly unparalleled success.

Based on L Brands’ own calculations, if you’d invested $1,000 in the company when it went public in 1969 it would be worth $62.4 million today. Wexner has achieved that feat by surveying the retail industry as a grandmaster would a chessboard, timing the acquisition and sale of brands with impeccable precision and then reaping the rewards.

Wexner, 77, first entered retail in 1963 with a store in Columbus that employed a revolutionary strategy for the time. Its inventory focused on a select number of items—a few shirts and pants. He called it The Limited. He soon discovered that specialty stores appealed to female shoppers. By 1974, he’d built a national chain with 48 stores that sold women’s skirts, blouses, and pants. In 1980, he launched the Express line of stores to appeal to younger women, and two years later he bought six lingerie stores named Victoria’s Secret for $1 million. Wexner also snapped up Abercrombie & Fitch, Lerner, and Lane Bryant during the 1980s.

Then, as strategically as he had acquired retail stores, in 1998 he began casting them off. He eventually sold or spun off Abercrombie & Fitch, Limited Too, Lane Bryant, Lerner, Express, and the Limited Stores by 2007.

L Brands has done so well, says Dorothy Lakner, managing director at Topeka Capital Markets, because Wexner has “gotten rid of apparel stores and really focused on great brands that don’t have anything in the way of direct competition.”

Victoria’s Secret and Bath & Body Works, two specialty retail powerhouses, remain in L Brands’ portfolio of stores. The company’s bra labels, Victoria’s Secret, Pink, and La Senza, made up 41% of the nation’s $13.2 billion lingerie market in 2014, according to IBIS World, a market research firm. Bath & Body Works has also excelled in a tough retail market; its same store sales increased by 4% between January and May 2015. Altogether, L Brands reported net sales of $11.4 billion for the fiscal year ending in January 31, 2015, up 6% from the previous year. Comparable store sales last year increased by 4%.

Considering Wexner’s business success, not to mention a personal fortune of $7.3 billion, it’s easy to wonder why he hasn’t retired. The truth is, he’s way too entertained.

“People like to see other people,” he says. Whether in Biblical or Roman markets or in American downtowns today, “in all of those times,” Wexner says, “the shopping environment is fun; people want to go there.” That notion struck him in the 1960s, when he saw his first Walmart and met Sam Walton. “[The store] was about value and price, but for the customer, it was fun to go there; it was fun to go to the toy department in the department store. I think, in the simplest forms, Costcos are fantastic theater. I love to go to Costco.”

And in the age of online shopping, it’s even more important for stores to capitalize on the experience they offer to customers.

“Clearly, the online channel for buying and marketing things is a reality; it’s very, very convenient,” Wexner says. But, he argues, “the most online business and technical business of them all is Apple. You really don’t have to go to the store to see what the iPhone looks like … but when they launch products, there’s long lines of people because it’s a social experience. You want to be a member of the Apple club.”

Victoria’s Secret stores, for their part, aim to be the physical manifestation of fantasies and dreams. The company redesigns its stores every three or four years to meet the evolving needs of its target customers—young women. Trying to keep up with that demographic too has kept Wexner engaged.

“You never figure out what interests them; they’re always changing,” he says. “I’ve got two quotes on my wall. One from Michelangelo says, ‘I’m still learning.'”

So no, Wexner isn’t eager to retire, even after more than half a century on the job. In fact, he sounds a little annoyed when asked the question. “I think the notion of deciding chronologically when directors or a CEO can no longer be contributors—I think that looking at that in an arbitrary way, individually or collectively—is just silly.”