This lawsuit could sink one of the hottest bitcoin companies 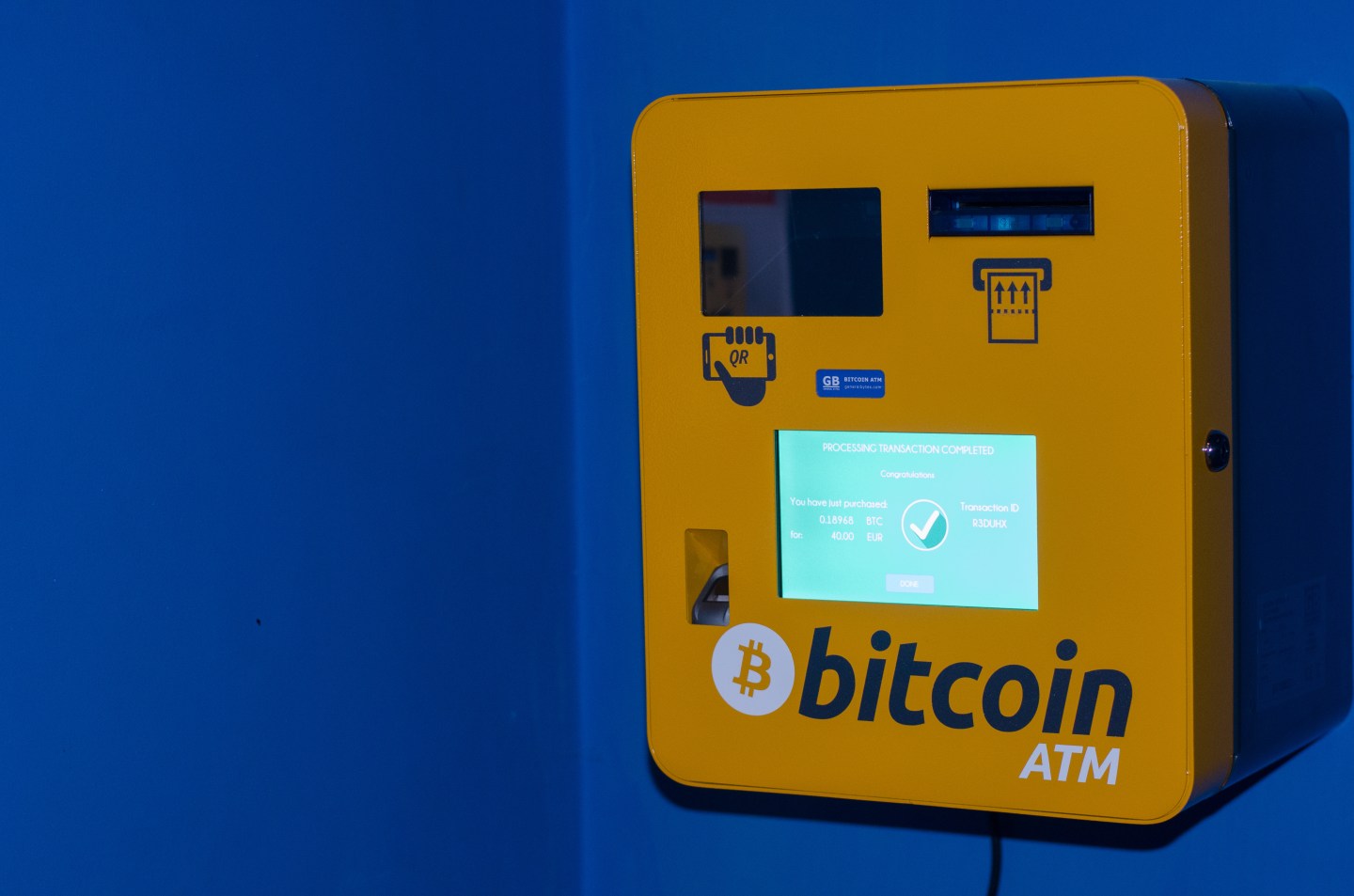 GENT, BELGIUM - 2015/03/29: Bitcoin allows you to send and receive payments at very low cost. Except for special cases like very small payments, there is no enforced fee.Bitcoin on mobiles allows you to pay with a simple two step scan-and-pay. No need to sign up, swipe your card, type a PIN, or sign anything. All you need to receive Bitcoin payments is to display the QR code in your Bitcoin wallet app. (Photo by Jonathan Raa/Pacific Press/LightRocket via Getty Images)
Photograph by Pacific Press LightRocket via Getty Images

Xapo is one of the bitcoin market’s hottest companies. It has raised $40 million from top venture capitalists. It has added luminaries to its advisory board, like former U.S. Treasury Secretary Larry Summers and Visa founder Dee Hock. It also is the subject of a previously-unreported fraud lawsuit that could eventually threaten its very existence.

The plaintiff is LifeLock (LOCK), a $1.5 billion online-identity security company that in December 2013 paid $42.6 million to acquire Lemon, a digital wallet company led by eventual Xapo founder Wences Casares. In its complaint, LifeLock claims that Xapo was launched “using a product developed by Lemon employees, in Lemon’s facilities, on Lemon’s computers, and on Lemon’s dime.”

Casares and four other Xapo employees (each of whom previously worked at Lemon) are named as defendants. Xapo itself is not named, but LifeLock is asking the court to force Casares, et al to disgorge “the value of the Xapo product attributable to Defendants’ misrepresentations, omissions, breaches of duty, and other wrongful conduct.” And, if Casares is found guilty, LifeLock — which has a long history of being sued itself — could be emboldened to file its next complaint directly at Xapo.

According to LifeLock, Lemon originally began work in April 2013 on a bitcoin product that would be integrated into its main digital wallet offering. But Lemon’s board of directors killed the project that summer, around the same time that it entered into merger conversations with LifeLock. It is unclear if the board’s directive and the merger talks were related, although LifeLock says that it declined an early offer to only acquire the digital wallet app, which would have allowed Casares to “continue developing a bitcoin business.”

The two sides worked out a deal for all of Lemon in mid-September, and the transaction closed three months later. It valued Lemon at $42.6 million, although $5 million of that was put into an escrow that LifeLock would later claim for performance issues unrelated to the lawsuit (effectively valuing the purchase at $37.6 million). There is no mention in the merger agreement of a carveout for bitcoin IP.

LifeLock says that it was aware that Casares had built himself a “personal” bitcoin storage vault. In January 2015, however, he told the board that other investors were asking to store bitcoin with him, and requested “a letter from LifeLock acknowledging that it would not stake claim to Casares’ bitcoin storage vault or their bitcoins, and thereby place their investments at risk.” Casares subsequently asked for similar letters for five other Lemon employees — two of which were part of an Argentinian subsidiary –to which LifeLock rejected the request, “expressly telling Casares that no other Lemon employees could work on his personal storage venture.”

Casares then claimed that those individuals were also investors and that he simply wanted an acknowledgement that they could be investors and provide strategic advice. Casares agreed that under no circumstances would those individuals perform day-to-day work and, indeed, would provide nothing more than strategic advice for what LifeLock understood to be Casares’ personal bitcoin storage business that he intended to offer to other wealthy Silicon Valley investors.

LifeLock provided the letters, referring to the five other Lemon employees as “strategic advisors” and “investors.” On March 6, 2014, Casares presented four of those five acknowledgement letters for signature to LifeLock president Hillary Schneider. Less than one hour after the documents were executed, Casares tendered his resignation.

Given that LifeLock still allegedly thought Casares was just working on his pre-existing bitcoin storage vault, it asked him to remain “through an orderly transition and Casares agreed to delay his departure in order to do so.”

On March 13, Casares announced the launch of Xapo, with $20 million in venture capital from Benchmark, Ribbit Capital and Fortress Investment Group (FIG). He also told The New York Times that Xapo’s team included three people who, at the time, were still full-time Lemon/LifeLock employees. One of them, Frederico Murrone, had received one of the aforementioned acknowledgement letters (which Fortune has learned did refer explicitly to “any IP related to bitcoin”).

Lemon immediately began investigating, which included interviewing employees (excluding Casares, who refused) and forensically imaging all Lemon computers and servers (including those in Argentina). It claims to have found a treasure trove of evidence that Casares and his co-defendants had kept developing Lemon’s bitcoin technology “in secret” long after the board had ordered it to stop—in the Lemon offices, on Lemon computers, “during Lemon-paid business hours.” In fact, a Xapo-branded and logo’d app quietly launched in the Google Play store just six weeks after Lemon’s acquisition by LifeLock, and more than a month before Xapo’s formal launch announcement.

Forensic analysis of Defendants’ computers also revealed presentations that Defendants had authored for potential Xapo investors during the time they were employed by Lemon, detailing the bitcoin wallet functionality of the app. One of these presentations touted the fact that “Xapo offers both a wallet and cloud-based cold storage” and that Xapo would offer “seamless 1-click transfer from Wallet to Vault.” The document’s metadata indicates that it was last modified on February 4, 2014—months after LifeLock’s acquisition of Lemon. Electronic artifacts on Casares’ computer indicate that Casares too had had Xapo-related files on his Lemon computer going back to December 2013, but that Casares deleted those files from his Lemon computer shortly before tendering his resignation.

And it goes on. For example, the complaint claims that Lemon general counsel (and current Xapo president) Cynthia McAdam “often claimed the need to work from home,” but actually was working from Xapo’s Palo Alto offices on Xapo business (she is named as a defendant).

McAdam’s Lemon contract expired on the same day as the Times story was published, but Lemon soon terminated for cause three remaining employees who were believed to be Xapo employees, including Frederico Murrone. It negotiated for nearly four months with Casares before also firing him for cause on August 1, 2014.

Lemon then filed its suit in Santa Clara Superior Court on October 3, 2014. Neither Casares nor his co-defendants have yet filed a formal response, although Casares and McAdam have filed the equivalent of a motion to dismiss.

This motion — known as a demurrer, in which defendants don’t actually refute plaintiff allegations — mostly focuses on the acknowledgment letters, with Casares arguing that he was indeed given latitude to work on Xapo. The defense also asserts that Lemon is making an arbitrary distinction between Xapo “employees” and “advisors,” writing:

In Defendants’ industry, it is not uncommon to describe persons collaborating on a project as advisors—indeed, even Steve Jobs was reportedly brought in as an “advisor” to Apple when he returned to that company in 1997.

Recent court filings show that the “discovery” period could soon commence, although it is far too early to determine if this case will ultimately go to trial.

Casares, a serial entrepreneur from Argentina, is something of a figurehead in the bitcoin community, since he has a number of hits on his resumé. He founded Patagon, an Argentinian online brokerage in 1997 and sold it to Banco Santander in 2000 for $750 million. He founded Wanako Games, a Chilean videogame developer in 2002 and sold it to Activision (ATVI) in 2006. Then, of course, there was the creation and sale of Lemon.

Much like Barry Silbert (the creator of SecondMarket, who founded the Digital Currency Group) or Halsey Minor (founder of CNET, who founded BitReserve), Casares is seen as one of the big names in broader tech that later jumped into bitcoin—a good sign for the industry. In a talk at Chicago Ideas Week this year, Casares called bitcoin “the new gold standard.”

But this lawsuit threatens both his reputation and his company’s intellectual property. One former IP attorney, speaking to Fortune on background, said that the LifeLock suit against Casares is “exactly the worst kind of IP suit for the defendant.”

Although Xapo is well funded with big-name advisors, it has had its recent struggles. Tech blog The Information reported last fall that two banks have ended their relationships with the startup. Casares was quoted in that story as summing up the banks’ views thusly: “Here’s a cashiers check for all your cash, thank you for your business.” The company also moved its global headquarters to Zurich last month, attracted by its “regulatory stability,” Casares said, during a time when bitcoin companies based in New York are concerned about the state’s BitLicense regulatory framework.

Casares has not commented about the suit on the record, but his attorney Steven Ragland (who also is representing McAdam) provided the following statement:

This is a baseless lawsuit. LifeLock has no right to any Bitcoin related business or IP that Wences Casares or his colleagues may have worked on during their time at Lemon or after. As LifeLock’s President has attested in a legally binding document, LifeLock does not have any right, claim or interest to any Bitcoin IP. LifeLock’s claims lack merit and we look forward to proving their allegations false.

Xapo itself has made no public comment on the lawsuit, nor did Casares mention the legal dispute to its three new advisory board members — Larry Summers, Visa founder Dee Hock and former Citigroup (C) chairman and CEO John Reed — or at least not until Fortune began making calls. Each of the company’s two $20 million funding rounds occurred prior to the lawsuit being filed, although a source familiar with the situation says that investors in the more recent financing were aware that a lawsuit was possible. One investor, speaking on background with Fortune, said he was completely unaware actual litigation had been filed.

Speaking on background, people close to Xapo insisted that even if Casares is found guilty, it wouldn’t hurt the company. But that may be a stretch: if LifeLock wins its case, Xapo, a financial services company, would have a CEO who was convicted of civil fraud.

Among the bitcoin community, there are three or four companies you hear mentioned more than any others. Xapo is one of them. This suit’s ultimate resolution will go a long way toward determining how much longer Xapo remains part of the conversation.