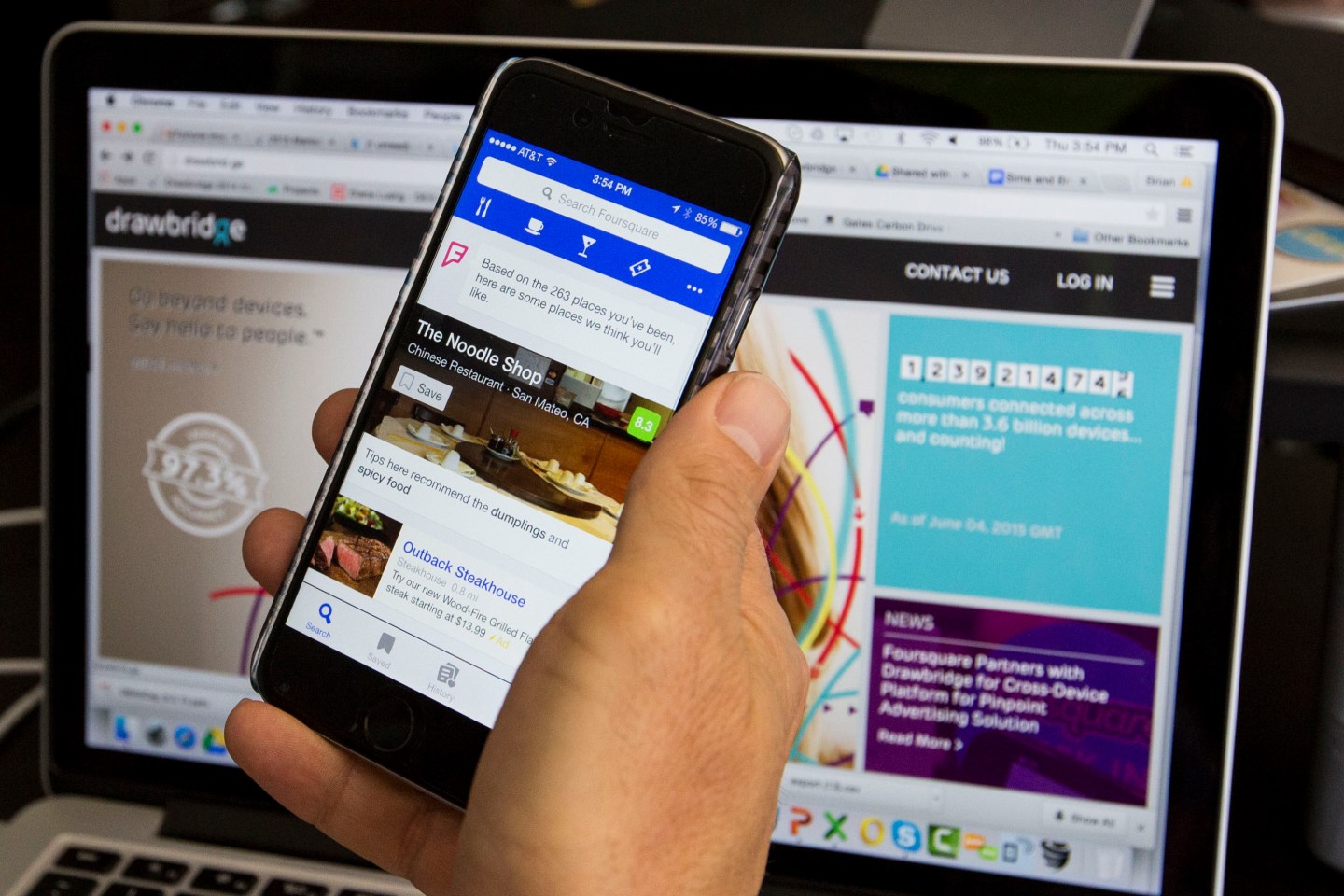 It’s not everyday that a company is fully honest about their PR strategy, but it’s refreshing when it happens.

In the case of Drawbridge, a four-year-old ad tech company from San Francisco, making some noise about a new round of partnerships is all about gaining more public legitimacy and validation for its technology and products. The latest deal: powering Foursquare’s new advertising network, Pinpoint.

“These kinds of announcements have the ability to properly feed on themselves,” founder and CEO Kamakshi Sivaramakrishnan told Fortune. “It only legitimizes it when it has this element of virality.”

Founded by Sivaramakrishnan, Drawbridge has made its name through its technology that can identify all of a person’s devices and target them with ads more efficiently. This means that it will know that person A uses this phone, this laptop, this connected TV, and so on. And while this can sound alarming, Drawbridge doesn’t actually know the person’s identity, just their set of online behaviors. Other companies, like Gigya, have also been creating consumer profiles, if you will, but have been building those based on logins through social networks like Facebook and Twitter, something Drawbridge doesn’t require.

In mid-April, Foursquare’s Pinpoint program surfaced. Foursquare launched in 2009 and quickly became popular because of its “check-in” feature that lets people track the places they go to, share with their friends, and even earn virtual badges for regularly frequenting locations. Last year, however, it decided to split its product into two mobile apps, one focused on the check-ins, and one focused on information about local businesses (similarly to Yelp), and Foursquare users were not pleased.

Nonetheless, Foursquare’s large mine of data about where its users go is quite valuable, and Pinpoint could turn out to be a success for the company, helping advertisers pinpoint the best consumers based on the businesses and locations they’ve visited. At launch, Foursquare mentioned several partners to the press, including Drawbridge, Turn, and Google on the ad tech side, and Samsung Galaxy, Wild Turkey, AT&T, Choice Hotels, Coors Light, FedEx, Jaguar Land Rover, and Olive Garden on the client brand side.

Drawbridge’s technology can help Pinpoint’s customers link one anonymized Foursquare user’s check-ins on their smartphone to their laptop browser, tablet, and so on, which not only provides them a fuller picture of who this person is as a consumer, but also helps them spend ad dollars more efficiently on that consumer. Drawbridge’s data alone doesn’t extend into the offline world—through Foursquare it can figure out that you went to a store but won’t know if you bought anything—but it does have partners that can help bridge that data gap, like Datalogix and Liveramp, which help advertisers connect online ads with offline purchases.

But from Drawbridge’s perspective, why would it want to partner with Foursquare, a company whose future is questionable?

“It’s less about the money, it’s more about strengthening our SaaS positioning,” Sivaramakrishnan said in a refreshingly candid response.

In short, she explained that the company is at point at which it wants to make a name for itself, so working with this bevy of partners will help it establish itself more prominently. Last month, it unveiled partnerships with marketing software company Kenshoo and with Datalogix and Liveramp, and more are likely to show up in the press in the following weeks or months.

And no, this isn’t because Drawbridge is in the midst of, or planning, a new funding round—though it wouldn’t be out of the question if a good opportunity came up, Sivaramakrishnan said. The company has already raised $20.5 million in funding from top investors like Sequoia Capital and Kleiner Perkins.

“We want to be the universal currency for identity,” she said of her company’s aspirations to become the top tool for targeting users with ads.

This string of high-profile partnerships are the strategy at work here.