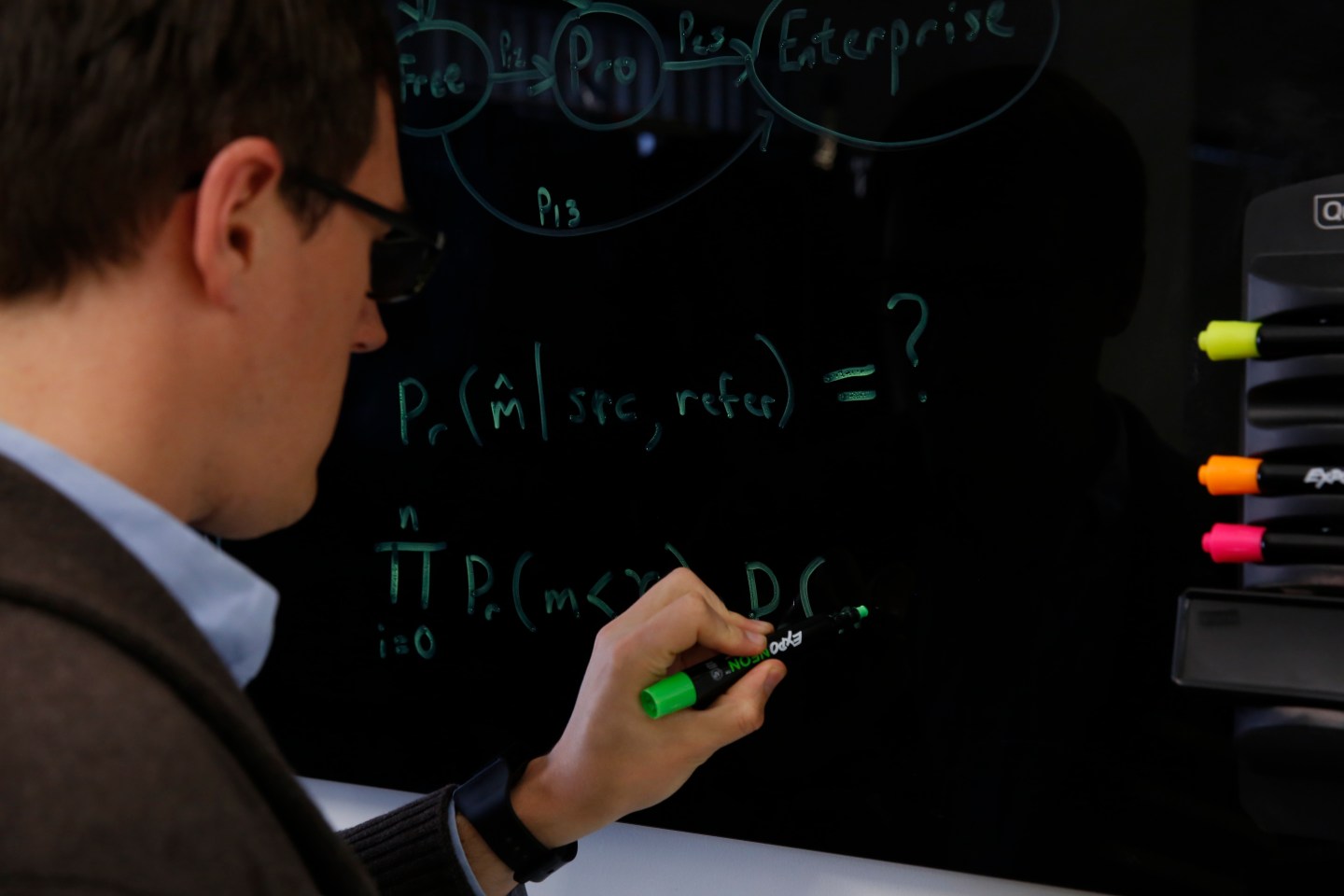 DataScience, which offers a mix of technology and human expertise to analyze corporate data, has raised $4.5 million in new Series A funding. It recently raised another $1.5 million in seed money.

“What Palantir does for government, we do for medium-sized and large businesses,” explained Ian Swanson, founder and CEO of the Culver City, Calif.-based company.

Palantir, is the sort-of-shadowy startup used by U.S. security and other agencies to formulate intelligence data. DataScience currently employs 25 people, mostly data scientists, and now will staff up sales and marketing, Swanson said.

Other competitors include big incumbents like Booz Allen, SAP (SAP) and EMC (EMC) that have data science arms, but Swanson said his company’s focus makes it popular with customers and prospective employees alike.

In an era where solid data scientists are hard to find, Swanson claimed DataScience gets five applicants per day. “Most data scientists spend 80% of their time cleaning up data before they can work with it. They don’t have to do that here.”

The company’s staff works with the data science and marketing teams at customers like Sonos, Belkin and Jarden, to figure out what the best plan of action is with their data. To get there, the customers give DataScience “full access” to their operational data via a set of connectors.

A typical sale usually comes from an initial meeting with both the chief marketing officer and the top data person at the customer site, Swanson said. That’s a sales model that obviously requires feet on the street, hence the need for more sales people.

The funding round was led by Greycroft Partners. Other investors include Pelion Ventures Partners, Crosscut Ventures and TenOnTen. Greycroft’s Paul Bricault and Pelion’s Chad Packer have joined the DataScience board of directors.

This model of combining human smarts with lots and lots of data is not unique. But, going forward, many feel that more of the data analytics complexity will be automated, lessening the need for human experts over time.