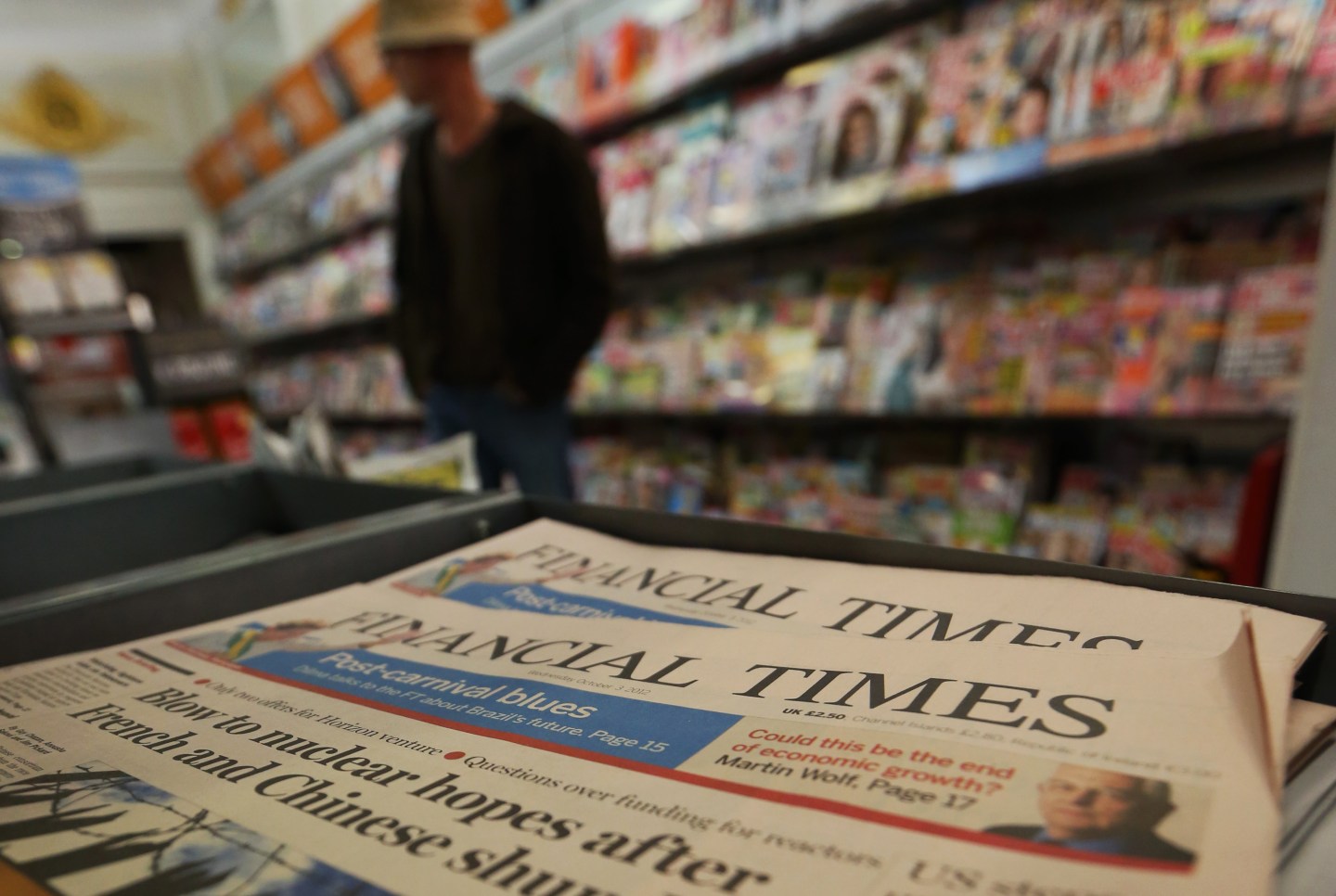 The fact of declining print readership of newspapers and magazines won’t come as a surprise to anyone who has been paying attention over the past decade or so, but the real impact can be felt when someone puts hard numbers on that trend—as depressing as it might be for traditional print-focused publishers. One of the latest surveys to do so comes from ZenithOptimedia, and among other things it shows that readership of print newspapers has fallen by a staggering 25% in just the last four years.

From a media point of view, the overall tone of the survey is actually pretty optimistic, depending on how you look at it. The agency (which is an arm of the marketing giant Publicis Groupe) says that its research showed media consumption as a whole continues to expand—driven primarily by the Internet and new forms of digital consumption. In total, it says the average consumer globally will spend 492 minutes, or about eight hours, consuming some kind of media this year.

Unfortunately for print publishers, out of the almost 500 minutes that people spend consuming media in the average day, only about 16 minutes is spent with a newspaper.

In addition to the 25% drop in print-newspaper consumption, magazine readership fell by 19% in the same four-year period. Although traditional television use has also fallen, it has declined by a much smaller amount—only 6% since 2010. ZenithOptimedia says that it expects consumption of print newspapers will continue to drop by almost 5% per year over the next several years, and magazines almost as much. These figures correlate with other estimates of declining attention, including some that tech analyst Mary Meeker included in her overview of Internet trends.

If this was just a gradual evolutionary process in which print is replaced by digital consumption then it wouldn’t be as dramatic a story, but for print publishers that’s not really the case. The hard math of online advertising means that even if they replace every single print reader with a digital reader (which is likely impossible) their ad revenue will still be orders of magnitude smaller. Why? Mostly because a combination of programmatic advertising, changing online behavior and better analytics have driven down the amount of money that publishers can charge for digital audiences.

At many traditional publishers, including giants like the New York Times and Time Inc. (which owns Fortune, and has started rolling out paywalls on its magazine properties), the digital paywall or “metered subscription” is seen as a way around this decline. Not only does it theoretically help support print subscriber numbers, since many publishers tie their digital and print offers together, but the theory is that readers who pay a subscription fee will be worth more to advertisers.

Unfortunately, the latter argument may not be as strong as traditional media companies would like it to be. Although newspapers and magazines can get more information about readers who subscribe, in many cases there still won’t be enough scale to make that kind of audience worthwhile to an advertiser when compared with massive platforms like Facebook and Google. Not only are those platforms larger, but the amount of data they have about their audience is also dramatically deeper and more granular.

Steve Goldberg, a managing director at ad buyer Empirical Media, told Digiday that while subscription information is useful and advertisers may want it, few publishers are able to command higher ad prices as a result. “For almost all publishers, the best they can do is use it as a filter in addition to — versus as a replacement for — third-party data,” Goldberg said. “One of the challenges is that paywall subscribers tend to be a small fraction of the overall audience.”