What the Apple guys are saying about Google I/O 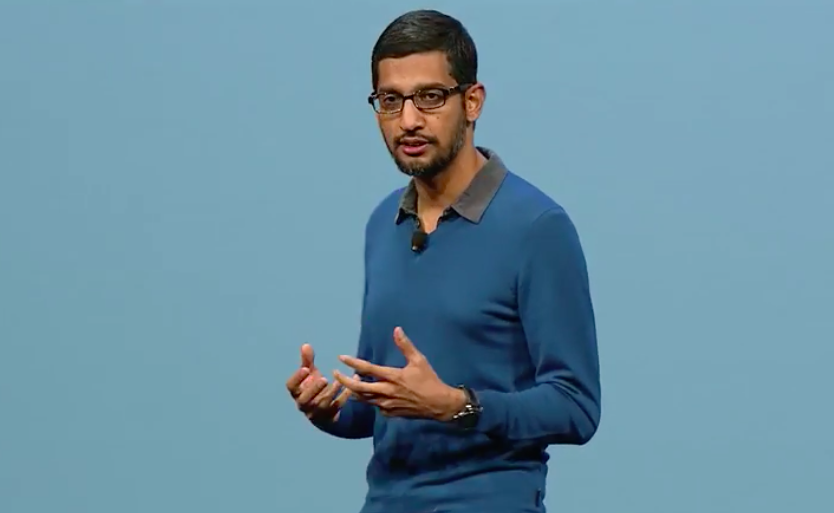 Excerpts from the commentary I’ve seen so far. More as it comes in.

Neil Cybart, Above Avelon: “Google I/O reinforced to me that Google and Apple are truly thinking about mobile differently. Google’s mission is solving problems by meeting at the intersection of technology and computer science. And they are doing a great job. Apple is focused on making technology more personal by combining technology and liberal arts. And they are doing a great job. Apple and Google are guided by different philosophies, which complicates much of the Apple vs. Google talk found in the media and press.”

Benedict Evans, Benedict’s Newsletter: “For me, the overall theme was that Google is a cloud and machine learning company, not a hardware or OS company, and the further we got from devices and the more into the cloud and into big data analysis the happier the presenters were. Beyond that, Google’s self-confident ambition to be the platform for everything is apparent – this is very obviously the new Microsoft.”

Daniel Eran Dilger, AppleInsider: “Apple’s new introductions at last year’s WWDC 2014 were far more novel and interesting than this year’s Google I/O. With Apple’s vast gulf over Google in earnings, employees, ecosystem and frankly, competence in implementation and deployment, you can expect that WWDC 2015 will launch Apple even further ahead, setting up support for new products, new capabilities and new technologies.”

Ben Bajarin, Techpinions: “Google is essentially trying to un-bundle the web from the app… Google is not collecting data so long as people are in non-Google apps. This is why they want to do everything they can to get you out of the app and back to their browser. Their business model incentives are all over this move. Arguably, this is also not a bad move, user experience wise, but it does showcase how their model drives endpoint experiences in things like Android. But there are times when this can and will hurt the user experience as well. Which is where my skepticism in free-but-ad-supported business models lie. They are simply not always aligned with the best interests of the customer in mind.”

Rene Ritchie, iMore: “Google is pushing out fantastic new features at a breakneck pace, but all of them are ones I need to go into with eyes wide open. Google wants to organize the world’s data. To do that, it needs the data. It needs us to provide it, and it needs us to want to provide it. Everything Google does is based on that single truth.”

John Gruber, Daring Fireball: “I think what Google’s I/O keynote was about is a post-mobile world. It’s about ubiquitous computing that is contextually-aware and identity-aware — about Google knowing who you are, where you are, and what you’re doing at all times. From your doorknob to your desktop. That’s not Google surpassing Apple at ‘mobile design’. That’s Google beating Apple to a world where anything and everything is a networked computing device.”

Jan Dawson, Jackdaw Research: “The Android M release was described as being focused on quality and polish, but it felt like the other major focus was catching up with Apple, with lots of key features basically attempts at achieving parity with the iPhone. Android Pay feels like an Apple Pay clone without the base of fingerprint sensors to work with and a lack of control over the full stack. The changes to permissions also bring Android in line with iOS, where they always should have been. On Android Wear, too, there was little new, especially given the enhancements over the last few months, and it feels like the Apple Watch will do more for Android Wear interest and adoption than Google and its OEMs will over the coming year.”

Marco Arment, Why not Google?: “Both companies do have flaws, but they’re different flaws, and I tolerate them differently:

How you feel about these companies depends on how much utility you get out of their respective products and how much you care about their flaws. Simply put, Apple’s benefits are usually worth their flaws to me, and Google’s usually aren’t.”

Ben Thompson, Stratechery: “Fortunately for Google, the keynote took a significant shift in hour number two, and the agent was Pichai [long quote follows]. The next 30 minutes were awesome: Google Now, particularly Now on Tap, was exceptionally impressive, and Google Photos looks amazing. And, I might add, it has a killer tagline: Gmail for Photos. It’s so easy to be clear when you’re doing exactly what you were meant to do, and what you are the best in the world at.”

Jim Dalrymple, The Loop: “Google explains its new photos app and service. For now, I’ll stick with iCloud. It works well for me, syncs to all of my devices and optimizes the photos. I also don’t have to wonder what Google is doing with them when I’m not looking.”

Benedict Evans, a16z Podcast: “For Google, cloud is strategy and the device is a tactic. For Apple it’s the other way around. Climbing the mountain from different sides.”

Below: The two-hour keynote.