Apple should hate itself for Google Photos Backup 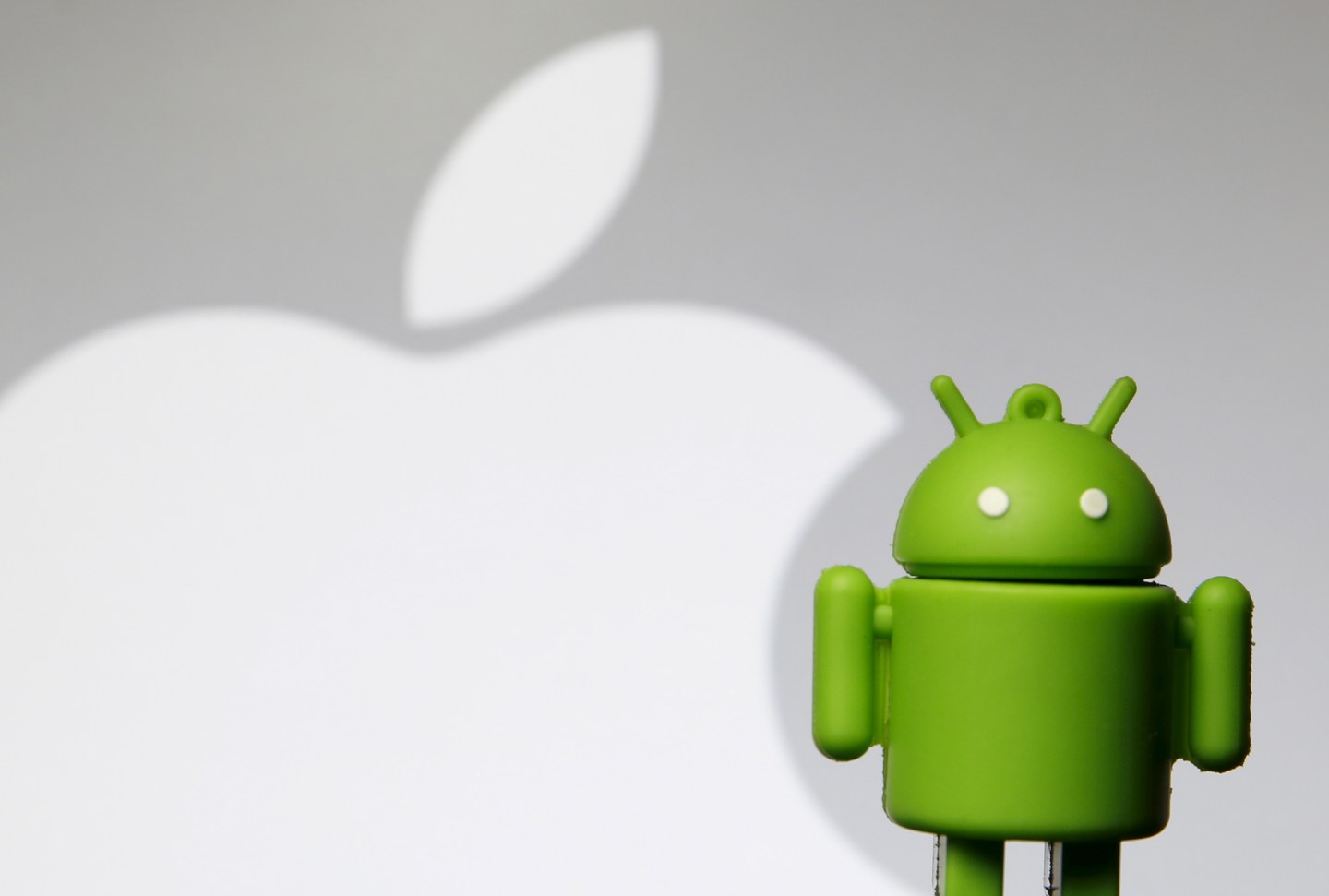 An Android mascot is seen in front of a displayed logo of Apple in this photo illustration taken in Zenica, Bosnia and Herzegovina, May 5, 2015.
Photograph by Dado Ruvic — Reuters

It’s been almost a year since Apple unveiled iCloud Photo Library, but I remember how excited I was.

Like a lot of dads, I’ve accumulated a ton of digital photos and videos. Nearly 30,000, at last count. Too many to store on an iPhone or even my workaday MacBook Air. I’ve parked them on a terabyte external hard drive, which I duplicate from time to time on a second drive because no magnetic medium lives forever.

To me, what Apple promised — “Every photo you take. On all your devices.” — sounded like the promised land. My family photos would be backed-up on Apple’s servers, and I could show them off whenever I wanted.

I couldn’t wait to try it.

I should have known it wouldn’t work.

I’ll spare you the details. Suffice it to say that after two long Apple support calls, two week-long photo upload sessions, and one off-the-record conversation with Apple PR, it was clear to me that Cupertino isn’t much better at delivering services in the cloud than it was in 2008, when Steve Jobs pulled the plug on MobileMe and dressed down the team that built it:

“You’ve tarnished Apple’s reputation,” he told them in the most public way possible. “You should hate each other for having let each other down.”

Apple should hate itself today. Google Photos Backup — only one of a dozen tentpole features unveiled at Google I/O Thursday — does exactly what iCloud Photo Library was supposed to do but couldn’t. Moreover, it did without a long beta period, without charging extra for storage, without overheating — and ultimately, overwhelming — my Mac.

I should have known Google would be better at this kind of thing than Apple. As my colleague Mathew Ingram puts it, channeling Benedict Evans:

“Apple sees services as a way to sell devices and for Google it’s the opposite. Which is why Apple sucks at services and Google sucks at devices.”

I’m an Apple guy. I like their business model, and Google’s makes me nervous. I believe the old saw, that if you’re not paying for a product, you are the product.

But I don’t care anymore. As long as they don’t steal the images, Google can have whatever marketable metadata it can glean from my photographs.

Unless something goes wrong over the next couple days, Google, not Apple, is getting my photo library.