Why Ford’s patent announcement is overhyped 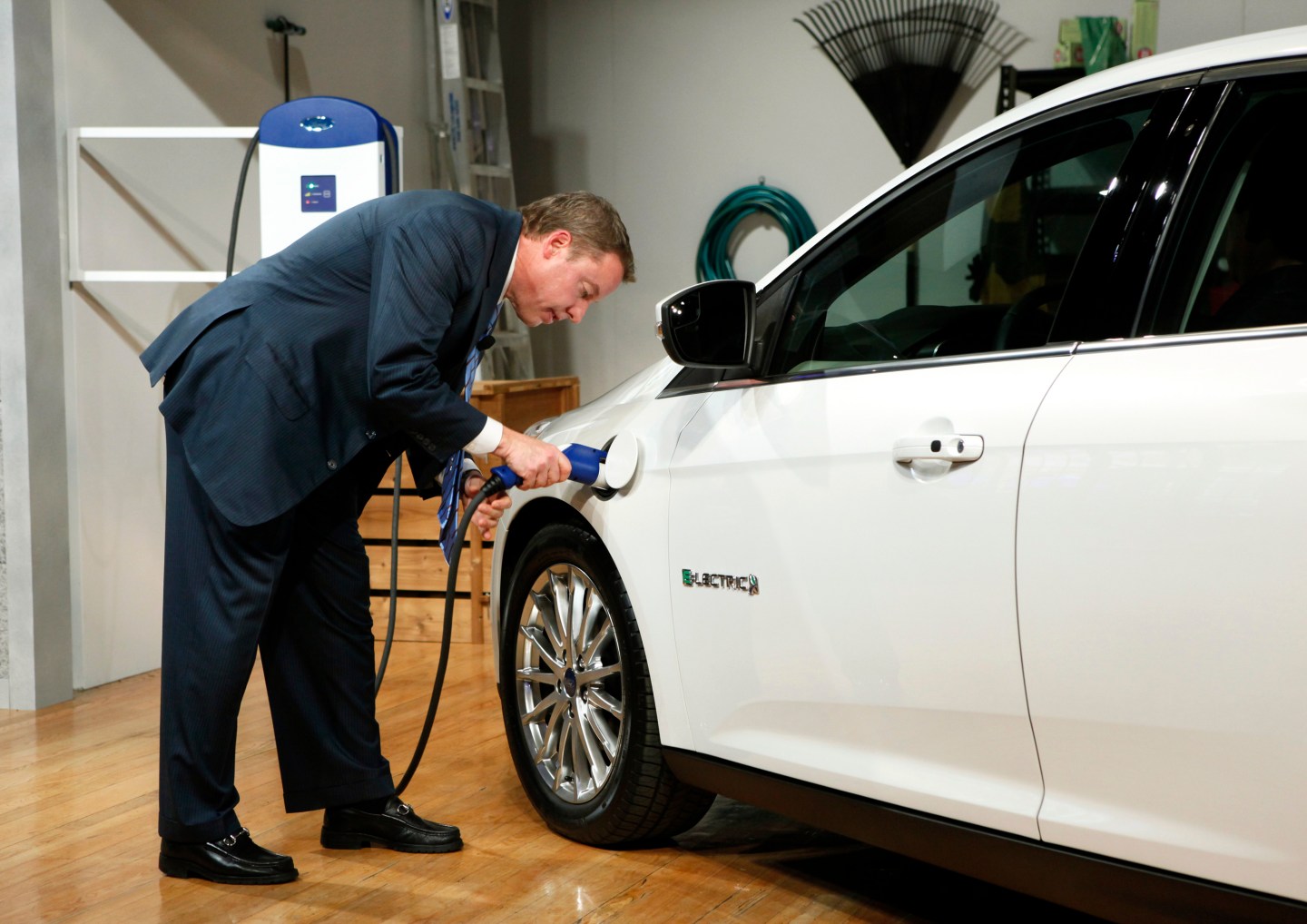 The automotive industry has traditionally adopted a we-invented-it-here culture—desperately holding onto and protecting the technology its created in house. So, Ford’s announcement Thursday that it will open up its portfolio of patents to competitors in an effort to accelerate the development of electric vehicles was met with oohs and aahs—as well as comparisons to Tesla Motors.

Let’s all take a deep breath.

Ford (F) has more than 650 patents and about 1,000 pending applications related to electrification and hybrid tech. That’s a notable figure. However, while the automaker is offering competitors access to patents, it is not giving them away for free. To date, Tesla Motors is the only automaker that has shared all of its patents for free.

Ford, which produces a total of six hybrid and fully electrified vehicles, including the Ford Focus Electric and Ford Fusion hybrid, is licensing about 15 families of patents related to electrified vehicle technologies for a fee. Prices will range, depending on the technology, between “hundreds and thousands of dollars,” according to Ford’s sustainability spokesman John Cangany. Cangany did say the intent was to make these fees “reasonably priced” to make them more accessible.

The patents can be accessed through the company’s commercialization and licensing office or via the AutoHarvest Foundation, the automotive collaborative backed by Ford, GM (GM), Fiat Chrysler Automobiles, and Hyundai.

“Basically what we’re doing is taking patents that we have and putting them on the AutoHarvest marketplace so people can see what they are and license them if they want to use the technology,” Cangany says.

Ford has offered patents for license with AutoHarvest already as well as other automakers such as Hyundai and Chrysler (FCAU), Cangany says. Ford has given away one piece of technology to the industry for free: its soy-based foam seating.

“I think this has a lot to do with what is going on in the alternative fuel vehicle market,” says James Love, a partner and patent attorney with Oblon in Washington D.C., who pointed to Toyota’s announcement earlier this year that it would open up 5,600 patents in the hydrogen fuel space. BMW has also opened patents related to electric vehicles for licensing.

In other words, Ford is not forging into new territory. Instead, the company’s decision signals a larger movement within the automotive industry to get people on board—and starting innovating—in electric vehicle technology.

A far more compelling piece from Ford’s announcement is its plan to hire 200 electrified vehicle engineers this year, evidence that the automaker sees a future in EVs. This, by the way, isn’t counting all the other employees who work in electric vehicle-related jobs at Ford.

The company already employs 500 electrified engineers, who work out of the Ford Engineering Laboratories in Dearborn, Mich. This latest hiring spree would increase the number of people at Ford engineering electric vehicle technology of the future by 40 percent.