Can Gilead keep growing without a big deal? 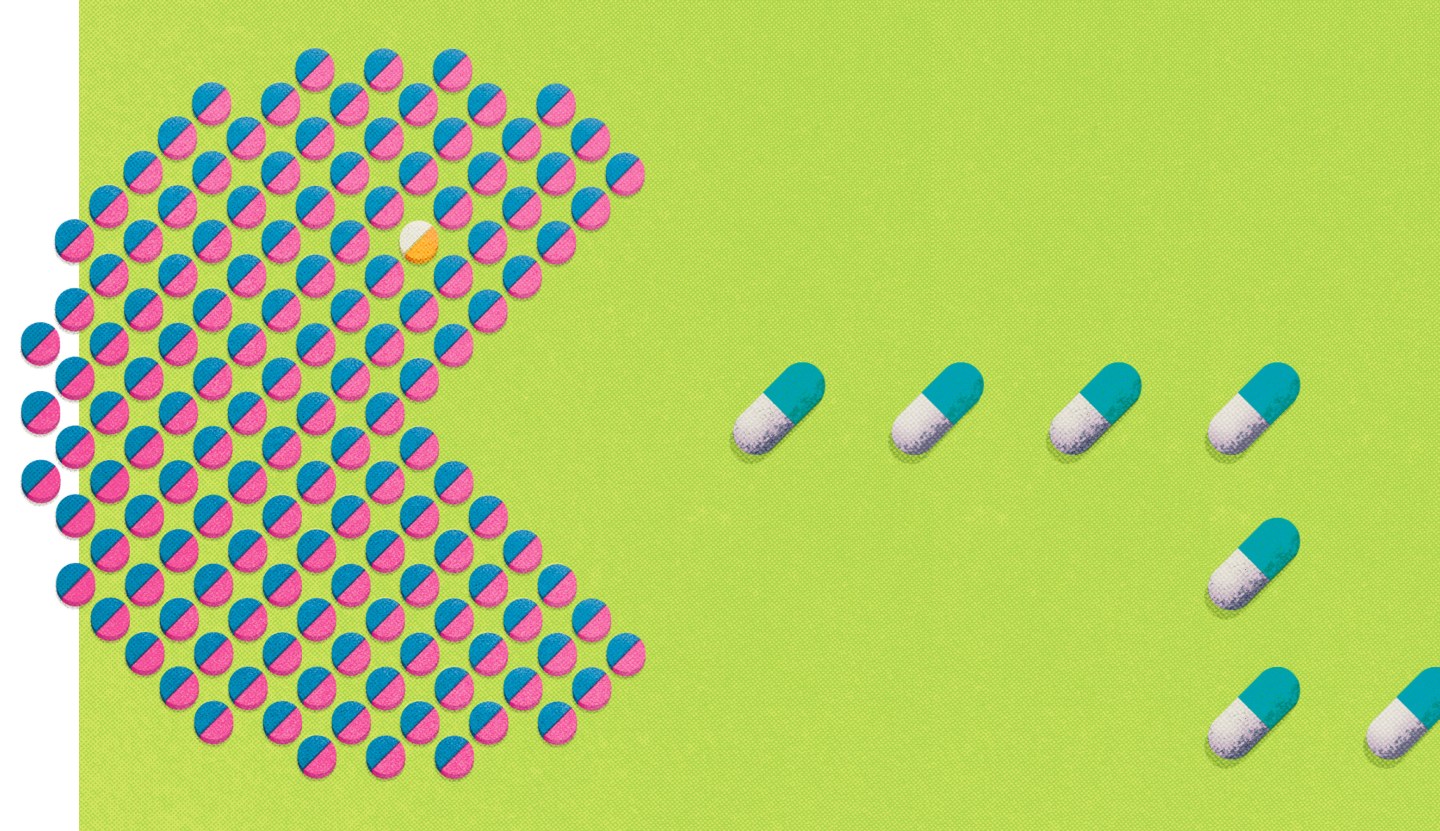 Gilead Sciences (GILD) has been good to Susan Kempler. Her $5 billion TIAA-CREF Growth & Income Fund bought the stock in 2011, the day after Gilead acquired Pharmasset, a little-known maker of hepatitis C drugs. Three-and-a-half years and two blockbuster drugs later, the shares are up more than 400%.

But for Kempler, the ride is over for now. Sales of those hep-C drugs, Sovaldi and Harvoni, are plateauing, and Gilead stayed mostly on the sidelines during a recent pharmaceutical-deal frenzy, declining to refresh its product pipeline by buying a rival. After an April earnings call in which CEO John Martin signaled that he had no definitive acquisition plans (he said he was “open to suggestions”), Kempler sold the last of her stock. Owning a stock, she says, means “buying what it can do for you for the next two to five years. And that’s where the question lies.”

Therein lies Gilead’s dilemma: With no major new deals in hand, it can’t seem to please investors, and its share price is stuck where it was last fall. Never mind that Gilead’s revenue more than doubled last year, or that its hep-C cash cow is expected to generate $16.8 billion in sales this year. Many investors worry that Gil­ead can’t hope to replicate 2014’s breakneck pace of revenue growth (driven largely by Sovaldi, which racked up $2 billion in sales in its first three months, making it the fastest-selling drug in history). Wall Street expects Gilead’s sales to grow just 1% next year—unless it can buy its next big hit. “They’re victims of their own success,” says Prashant Inamdar, who helps oversee $4 billion for Westwood Management.

Gilead is also an outlier at a time when merger mania has gripped bio­pharma executives and investors alike. Life-sciences companies closed deals worth $166.3 billion in the first quarter of this year, surpassing the value of all 2014 deals combined, according to Price­water­house­Coopers. That surge reflects a defensive mentality: Drugmakers hope the scale that comes with consolidation can give them leverage to resist pressure from health care pro­viders and insurers to rein in prices. Given its areas of specialization, Gilead wouldn’t benefit as much from consolidation as, say, a generic-drug company would, but it still faces pricing pressure: To appease Medicaid and other insurers, Gilead is already steeply discounting its hep-C drugs, which can cost more than $80,000 for a 12-week course.

Merger skeptics argue that today’s premium valuations make it a bad time for Gilead to be a biotech buyer: The recent M&A surge has driven up the prices of companies investors see as potential Gilead targets—including Vertex (VRTX) and Bristol-Myers Squibb (BMY). Still, thanks in part to the frustration over its inactivity, Gilead now trades at just 10 times this year’s estimated earnings, making it not only the cheapest stock in big biotech, but a bargain in general (the average P/E on the Nasdaq is 22). Its first blockbuster business, a line of HIV drugs, is still growing, and it has promising cancer treatments in the pipeline. The company will pay its first dividend in June and recently announced a $15 billion share buyback.

For some investors, those factors make the stock look compelling even without acquisitions. Bill Smead, portfolio manager of the $1.1 billion Smead Value Fund, says he recently took a stake in Gilead largely because it stayed out of the takeover fray. “We’re much more interested in brilliant science than we are in brilliant M&A,” he says. He thinks Gilead could be a long-term winner even if sales grow only modestly by biopharma standards. Martin Sass, whose firm, M.D. Sass, manages $7.5 billion, admits that he prefers pharmaceutical companies such as Shire (SHPG) and Actavis (ACT) that are fleshing out their pipelines by snapping up competitors, as well as generic drugmaker Mylan (MYL), which he hopes will give in to Teva Pharmaceuticals’ (TEVA) takeover offer. But he recently added Gilead to what he calls his “duller” low-risk fund—betting that it will grow, though slowly, and writing call options against it to hedge against the stock’s current stall.

Other investing pros make a case for buying Gilead relatively cheaply today, the better to profit when the company finally deploys some of its $14.5 billion cash hoard in an acquisition. Bernstein analyst Geoffrey Porges, for example, says his buy recommendation for Gilead is predicated solely on his faith that it will make another deal in the next six to nine months. M&A fans have yet another option: They could wait for Gilead to acquire something, and then decide whether to be buyers themselves. TIAA-CREF’s Kempler notes that Gilead’s stock has sometimes sunk immediately after the announcement of an acquisition—as happened with Pharm­asset, when Gilead’s shares fell 9%. Given that history, she says, “I’d rather wait and see what they buy.” Those who follow suit may get to purchase Gilead at an even cheaper price.