If cloud is the future, HP may be in more trouble than we thought 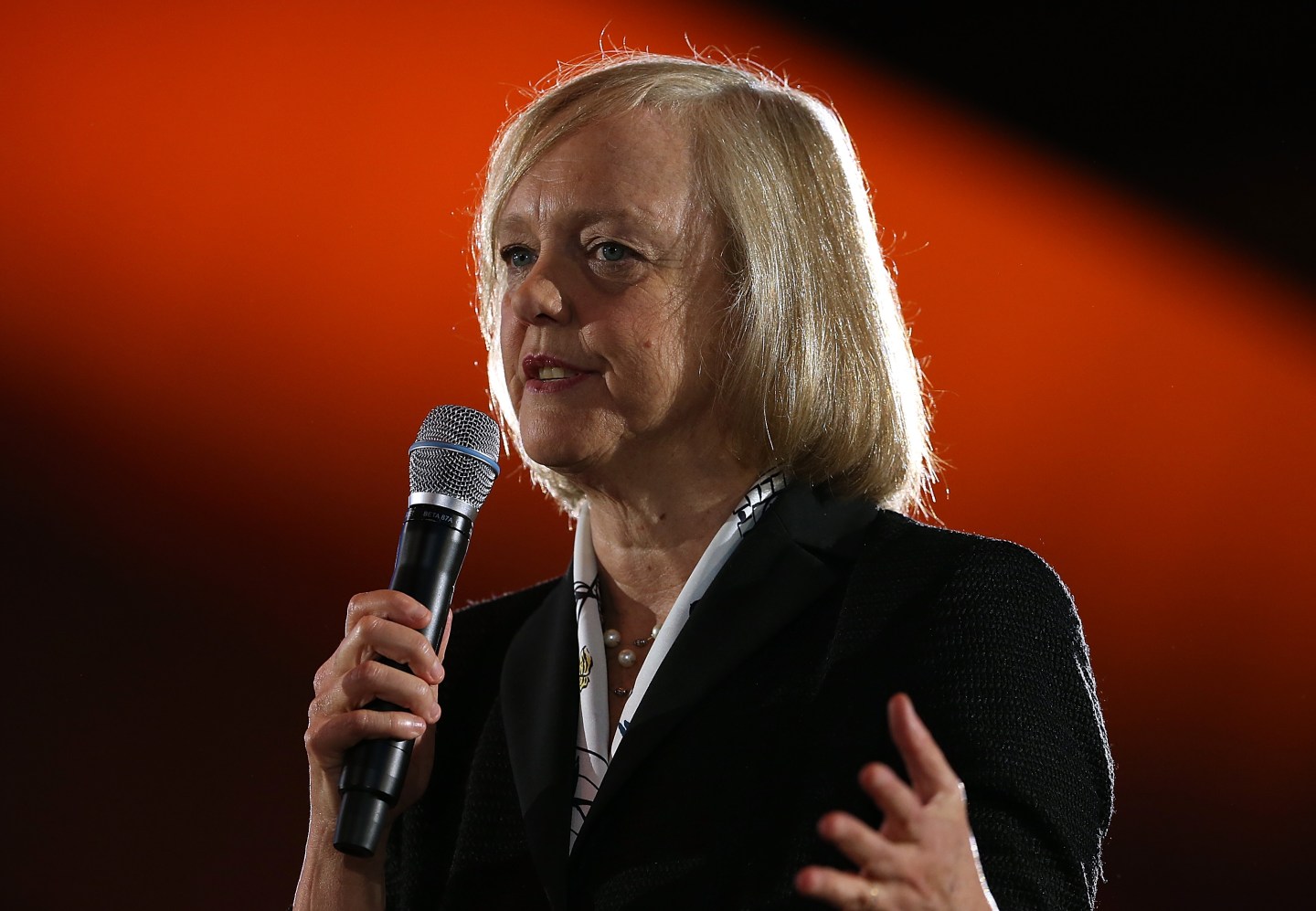 Hewlett-Packard, like all of its hardware-oriented tech rivals, has acknowledged that cloud computing is essential to the future. So yesterday’s HP earnings report has got to concern HP boosters.

For its second quarter, software-as-a-service revenue, one measure of cloud success, was down 5% year over year. And, as reported earlier this year, HP (HPQ) has put its public cloud plan on the back-burner.

It will still field sharable infrastructure for customers who want it, but HP no longer plans to build a massive-scale cloud to compete head-on with Amazon (AMZN) Web Services, Microsoft (MSFT) Azure and Google (GOOG) Cloud Platform. Given that HP did not have enough business to qualify, it fell off Gartner’s closely watched cloud infrastructure ratings that were posted this week. Ouch.

HP CEO and Chairman Meg Whitman reiterated that back-off from public cloud in an interview with CRN on Friday. She said:

“We are not in the public cloud business to compete with Amazon and Azure on a day-to-day basis in a race to the bottom for the lowest cost storage you can pull down from a public cloud.”

Instead, she said HP will offer public-cloud like resources “in the context of our hybrid infrastructure story.” That means customers can run some applications in “HP private cloud, some in HP virtual private cloud and some in our cloud that is a public cloud but operates inside your firewall.”

That is a head scratcher since it doesn’t match any commonly accepted description of public cloud.

But moving on, poor cloud traction is likely one reason that HP still does not break out its cloud revenue.

On the earnings call Thursday, Whitman acknowledged that there was not a lot of cloud discussion—much of the session with analysts revolved around the company’s impending (and expensive) breakup.

She also pointed out what has been a key issue for legacy providers getting into cloud—it’s difficult to sort out what’s truly cloud and what is older hardware and software that is being classified as cloud.

” … the success of cloud shows up in … in three places in the HP P&L. One is Industry Standard Servers because we are by far and away the leader in private cloud, whether it’s Gartner or IDC or whoever, so that shows up in ISS. Our virtual private cloud or managed cloud services shows up in Enterprise Services. And then CSA, the cloud service automation and orchestration software that knits it all together shows up in software.”

So using Whitman’s categories, let’s go down the list: Overall software revenue fell 8% to $892 million from $971 million for the year-ago quarter; standard server revenue rose 11% to $3.1 billion from $2.8 billion; and overall enterprise services revenue including outsourcing fell 16% to $4.8 billion from $5.7 billion.

Over time, HP may break out overall cloud revenues, Whitman said, “but for the moment, probably through the end of this year, we’ll report it in the different businesses.”

To be fair, even when mature tech vendors do break out cloud revenue no one really believes it, ahem IBM (IBM) and Microsoft (MSFT). But given the starts and stops in HP’s cloud strategy and changes in leadership—Marten Mickos was brought aboard as cloud chief when HP acquired Eucalyptus in September but sidelined four months later—there are doubts about how well it is executing on cloud at all.

This story was updated at 2 p.m. EST to add Whitman’s quotes from CRN.