How this company is using virtual reality to teach football 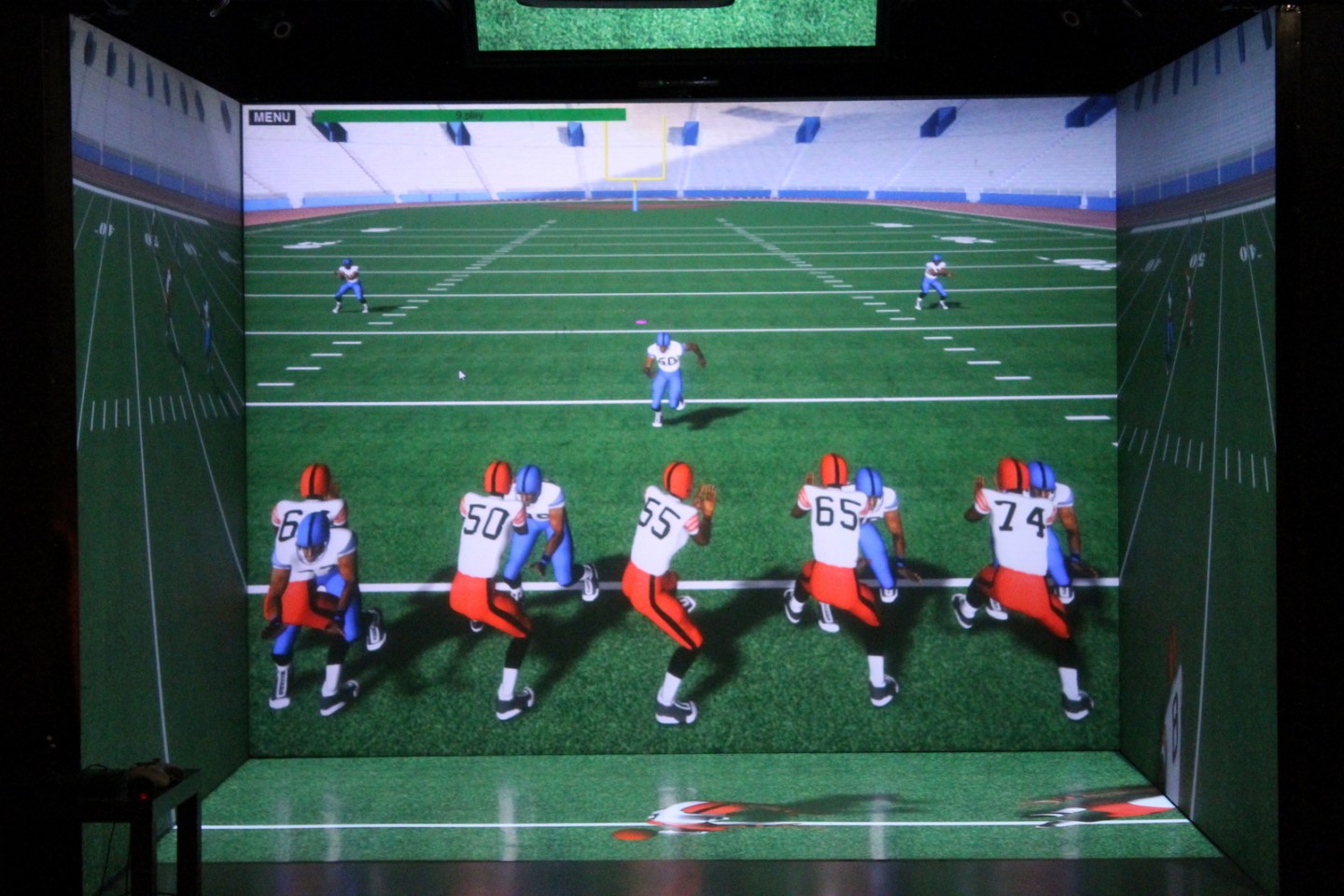 American football continues to face many health and injury concerns, which range from heat exhaustion during summer workouts to concussions and injuries on the practice field and in games. One potential way to fight against these problems is through virtual reality.

With everyone from fighter pilots to surgeons training in VR, Reilly, a former University of Kansas basketball coach, thought sports could benefit from virtual reality. In 2010, he approached Eon Reality, one of the oldest American VR companies, which was founded in 1999. In summer 2013 Eon Sports VR was born and by February 2014 the company had its first product available, Sidekiq.

College and pro teams pay an annual $799 subscription per license for up to six coaches, while high schools can buy the software outright. There are currently 600 coaches using the software, which allows any team to enter their real playbooks into the system. The VR component offers an inside-the-helmet view from the perspective of any player on the field for offense or defense.

But that’s just one part of the business plan that Eon Sports has invested in. The startup is also releasing a $39 consumer-facing VR training tool that works with multiple mobile VR headsets. Plus, the Eon Sports team is already working on expanding the football simulations to work with augmented reality devices, as well as developing a baseball VR simulation for consumers and teams.

Eon Sports teamed up with NFL quarterback coach Steve Clarkson, whose clients include Ben Roethlisberger, Tim Tebow and Matt Leinart, to offer anyone with a smartphone and VR headset a private coach that will analyze your game mechanics. The software tracks what the player does and then offers guidance on what to go back and work on.

Reilly explains that previously the only way for kids to learn to recognize different offenses or defenses was to go out and practice on a field. Using that traditional method, which often starts during the hot summer months, a player is only going to get one or two repetitions a week. With VR, anyone can get one or two reps in a matter of seconds.

“It’s like manufacturing the next Peyton Manning,” Reilly says. “Beyond getting kids out of the heat, this technology can cognitively improve the way they read offenses and defenses. If an entire team of kids is spending time playing in VR, by the time they hit the real field they should be making less mistakes. The quarterback should be leading his teammates out of harm’s way.”

According to Reilly, the goal is to democratize the access to this training so anyone can benefit from this technology. “The VR experience is the same for an NFL player or a 10-year-old kid in Kansas,” Reilly says.