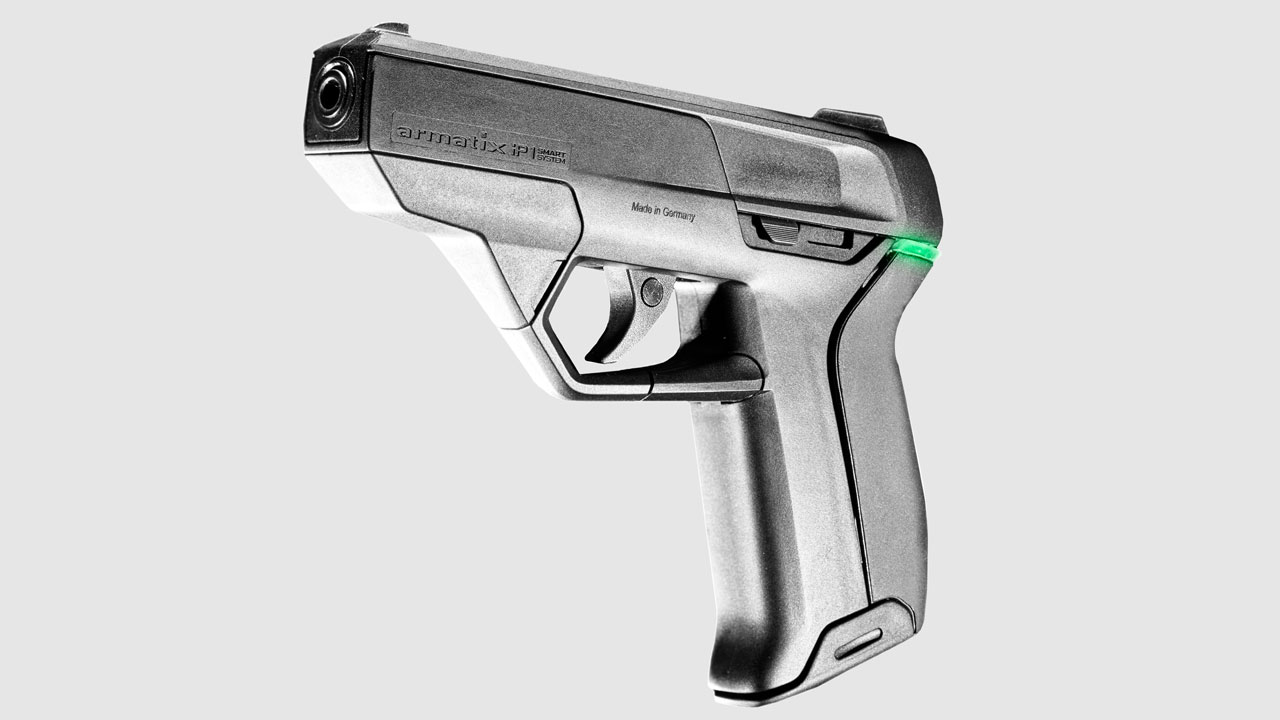 Photograph by Ian Allen for Fortune

The manufacturer of the only so-called “smart” pistol available on the market today has entered chapter 11-style restructuring proceedings in Germany, the company confirmed to Fortune yesterday.

“This is a corporate restructuring, not an insolvency proceeding,” a spokesperson said in an emailed statement. “Armatix will continue operations and does not anticipate any changes to its majority shareholders.” The spokesman did not return calls seeking to discuss the situation further, nor did the company’s U.S. CEO Belinda Padilla or its chief shareholder Bernd Dietel, who is based in Switzerland.

The timing of the development was unfortunate for the company. Today Armatix was to have been a key presenter at the first of five smart gun technology fairs that a gun safety group had organized to familiarize local law enforcement officials with developments in the area. On Tuesday, however, Armatix informed Rabbi Joel Mosbacher, a co-chair of the group, that it would be unable to attend today’s fair at the New Rochelle (N.Y.) Police Department because the custodian appointed to oversee the company’s finances had refused to authorize travel expenses, according to Mosbacher. The fair will go forward with four other smart gun designers participating, Mosbacher says.

Smart guns—also known as personalized or authorized-use firearms—are designed to prevent firing when the wrong person pulls the trigger. Supporters of such technologies hope to reduce the number of deaths and injuries that occur when, for instance, children find and play with their parents’ guns, or when criminals murder police officers with their own service pistols. Some smart guns, like Armatix’s, use RFID technology—preventing the gun from firing unless the user is wearing a special watch, bracelet or ring. Other smart gun prototypes, which have not yet been commercialized, employ fingerprint readers on the grip to identify authorized users.

Officially, the National Shooting Sports Foundation (the trade group for the American gun industry) and the National Rifle Association take no position on personalized guns, but each has expressed skepticism about their reliability and the motives of those advancing them, whom they see as gun-control advocates in disguise.

Armatix was known to be in turmoil. On April 20, as Fortune previously reported, Armatix’s co-managing director and head of technical operations Ernst Mauch abruptly parted ways with the company. (Both the company and Mauch have declined comment on what triggered the departure.) Mauch is an eminent weapons designer who had worked for more than 30 years for Germany’s Heckler & Koch, and his presence at Armatix had leant the company technical credibility.

Armatix is a private company based in Unterföhring, Germany, near Munich. Its last publicly filed financial statement was for the 2012 year, and it appears to show €3 million in losses that year, on top of €11 million in losses for the previous year. (Armatix declined to comment on the figures, which were previously reported by Examiner.com.)

But the company’s performance since then cannot have been favorable. Its first two attempts to sell its personalized pistol—in February 2014 at Oak Tree Gun Club near Los Angeles and in May 2014 at Engage Armament in Rockville, Maryland—were each stymied within days when each dealer was hit with boycotts and death threats. Many of those protesting cited a New Jersey state law, enacted in 2002, which provides that if a personalized handgun is for offered for sale anywhere in the country, the clock starts ticking, and three years later only personalized handguns will be lawful for sale in New Jersey. (State senator Loretta Weinberg, the original sponsor of the legislation, has said she is considering introducing a bill to repeal or modify the law later this year.)

Since January, Armatix has offered its pistol for sale through a dealer in Nebraska who sells the gun to other dealers around the country via the web site smartgunz.com. Those other dealers can then resell the pistol to retail customers in accordance with state law. The Nebraska dealer has declined to tell Fortune how many he has sold, but has said he has sold some.

Aside from boycotts, the Armatix gun, known as the iP1, has also faced conventional market hurdles. It is a .22 caliber weapon—a size some gun owners disdain as too small for self-protection—and it sells for nearly $1,800, at least triple what many pistols cost.

But Armatix also has a nine-millimeter pistol in its pipeline—the most popular pistol size in the U.S.—and that model, called the iP9, is being built to meet police and military specs.

Many advocates of smart gun technology believe that gun users will not trust and adopt the technology until law enforcement or military forces have done so. This has been the view of Mosbacher, a rabbi in Mahwah, N.J., who is also the co-chair of a national campaign run by the Metro Industrial Areas Foundation, called “Do Not Stand Idly By.” The campaign aims, as Mosbacher explains it, to “reduce gun violence by using the purchasing power of U.S. police and military, who collectively purchase 40% of the guns sold in this country each year, to press gun manufacturers directly to create safer distribution systems and safer technology.”

The New Rochelle event was the first in a five city tour the group has scheduled to familiarize local police officials in different jurisdictions with the new technologies that are being developed.

Although Mosbacher originally invited reporters to attend today’s fair, he closed the event to the press on Tuesday. This change was not prompted by Armatix’s withdrawal, Mosbacher maintains, but rather by the requests of the other exhibitors, who thought it would facilitate more open dialog with public officials.