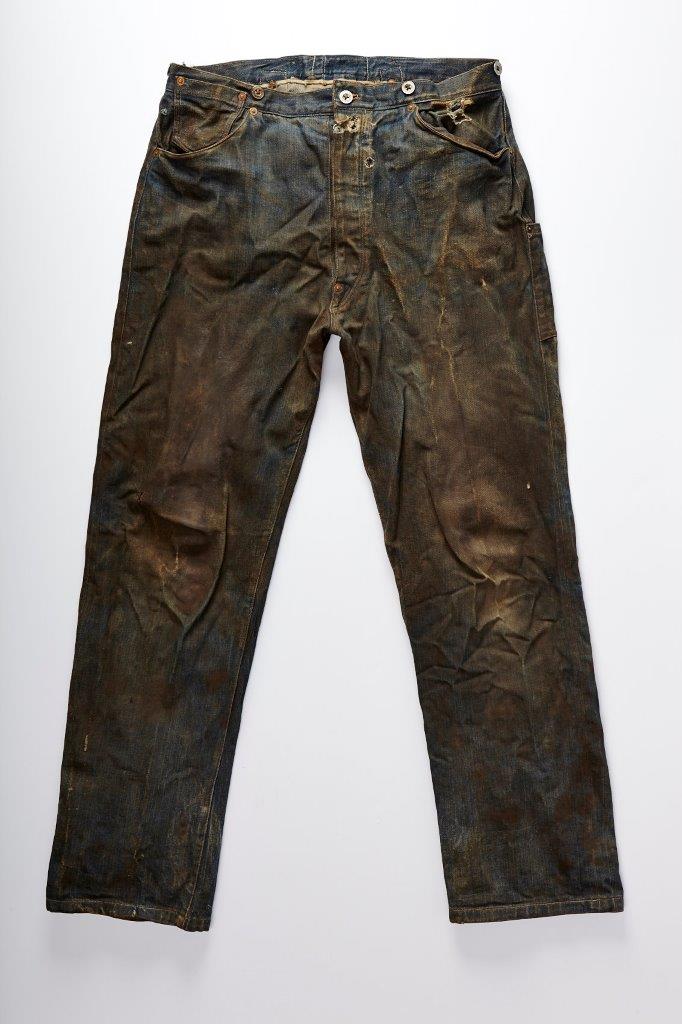 How old is your oldest pair of jeans? (And, while we’re on the topic, when was the last time you washed them?) No matter your answer, Levi Strauss & Co. almost certainly has one on you.

To mark the 142-year anniversary of Levi’s 501 jeans, the apparel maker announced on Wednesday that its archives department had acquired a pair that dates back to the 1880s. And, despite the fact that they are one of the oldest pairs of jeans in existence, they look pretty good. “Except for wear marks and a few minor holes and tears, the pants, which date to around the 1880s, are pristine,” according to a Levi’s blog post on the acquisition.

Levi’s has named the duds the “New Nevada Jeans,” as they were discovered in the Silver State. They sport a few minor differences from the ubiquitous 501 model. “The yoke is narrower, and the leather patch is in the middle of the waistband, rather than on the right side,” according to the company.

Originally called “overalls,” blue jeans date back to the American Gold Rush era of the late 19th century. In 1873, the U.S. government granted a patent to Levi Strauss for what would become the company’s 501 jeans, based on its rivet-reinforced fastenings. Jeans were practical, tough work pants, the kind that could take a beating when you were out in the field. By the early 20th century, though, they had become a fashion statement, fit for the kind of people who had never even set foot on a working ranch.

With $7.1 billion in 1996 sales, the company used to be bigger than Nike. By 2003, Levi’s revenues had bell-bottomed out to $4.2 billion. Over the next decade, sales rose only barely as the company failed to translate affection for the brand into actual purchases. Levi’s design team was late to key trends, like colored denim for women and more tailored jeans for men. Once in the top quintile of the Fortune 500, Levi dropped off the list in 2012.

Things have begun to turnaround since then. By the end of 2014, the company had hit its financial goals for the second year in a row. Full-year revenues increased 2% to $4.8 billion. Net income was down year, but adjusted EBIT—the company’s preferred measure to track profitability—was $504 million last year compared to $467 million in 2013. The company also grew revenue in both Europe and Asia for the first time in three years.