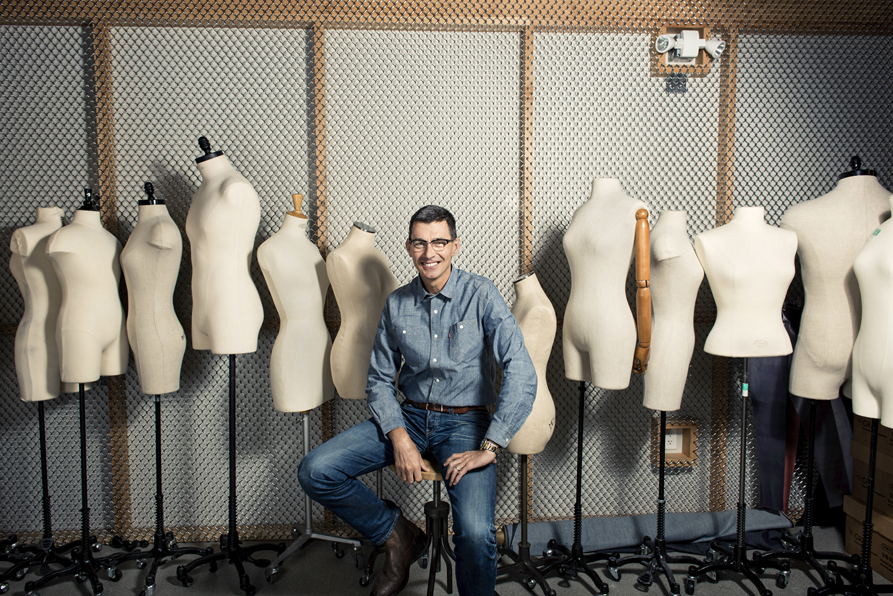 In 2012, Levi Strauss CEO Chip Bergh announced to his staff a company-wide goal: Grow revenues as well as profits, modestly and steadily, year in and year out. While the target may sound somewhat modest for the largest jean maker in the world, it was a financial ambition that the 161-year-old family-controlled business had failed to achieve consistently for decades.

“If we want to be a great company, that is what great companies do.” Bergh said in a story from the October 6th issue of Fortune. “No matter what. No excuses.”

After reporting fourth quarter and fiscal year 2014 results Thursday, Bergh says he has no need to come up with any excuses. For the second year in a row, he hit his goal. Full-year revenues increased 2% to $4.8 billion. And while net income was down this year to $106 million, adjusted EBIT — the company’s preferred measure to track profitability — was $504 million last year compared to $467 million in 2013. In the Americas in the fourth quarter, revenues were up 8% to $894 million — largely based on Black Friday sales. The company also grew revenue in both Europe and Asia for the first time in three years.

Despite hitting his overall target, Bergh acknowledges there is much work to be done to make Levi the iconic brand and financially sound company he’d like it to be. The CEO’s vision is to make Levi the undisputed Goliath of denim it once was, but a fragmented denim market that is experiencing only modest growth is making that goal challenging to achieve.

A big part of Bergh’s strategy moving into 2015 is to make the Levi brand more relevant for women. After missing key trends in the past like colored denim and stretchier fabrics, the company is laser-focused on enhancing its offerings for female customers. “I don’t know how many times we’ve done this,” Bergh said on an earnings call Thursday referring to efforts to revamp Levi’s offerings for female customers. Yet Bergh is confident after marketing testing and research that the company’s latest offering for women, set to hit stores in the latter part of 2015, will be on target. The latest line might even help offset rapid growth domestic athletic apparel market bolstered by women trading in their favorite pair of jeans for yoga pants.

“I am very optimistic that we’ve nailed this,” Bergh said after the call in an interview with Fortune. “We are not afraid of yoga pants. I am on a mission to get women back into jeans.”

Bergh’s goal for 2015 is also to cut the company’s products for women by about half to “make shopping easier.” Although sales from women represent roughly 20% of annual revenue, the company makes 65 different fit blocks for three different women’s lines. That’s more than double the fit blocks they have for men.

“We do have quite a bit of complexity in the women’s market and it makes it tough to shop,” he said. “It is hard to figure the whole thing out.”

The data Levi gathered through November indicated that denim sales are still soft, particularly on the women’s side. Yet Bergh is still optimistic about what he predicts will lead to an upswing in the next six to 12 months. Denim has seen a pickup in runway shows and high-fashion lines recently, says Bergh, and quite often that translates to higher sales in the marketplace.

Despite the acknowledgment how high fashion can have a huge impact on retail sales, Bergh didn’t mention that New York Fashion Week just started this week. Despite the omission, Fortune can predict what garment he’s hopeful will frequently be coming down the runway.