Why fans are more important than lobbyists 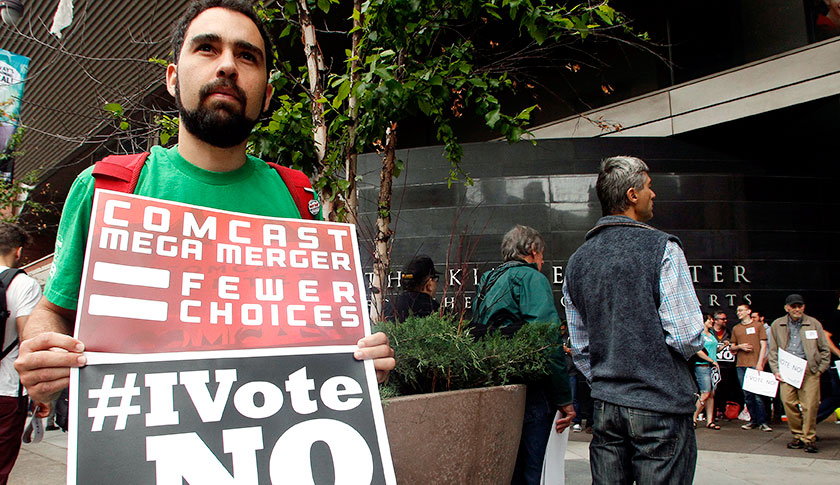 Photograph by by Tom Mihalek — Reuters

Comcast’s (CMCSA) failure to win its costly campaign for government approval of a merger with Time Warner Cable (TWC) (see “How Comcast lost friends, its influence, and the bid for Time Warner Cable”) ­carries a broader lesson for readers of Fortune. And it’s not just that Washington hates Big ­Business—although there’s certainly something to that.

Rather, it’s that in today’s world the path to power flows more directly through the people. We suggest Step 1 of CEO Brian Roberts’s recovery plan should be to embrace the lessons of Moises Naim’s excellent book, The End of Power. He’ll learn that the traditional tools used by the powerful to exert their will over others—think overpaid lobbyists and crates of campaign cash—have atrophied. Meanwhile, the tools that allow one person to have a voice—think of the person in the streets of Cairo, Hong Kong, or ­Ferguson—have proliferated.

In Comcast’s case, the company had the opportunity to directly touch the lives of millions of people who connect to its cable and broadband services daily. But it squandered that opportunity with notoriously bad service, made possible because of its near monopoly status in most markets in which it operates. Search any Internet list of “most hated companies” and you are likely to see Comcast’s name.

Compare that to another company that has spent ­relatively little on lobbying, yet had success defeating entrenched interests in dozens of government battles around the world: Uber. Why does Uber win when Comcast loses? It’s not CEO Travis Kalanick’s charm. Rather, it’s because Uber’s users love the service it provides and have become the company’s most powerful advocates.

Don’t get us wrong: We are not saying Uber is “good” and Comcast is “bad.” Life is more complicated than that. But we are saying that for companies to succeed in today’s environment, maximizing profits is not enough. A successful company needs its customers, its workers, and the communities in which it operates to be on its side, or trouble will follow.

And speaking of complicated, Americans’ food tastes are changing rapidly. We’re collectively seeking out GMO-free, gluten-free, probiotic, locally grown food without any clear sense or science to tell us why. It’s all very confusing. In this issue we attempt to clarify. Please see links to our special package of food stories below.

How Americans eat: A graphic history

Commercial farming… in your subdivision?