Hyundai: We don’t expect our new Sonata plug-in hybrid to be a big hit 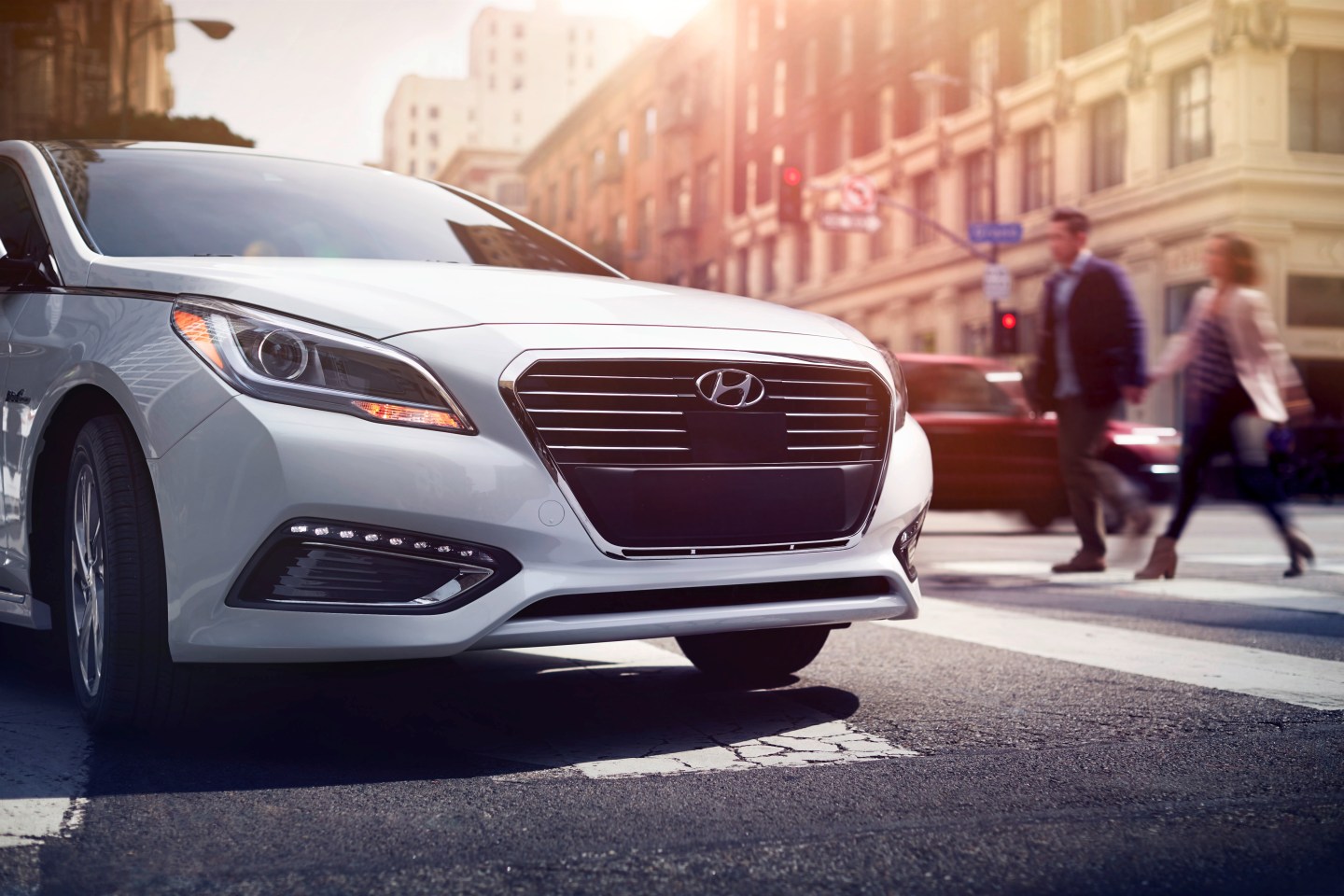 MY16 Sonata Hybrid
Courtesy of Hyundai

If the planners, designers, engineers, business strategists and executives of Hyundai Motor Co. had much say in the matter, they probably wouldn’t manufacture the new 2016 Sonata plug-in electric hybrid vehicle (PHEV).

The stylish and highly fuel-efficient midsize sedan, which arrives at dealers this fall, can run for about 20 miles on its electric motor only or more than 600 miles in combination with its gasoline engine. (Hyundai claims internal estimates are 24 mpg on all electric.) The car features a rechargeable battery, rather like a Chevrolet Volt. But, like the Volt, the car is costly to design and manufacture, complicated and – if sales statistics are any indication – represents a technology that’s not in demand in 2015: Relatively low gasoline prices are making hybrids and all alternative-fuel vehicles less appealing.

Yet build PHEVs Hyundai must, in order to comply with zero emission mandates for cars in 10 states, including California, Oregon and several in the northeastern U.S. Within the next decade, automobile manufacturers are required to sell a minimum number of cars that don’t emit carbon dioxide – in other words, battery-powered electric vehicles, fuel cell vehicles that run on hydrogen or, to a limited extent, PHEVs. Sonata PHEV is a specialized version of Hyundai’s regular gas-electric hybrid, new for 2016.

PHEVs qualify for partial zero-emission credits since they do burn gasoline when in conventional engine mode. The battery may be charged by the gasoline engine while driving or via the plug-in option when the car is parked, usually in the owner’s garage. The 10 states mandating zero emissions account for roughly a quarter of the new vehicles sold in the U.S. Hence, manufacturers have little choice but to develop electric vehicles like the Nissan Leaf, Volt and the new Sonata – or face severe loss of sales.

But consumers lack enthusiasm: In April, Kelley Blue Book reported tepid sales of 67,867 hybrids, electrics and other alternative vehicle cars, down 15.4% from a year earlier, out of about 5.4 million vehicles sold in the U.S. Toyota’s Prius, once wildly successful when gas prices were climbing – and saving the planet was more in vogue – accounted for most of the decline. “It is true that there is not a great market demand for these (alternative fuel) cars,” said John Shon, a Hyundai planner. “But it’s also true that we are developing and refining technologies that could be very big in the future.”

Hyundai’s Sonata plug-in hybrid competes directly against similar sedans from Honda and Ford. Hybrids are far more costly to manufacture than conventional vehicles because they need two propulsion systems, gas and electric, plus a large battery and substantial computing power. Though Hyundai hasn’t yet disclosed the price of its new model, it likely will be in the vicinity its competitors. Ford’s Fusion Energi retail price starts at about $35,000; Honda’s at about $40,000. (The gasoline version of the 2015 Sonata can be purchased for about $22,000.)

The federal and state governments offer various incentives for alternative-fuel vehicles. Hyundai said its new Sonata plug-in will qualify for $4,900 in tax benefits. Hyundai and the state legislatures in 10 states are counting on consumers to look beyond the fiscally questionable rationale of buying a new PHEV. Whether higher energy prices or fear of environmental disaster might be enough to persuade them remains to be seen.