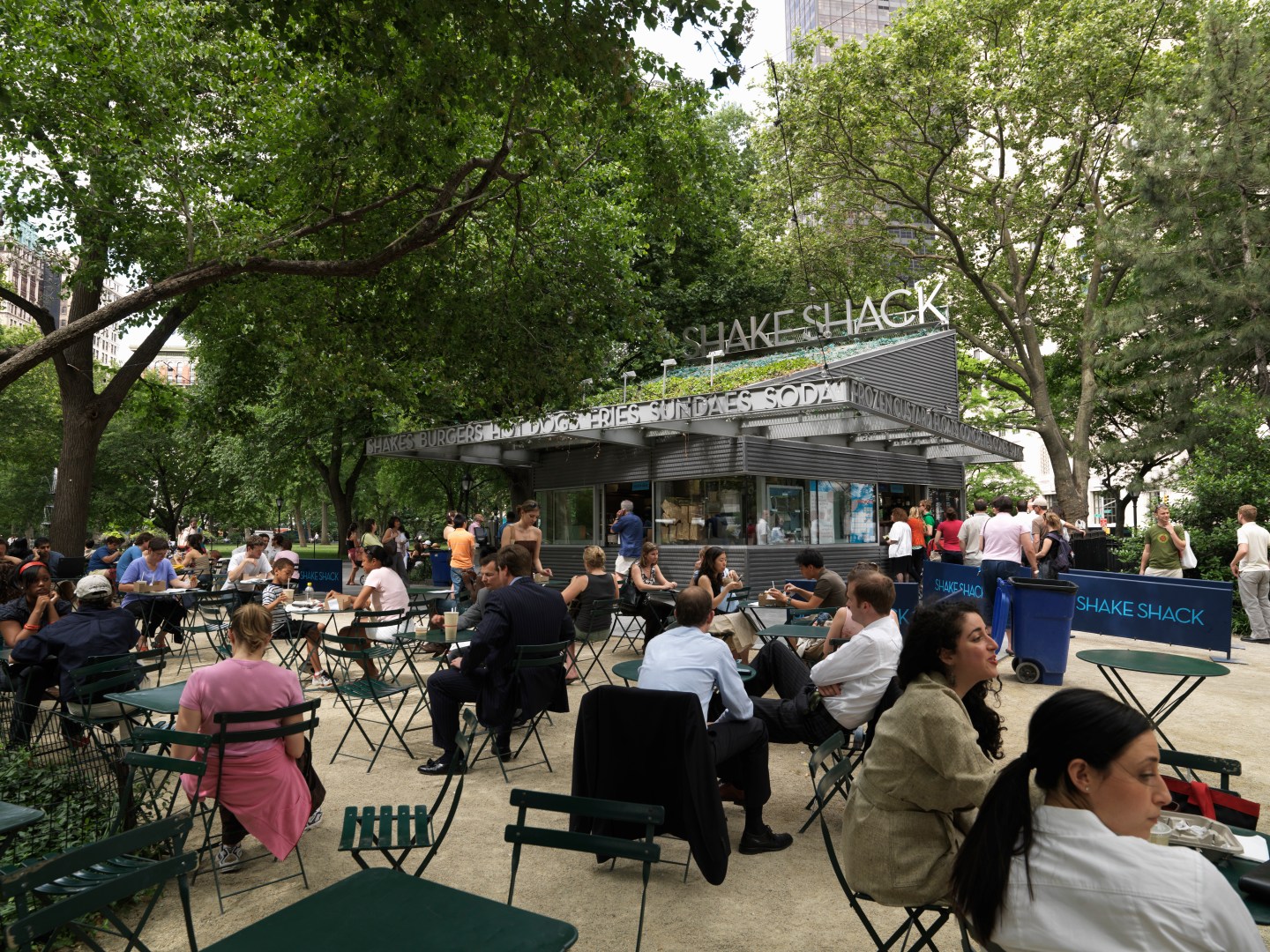 Less than a week after Shake Shack reported stellar first-quarter results, the burger chain has something else to celebrate. Today marks the reopening of its flagship Madison Square Park restaurant in New York City.

Shake Shack (SHAK) will officially reopen the restaurant at 11 A.M. today, after a more than seven-month renovation process that was enacted to firm up the original Shack for the next decade.

“When Shake Shack renewed our lease with the City of New York, we committed to a complete renovation to restore the original Shack and prepare for the decade to come,” said Shake Shack CEO Randy Garutti.

The restaurant chain is celebrating the reopening with a new burger that will only be available at that one restaurant. Called ParkBurger, it is topped with Jasper Hill Farm raw cow’s milk cheese sauce and all-natural Niman Ranch applewood smoked bacon.

Shake Shack originated from a hot dog cart in 2001 that was meant to help rejuvenate New York City’s Madison Square Park. In response to that cart’s success, the city awarded Shake Shack a contract to create a kiosk, a restaurant that officially opened in 2004. The location became well known among locals and tourists for its long, winding lines in the park.

Shake Shack’s Manhattan locations (it now operates seven restaurants on the island) have been critical to the company’s early success as it expands across the U.S. and into international markets. When Shake Shack filed to go public late in 2014, it said average unit volumes were about $7.4 million for Manhattan Shacks but just $3.8 million for restaurants off the island.

Shake Shack executives earlier this month said they were pleased with higher traffic and strong results from new locations opened outside the company’s original home in Manhattan. The first-quarter results, which exceeded Wall Street’s expectations, were also strong despite the fact that the Madison Square Park site was closed.

Still, Shake Shack has warned that the reopening of the Madison Square Park location could cannibalize the higher sales at other Manhattan Shacks, which have performed better as a result of that location’s closure.