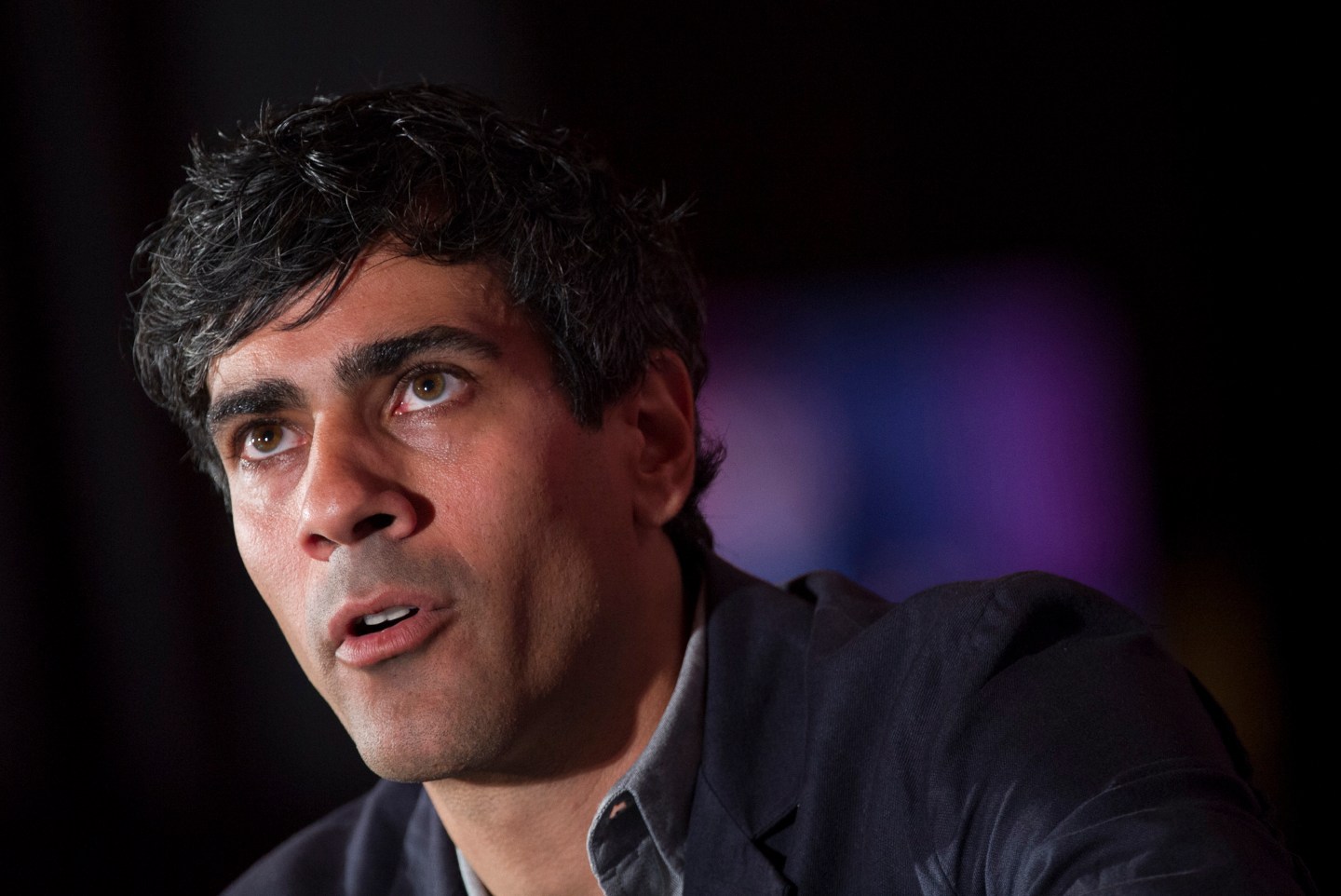 As you may have heard, Yelp (YELP) is on the block.

The business-listings company is working with bankers like Goldman Sachs, according to a Bloomberg report from last week. But since then, there has been only quiet. While the media has guessed about potential buyers (Yahoo, Google, and Facebook are obvious candidates), there have been no new developments. And the Wall Street Journal speculates that because of recent challenges and the nature of Yelp’s business model, “a sale is far from assured.”

Ironically, that may be just what Yelp co-founder and CEO, Jeremy Stoppelman, is hoping for.

In 2013, Stoppelman spent extensive time with Fortune at Yelp’s San Francisco headquarters for a profile that ran in our 40 Under 40 issue. At the time, Yelp was flying high: its stock price was up 166% from a year before, it had made key acquisitions and launched in a slew of new countries. In fact, the company was hiring so many new ad salespeople that it was preparing to move into larger offices.

At that time, Stoppelman broached the subject of selling Yelp. The founder had reportedly declined two different acquisition offers in the past: one from Google for $500 million, one from Yahoo for $1 billion. Asked about turning those deals down, and about other potential offers in the future, Stoppelman was cagey but expressed that he had absolutely no interest in selling Yelp—and that it would conflict with his long-term goals. In terms of competition, he said, “The keep-me-up-at-night stuff is, Who’s going to build the next mousetrap? Are we not going to be able to respond to it, for some bizarre reason?”

When specifically asked about Google (GOOG) , which has its own local-business search products, Stoppelman said, “We get a lot of our traffic from Google—obvious risk factor. But that’s something we’ve been dealing with for nine years and are pretty comfortable with, even as they’ve gotten increasingly aggressive in trying to put roadblocks in front of consumers in getting to the Yelp content.”

When they spoke to Fortune for that profile in 2013, some of Stoppelman’s closest advisors were less circumspect. On the notion of selling Yelp, Elon Musk said, “Jeremy may have brought it up with me—he might have sent me an email to that effect, actually—and my default response usually is to say it’s not worth selling. My view is, As long as someone is enjoying what they’re doing, and they’re making good progress, then it’s rarely the right decision to sell. Because, what are you going to do? Have a bunch of money, and then what? You could go start something new, and maybe that’ll be more interesting, but maybe it won’t. So unless he’s more passionate about something else, it doesn’t make sense to sell Yelp.”

Stoppelman certainly wasn’t more passionate about anything else, and sources at Yelp tell Fortune that nothing has changed. It’s likely he does not really want to sell. But the founder is being pressured to at least court offers. That’s because Yelp has slowed in user growth even as its costs have risen. The stock is down more than 14% this year so far, and down 16% in the past six months. For Q1 2015, the company reported a $1.28 million loss. But this week’s acquisition of AOL by Verizon may also be a sign of a friendly market for Yelp.

Still, Stoppelman may prefer to take time to fix the problems rather than sell. In an interview with Fortune, Vlado Herman, Yelp’s former CFO, called Stoppelman “stubborn” and added, “he’s a competitor, he doesn’t like to lose.”

Peter Thiel was another mentor of Stoppelman’s who spoke to Fortune in 2013, and he said that the two of them would go running in San Francisco’s Crissy Field, “at some critical inflection point on the business… like what to do with the Yahoo offer.” Thiel, like Musk, told Stoppelman not to sell. “It simply is more valuable than any acquirer would value it at, because if you have a business that is compounding 50% a year, people will not give you credit for that,” Thiel recalled telling him. “I think the company is worth more than any acquirer would pay for it.”

That run they took was nearly three years ago; today Yelp’s market capitalization is $3.54 billion, thanks to stock gains on the news of the potential sale. The day before reports broke of the possible sale, its market cap was $2.9 billion. CNNMoney calls the stock price “absurdly expensive” and notes, “it’s hard to imagine a buyer that wants to overpay for Yelp.” Media have speculated that Yelp could fetch somewhere in the neighborhood of $4 billion.

If Stoppelman believes he can still turn Yelp around, don’t be too surprised if there isn’t a sale.