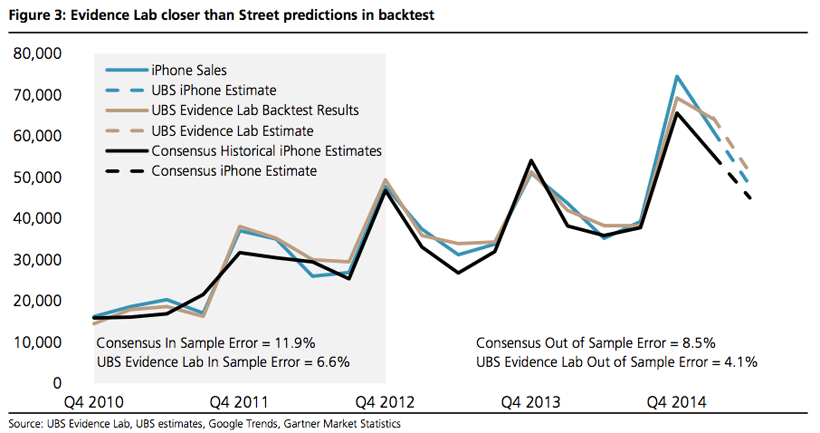 In a note to clients issued Thursday, UBS’ Steven Milunovich raised his iPhone sales estimate for the June quarter to 48 million from 43 million.

That’s a lot of extra iPhones, and it bodes well for the company’s results in calendar Q2 (Apple’s Q3).

Milunovich’s new estimate is based on rising consumer interest in the iPhone as measured by Google searches in 20 countries. UBS’ proprietary Evidence Lab iPhone Monitor actually pegged iPhone demand at 51.1 million units, well over the 45 million that he says is Street’s consensus. But the Monitor tracks consumer demand (sell-through) while Apple reports sell-in, which is why Milunovich is going with 48 million.

He offers the attached chart as evidence that the Monitor knows what it’s doing.