How the nail salon industry can clean up its act 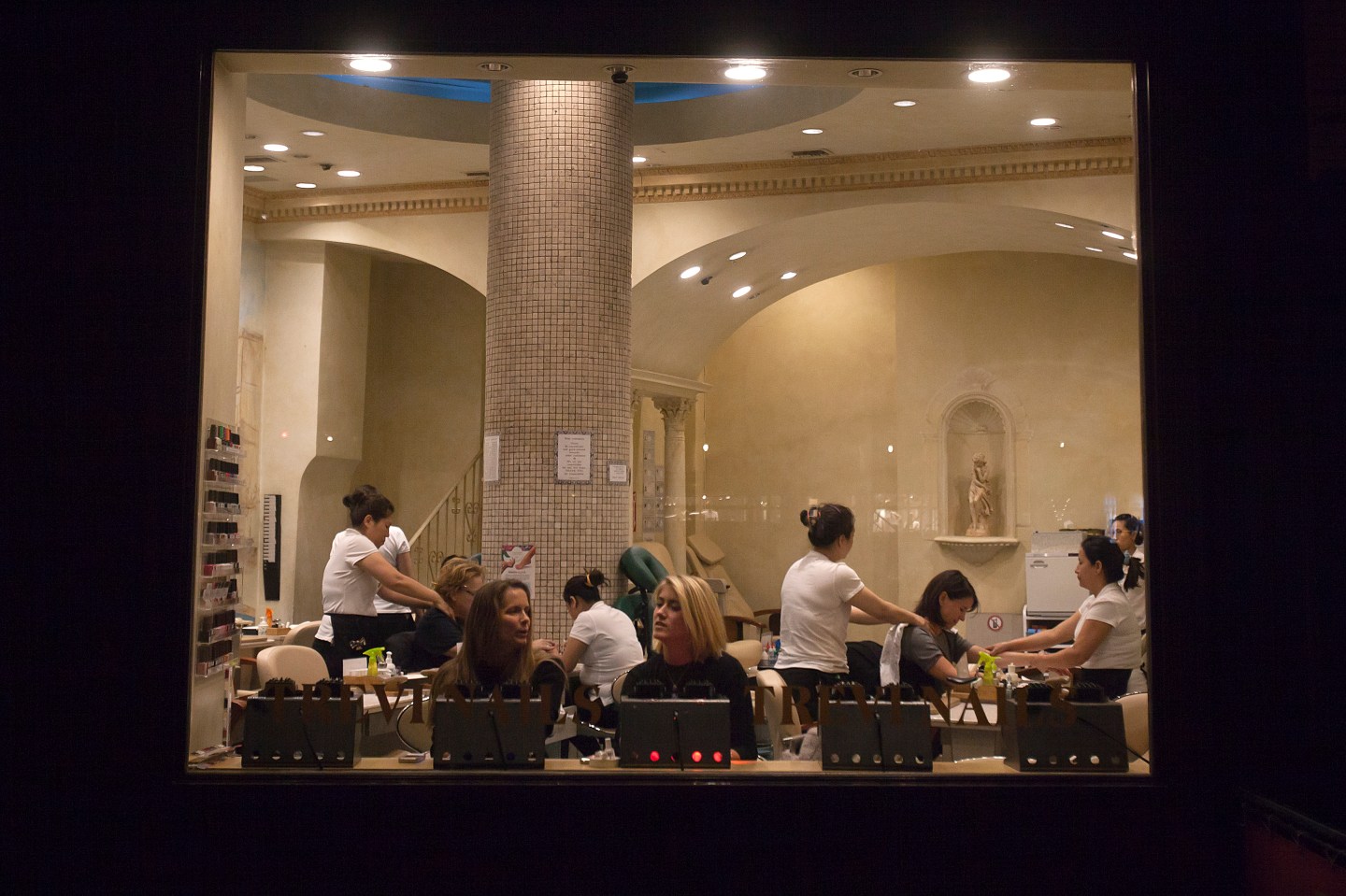 From those in the industry who will talk, there’s little agreement. Some spokespeople insist that products are safe, as long as they’re used as directed, and say that educating nail technicians is the key to avoiding risk. Others, however, say that the industry must take broader action. Not surprisingly, many workers’ advocates are calling for more regulation and enforcement, along with harsher penalties for nail salons that don’t protect employees.

“The manicure-pedicure industry needs to look at what measures it can instantly impose upon itself voluntarily to head off substantial regulation. And [those measures] could be onerous,” says Sam Singer, president of Singer Associates, a San Francisco-based crisis communication firm.

Beyond allegations of wage theft and other violations alleged in the Times story, it’s not unusual for salons to hire nail technicians on commission, which may not equal the minimum wage for the number of hours worked, says nail salon consultant Jaime Schrabeck, who is also the owner of Precision Nails, a salon in Carmel, California. Even workers who went to school and are licensed often do not know this practice is illegal, she adds. Schrabeck says cosmetology schools and other training facilities should also teach students and trainees about their rights when it comes to getting paid.

New York’s new regulations require salons to be bonded, so those assets can be tapped for worker reimbursement if salon owners aren’t paying fairly. Getting such a bond for several thousand dollars shouldn’t be too prohibitive for salons, and would further protect employees, says New York City employment attorney Lloyd Ambinder, a partner at law firm Virginia & Ambinder, LLP, which is representing workers who filed suit against Envy Nails, alleging wage and other labor violations.

Over the past five years, the Occupational Health and Safety Administration (OSHA) has spent more than $1 million in an effort to educate the nation’s roughly 87,000 nail salon workers about possible health and safety issues. But the licensing process, which is required in all 50 states, is the best route to reaching and educating them, says Bridget Sharpe, government affairs and industry relations manager with the Professional Beauty Association (PBA), an industry trade group. Licensing standards and requirements vary from state to state and the industry could use more consistency, she says. Sharpe adds that the PBA will be “reaching out to the [New York] governor’s office to work together.”

Charlene Obernauer, executive director of New York City Committee for Occupational Safety and Health (NYCOSH), a membership organization of groups concerned with worker health and safety, believes that barriers to licensure also put workers at risk. In New York, NYCOSH advocates removing requirements such as immigration status and having a tax identification number so workers can be licensed regardless of their citizenship status. She also says the exam should be offered in Nepali, as people from Nepal make up one of the largest populations of nail workers in the city.

“That’s a huge issue, and I think it’s where New York State can really step up,” Obernauer says.

Nail salon health concerns include long-term exposure to chemicals, transmission of infection and disease, and repetitive stress injuries. Schrabeck says that many major manufacturers have already removed the controversial chemicals toluene, dibutyl phthalate, and formaldehyde from their formulations. However, some salon owners buy cheaper brands that may contain the chemicals, which are legal in the U.S.

An emailed statement from OSHA says that it has been concerned about nail salon health issues and is looking at updating the agency’s “outdated” Permissible Exposure Limits for Workers, which have not changed since their adoption in 1971. But regulatory consultant Doug Schoon, co-chair of the Nail Manufacturer’s Council (NMC) which was created by the PBA and includes nail care product manufacturers, says most risk can be eliminated through using products according to manufacturers’ directions. That includes using gloves where indicated and ensuring that the salon is properly ventilated.

Still, not all nail salon workers are in a position to stand up to poor workplace practices. Schrabeck says salon owners need to take responsibility for the products they use and the working conditions in their salons. “At some point the salon owners have to be held accountable for what they’re doing. You can’t tell me they don’t know that what they’re buying, based on the price, based on the packaging, is not adequate, that it’s not meeting what would be considered the minimum standards for what should be used,” she says.

In addition, she says simply requiring workers and customers to wash their hands before a manicure can help make conditions more sanitary. Giving workers adequate breaks, comfortable seating, and proper sanitizing equipment are all basic, but important practices in a well-run salon, she adds.

MiniLuxe avoids some of these issues by simply not offering certain services, such as acrylic nail application and others that contain harsh chemicals. The company’s gentler approach helped it close $23 million in Series C funding in October 2014. Thirlwall estimates it will double its number of locations over the next year.

Ambinder says widespread enforcement of labor and health laws will be an essential part of change. He suggests giving salons letter grades, much like New York City restaurants currently receive. After a regulatory inspection, the salon would get a “grade” based on its ability to demonstrate compliance. If your salon meets health and wage standards, it may get an “A.” Have poor ventilation or can’t prove you paid your workers properly? You might get a “C.”

Posting the report cards could motivate compliance and help some businesses attract customers. “I think that nail salons [with good grades] could double or triple their business,” Singer says.

But, many experts agree that this is also an economic issue, driven by consumer demand for cheap grooming services. Even with all of the attention that’s been paid to nail salon workers, the industry as a whole and salons, in particular, need to inform consumers about why it’s time to stop shopping for nails done on the cheap.

“Ultimately everyone is getting shorted except for the salon owner,” Schrabeck says.