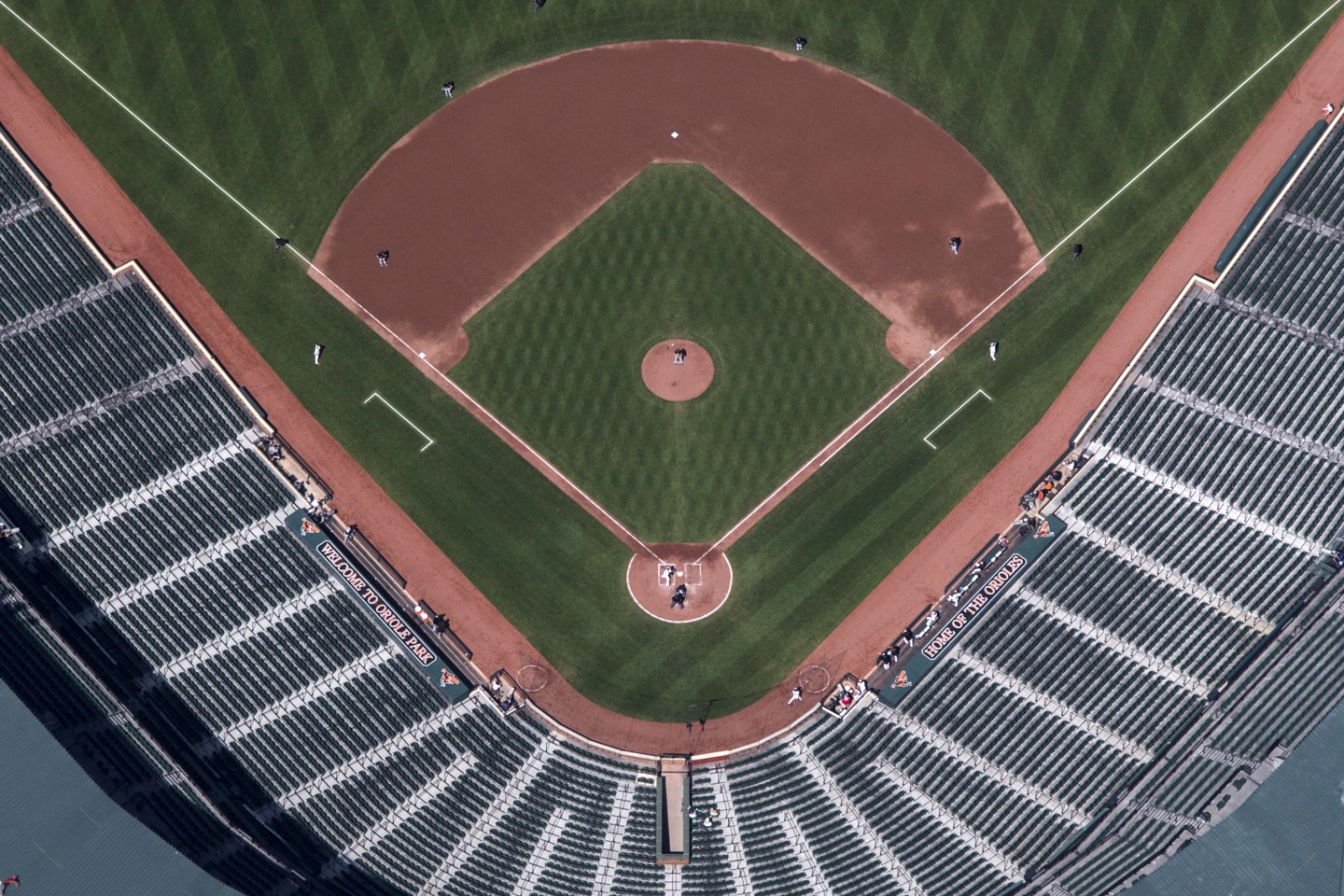 Camden Yards ballpark is seen without fans in this aerial image as Baltimore Orioles take the bat against the Chicago White Sox in Baltimore, Maryland, April 29, 2015. In what was a first for Major League Baseball, the Baltimore Orioles hosted the Chicago White Sox on Wednesday in a stadium closed to fans as Baltimore copes with some of the worst U.S. urban rioting in years. REUTERS/Adrees Latif - RTX1AW1M
Photograph by Adrees Latif — Reuters

Brad Griffith got the idea for his startup after missing part of a baseball game while struggling to buy last minute tickets online. As part of the ordeal, he ended up having to duck into the basement of a local bar to print the tickets.

Griffith realized that there should be a better way.

His solution was to create Gametime, a last-minute sports ticket marketplace. On Thursday, the company said it has raised $13 million in new funding to expand its business.

Inspired by Griffith’s experience, Gametime has focused on making tickets as easy as possible to buy and use with a smartphone. After transactions are complete, the company’s app displays the digital tickets and their barcodes for admission into the venue. Tickets can also be easily transferred to friends via text message and email.

But with an already crowded industry with several well-established companies like Ticketmaster and StubHub, the question is why sports fans should use Gametime.

For early investor Jeff Mallett, the answer building a product with the user in mind that comes with convenience. In a conversation with Fortune, Griffith added that focusing on mobile is also the company’s strategy to appeal to millennials — a buzzword for teens and young adults whose generation uses smartphones more than any other device.

But despite the obvious convenience of electronic tickets, some teams still require paper tickets, something Gametime can only help with by providing printable PDF versions. It’s still up the teams to open the gates of convenience.

Mallett, who is part owner of the San Francisco Giants and a former chief operating officer for Yahoo, also believes that Gametime will be in good shape as long as it continues to perfect its ticket search algorithm and to add to the number of ticket suppliers in its system. It currently pulls supply from other marketplaces, individual ticket brokers, and ticket broker networks. It takes a cut of up to 15%, depending on the seller.

While the company does work directly with some sports teams, Mallett doesn’t foresee Gametime as relying on such partnerships.

Griffith added that as a secondary marketplace, the company also doesn’t have to really worry about exclusivity deals — something primary ticket sellers have been fighting over for years. He also sees “the couch or the bar” as his company’s main competition because they’re the easier or cheaper alternatives to buying tickets, althoug that may be a bit of wishful thinking.

But as the company works to grow beyond the 35 cities it’s currently serves, attracting new customers and gaining recognition will be the real challenges, Mallett said. Gametime’s mostly benefitted from word-of-mouth so far, but it will need a lot more if it wants to aggressively expand its marketshare. While the company declined to share specifics, it said that it currently sells just over 5% of tickets at any given San Francisco Giants baseball game, which is not surprising since the city is its most established market. But competitors are raking in big bucks: Ticketmaster brought in $1.37 billion in 2012, and StubHub generated $2.8 billion in sales in 2013, according to the Wall Street Journal.

Gametime is also planing to expand beyond sports, into concerts and other shows in the next 12 months, something that will surely come with its own challenges.

For more about online sports, watch this Fortune video: