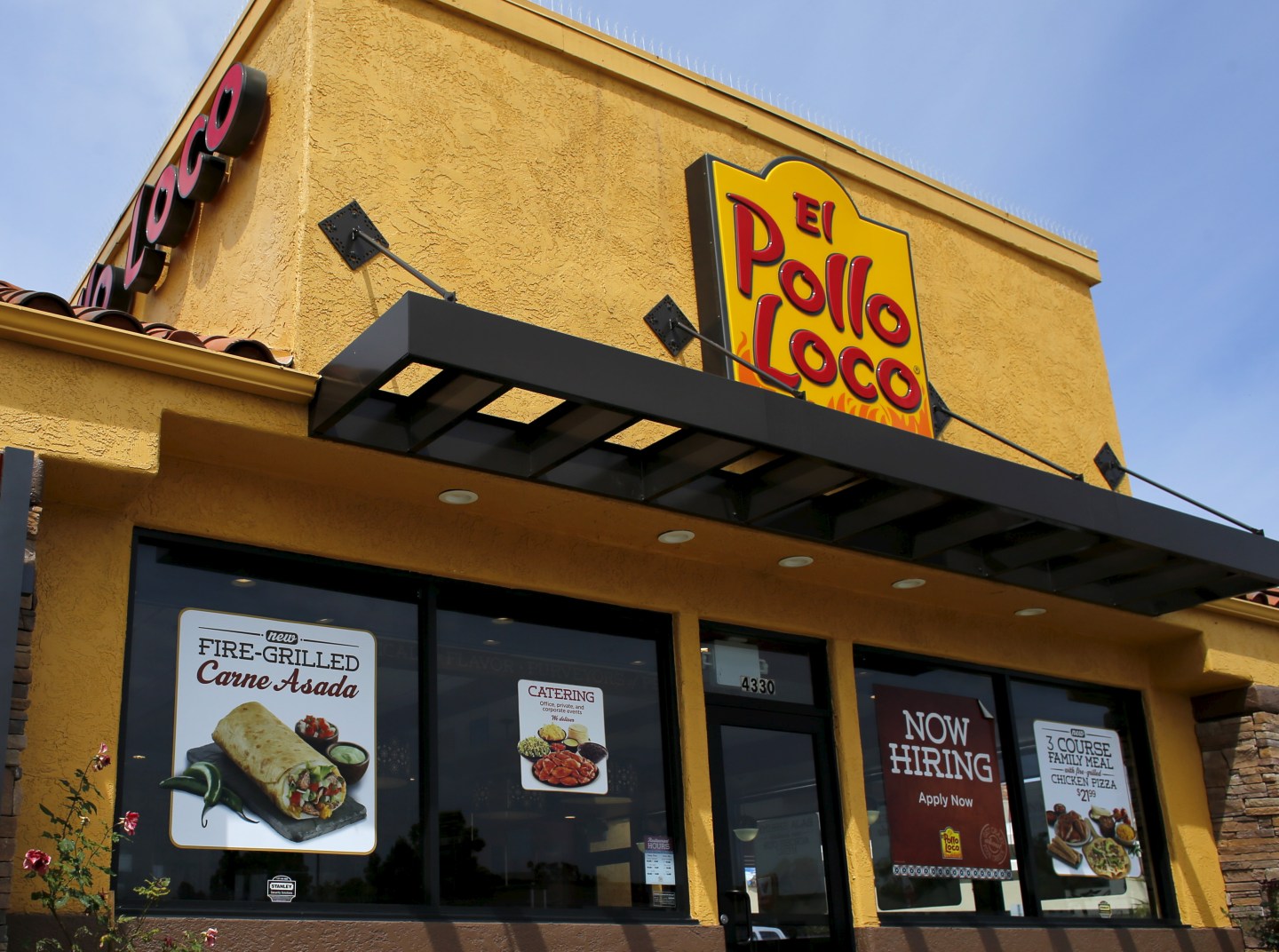 An El Pollo Loco restaurant is shown in San Diego, California May 13, 2015. The restaurant chain Operator El Pollo Loco Holdings Inc is expected to slightly miss first-quarter revenue estimates, according to Thomson Reuters Starmine, but investors will be looking at any cut to its comparable restaurants sales forecast for the year. REUTERS/Mike Blake - RTX1CTWZ
Photograph by Mike Blake — Reuters

What you need to know: The Costa Mesa, Calif.-based restaurant operator’s first-quarter revenue was $90.4 million, up 11.1% year-over-year. Wall Street analysts were expecting quarterly revenue of around $88.5 million, according to Thomson Reuters. The company also reported profits of $6.8 million, or 18 cents per share, compared with roughly $5.4 million in profit during the same period last year.

Meanwhile, same-store sales for restaurants operated by El Pollo Loco improved 3.4% in the quarter, which helped drive up overall revenue.

The big number: Despite overall sales growth, El Pollo Loco’s shares tumbled in after-hours trading as investors balked at the company’s disappointing forecast for the current quarter. The company said it expects same-store sales growth of 3% to 5%, along with second-quarter earnings of 67 cents to 71 cents. Analysts had expected earnings of at least 70 cents in this quarter, which caused El Pollo Loco stock (LOCO) falling by more than 13% in after-hours following a day in which the company’s shares gained nearly 3%.

What you might have missed: With Thursday evening’s market hit, El Pollo Loco’s shares dropped to nearly $25 each. The company went public last summer with a sizzling IPO where shares started out priced at $15 apiece, but ended their first day of trading at about $24. By that measure, El Pollo Loco is still outpacing its hot market debut. But, the company’s stock took a tumultuous route to its current price, climbing above $40 per share at one point last year before plummeting below $19 per share in January.

Companies like El Pollo Loco — along with Noodles & Co. (NDLS), which has also seen ups and downs after an impressive IPO last year — offer proof that the excitement from a hyped restaurant chain IPO isn’t necessarily everlasting. However, some rivals like Shake Shack (SHAK) have seen continued success since going public.

For more about fast food, watch this Fortune video: