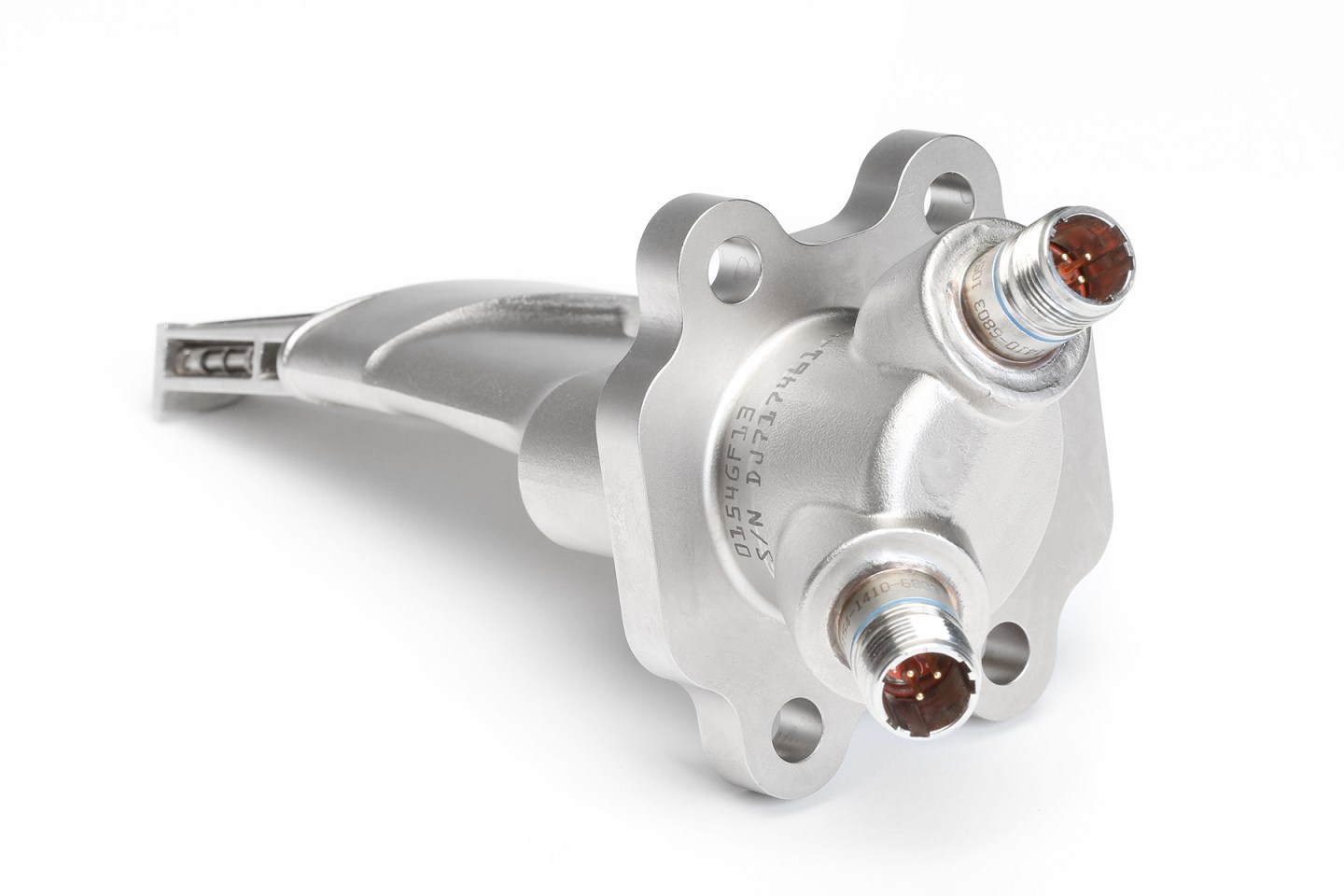 General Electric’s Leap jet engine is not only one of the company’s bestsellers, it’s going to incorporate a fuel nozzle produced entirely though additive manufacturing. The process, popularly known as 3-D printing, involves building up layers of material (in this case alloyed metals) according to precise digital plans. GE (GE) is currently completing testing of the new Leap engines, but the benefit of additive manufactured parts has already been proven on other models.

The first GE jet engine to actually take flight while using a 3-D-printed part is the GE90. In February, the Federal Aviation Administration approved GE’s design modification to the housing that holds the T25 sensor on GE’s 90-94B engine. The sensor itself, which sits in front of the air compressor and takes temperature and pressure measurements for the engine’s control system, is unchanged. However, GE realized that ice buildup on the traditionally-manufactured housing containing the sensor would shed into the compressor, which affected the compressor’s long-term durability.

The company decided to redesign the sensor housing entirely. The only way to achieve the precise geometry needed to mitigate the accumulation of ice? Additive manufacturing.

The nozzles like those used in the Leap engine were once machined from 20 separate parts. Now each nozzle is one solid part, assembled by layering powdered metal melted and fused together with lasers. With 19 fuel nozzles per engine, it’s a substantial difference that helps to streamline the manufacturing and assembly process.

It also cuts down on design time. Jonathan Clarke, the program manager for the housing redesign, estimates that 3-D printing shaved a year off the normal development time when the T25 sensor casings were redesigned. The traditional casting process would have taken much longer. “Once we found a workable solution, it went straight to production,” he says.

Now GE is in the process of retrofitting the new T25 sensor housings on 400 in-service 90-94B engines, which started commercial service in 1995 and were built for the Boeing 777 aircraft.

As Fortune reported in March, GE is pivoting part of its aviation department into additive manufacturing. After the successful addition of 3-D-printed parts to the GE90-94B engine, GE is now applying the same principle to its popular new Leap engine, which enters airline service in 2016.

Over the next five years GE plans to put more than $3 billion into industrial 3-D printing, in several areas: developing parts themselves (more than 100,000 will be produced through additive processes by 2020); upgrading its production and research facilities in Alabama and Ohio; and hiring employees.

“The real power of additive is taking six parts and designing into one,” Greg Morris, business development manager of additive tech at GE Aviation, told Fortune in March. “You can create geometry that you can’t make any other way.”