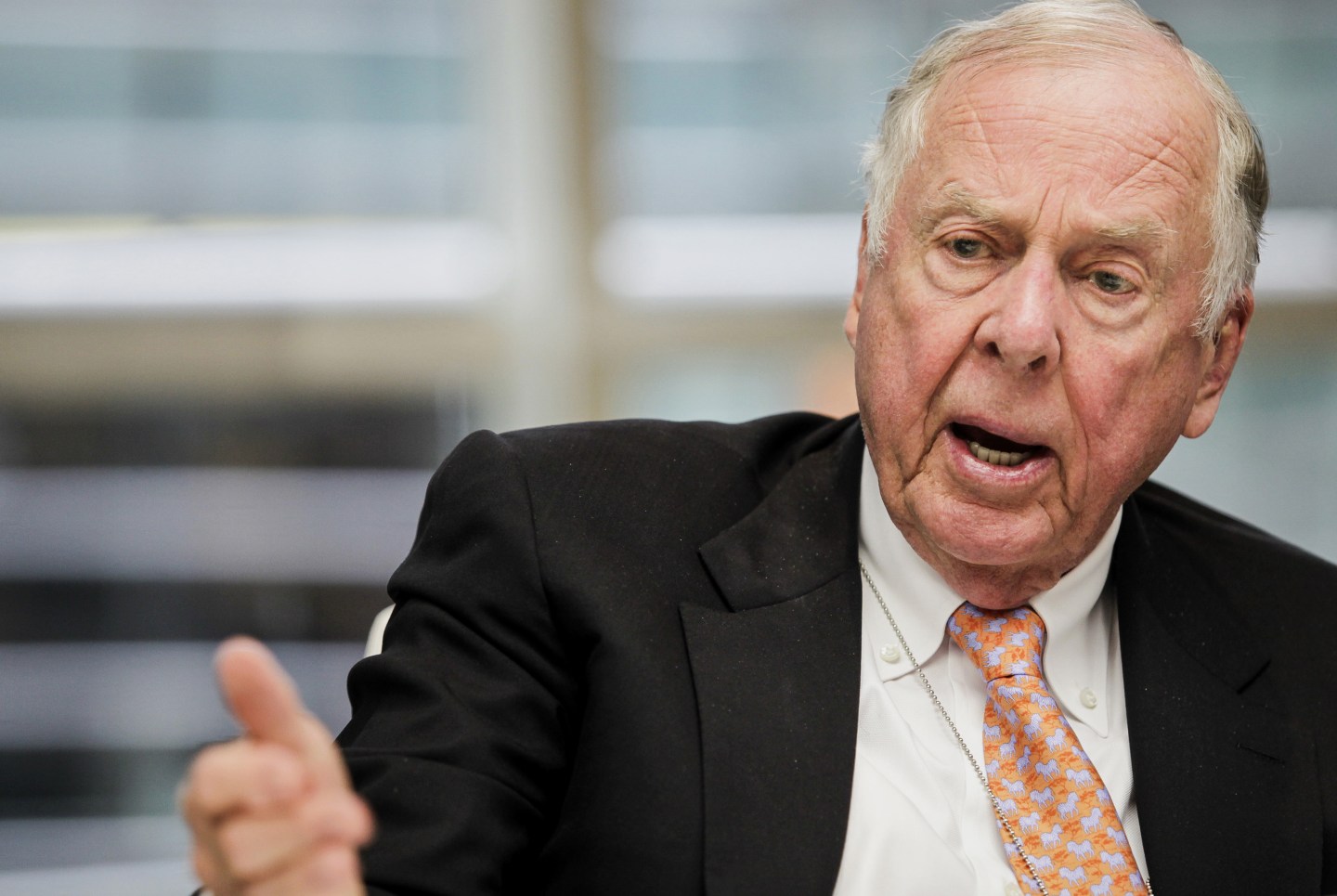 T. Boone Pickens, the oil tycoon, has a very different weekend routine that you do. Last weekend, he fracked an oil well on his ranch.

“I fracked a well on my ranch last weekend,” said Pickens, in response to the question of whether he thought the controversial process of hydraulic fracturing, which has dramatically boosted U.S. oil supply, was safe.

That may have just been for fun. But Pickens does believe that the next six months will be better for frackers and oil companies in general than the last six months have been. He says the price of oil will rebound rapidly soon, reaching $75 a barrel by the end of the year.

Pickens made the prediction at the SALT investment conference, the annual hedge fund confab in Las Vegas. Pickens also announced at the conference that he was backing former Gov. Jeb Bush of Florida for president in 2016, and that he had already donated $100,000 to the Bush campaign. He also called Hillary Rodham Clinton a “loser,” which got cheers from the crowd made up mostly of Wall Street types.

Pickens is 87, and if the back and forth during his interview at the conference is any indication, losing his hearing. But he seemed to have an encyclopedic knowledge of oil market. He said there are 662 rigs pumping oil on or offshore in the U.S. today. That was down from 1,609 back in December.

The result is that oil inventories have peaked. Pickens said that, along with higher demand for oil, should shoot prices higher in the next six months. Pickens said world oil demand is at about 1.5 million barrels a day, up from 660,00 last year.

He also said that he thought the Keystone pipeline should be passed. “The government is doing more to protect the oil interest of the Chinese and the Europeans in the Middle East than it is than those of the U.S.,” he said. He argued that having a U.S. pipeline to the oil sands in Canada should be a no-brainer.

For more about fracking, watch this Fortune video: