Tesla’s Q1 earnings: What to watch out for 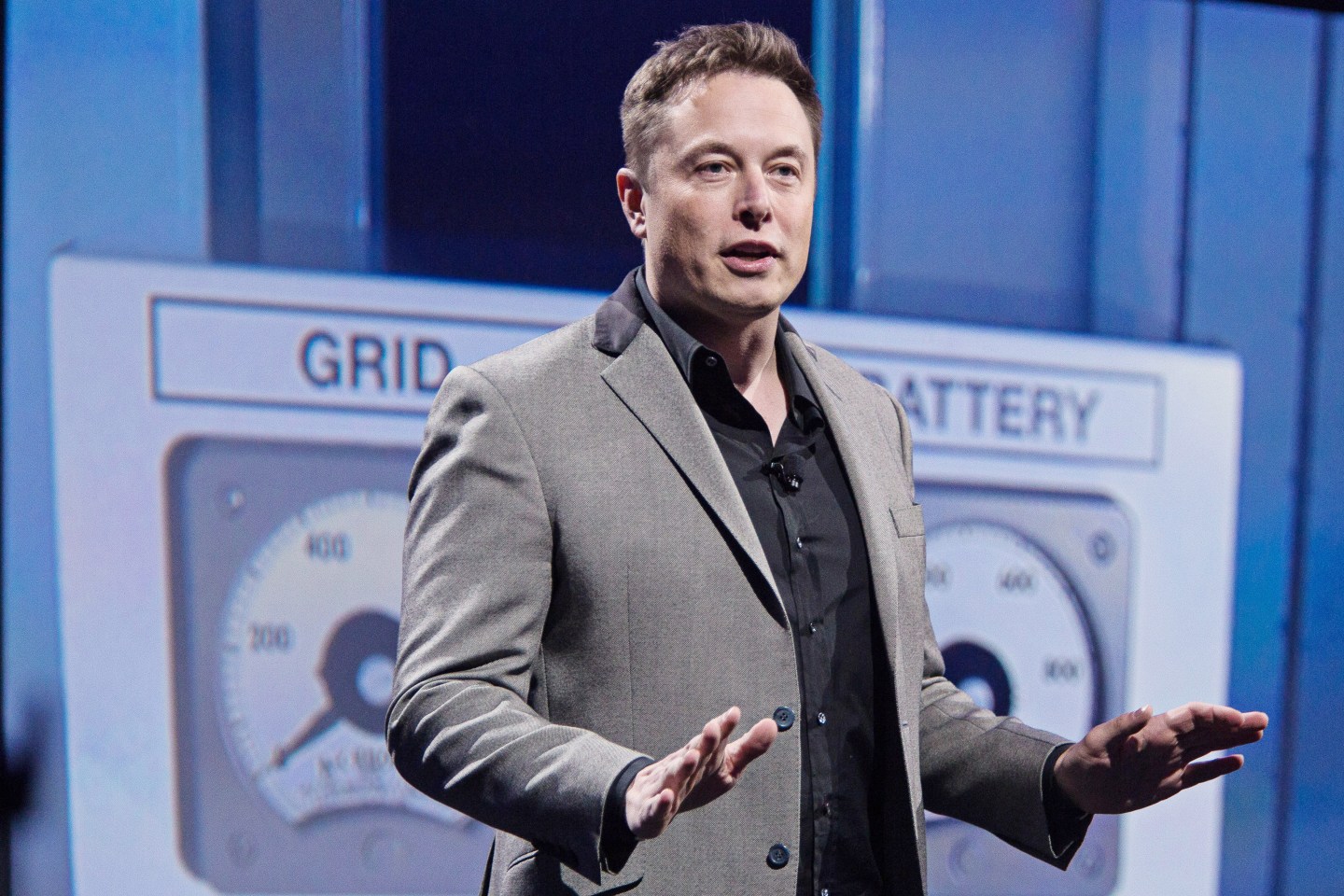 Tesla Motors (TSLA), the tech-centric luxury electric automaker, and now, energy storage company, will release its first-quarter earnings after markets close today. Here are the key numbers (and stock-sensitive words) to watch for.

Earnings: The big question going into today’s earnings call is whether Tesla has closed the gap between revenue and expenses.

Earlier this year, Tesla reported strong fourth-quarter growth, but still fell short of Wall Street’s high expectations. Revenue rose 55% in the fourth quarter. However, it also burned through a lot of cash—capital expenditures totaled $369 million and the company reported an $86 million net cash outflow from operations.

Wall Street, which had high expectations for Tesla last year, has lowered the bar this quarter. Analysts surveyed by Thomson Reuters expect a quarterly loss of 50 cents earnings per share on revenue of $1.04 billion.

Deliveries: For the first time, we’re going into an earnings report knowing how many cars Tesla delivered in the first quarter. The Palo Alto-based electric automaker decided in April to publish the number of new cars deliveries within three days of quarter end because “inaccurate sources of information are sometimes used by others to project the number of vehicle deliveries.”

Tesla said it delivered 10,030 Model S vehicles in the first quarter, a 55 percent jump from the same quarter last year.

Look for CEO Elon Musk to elaborate on these numbers and provide some guidance on how the second quarter is shaping up—specifically, which cars are selling best. Is the 70D, the all-wheel drive Model S that replaced its cheaper base model in April, attracting buyers, or are most sales from the more costly P85D?

Model X: The falcon-winged SUV has been delayed repeatedly and the latest prediction has Model X deliveries beginning in the third quarter of 2015.

Meanwhile, demand is high. Last quarter, Tesla said it already had 20,000 reservations for the SUV.

When I visited Tesla’s Fremont factory in March, the company had deconstructed the final assembly line, moved it, and were in the process of reconstructing it to accommodate both Model S and Model X. The new line going up included industrial robots from Kuka, while other industrial robots by Japan’s Fanuc were added to the line in August. These lines were not yet not fully operational, but the factory was buzzing along in preparation for the new SUV.

Even a hint of another delay would be very bad, says Karl Brauer, senior analyst at Kelley Blue Book. Still, he warns getting it on sale will only be half the battle. Ensuring the Model X has a smooth bug-free rollout is the other half.

China: Tesla is working to clean up its problems in China. After weaker than expected sales, Tesla restructured the team in China and set out to convince consumers that an all-electric vehicle isn’t a logistical challenge. The company says it’s working on simplifying the buying process by having Tesla staff install charging points at customer homes or businesses before the car is delivered.

Have these efforts had the desired positive effect or are they still falling short?

China doesn’t need to be solved immediately. This is medium-term issue, meaning Musk has the next 12 months or so to fix it, Brauer says.

Energy storage: Tesla Motors announced in April that it was expanding beyond electric cars and launching a line of battery products. At the announcement, Musk and CTO JB Straubel revealed that they already had some utility installations in place.

While it may be a bit early for Tesla to share financial figures on its energy storage business, analysts will surely ask for guidance on the potential of this new business venture.

Used-car sales: This is another stream of revenue that’s in the early stages. But it’s important enough to warrant some mention (or a question) during conference calls with analysts.

While used vehicle sales will be small at this point, it’s a revenue stream worth watching in the future. A large number of used Tesla Model S cars will hit the market between the end of the first Model S leases from three years ago and the launch of the Model X. Sales of used Model S cars will be quite valuable to Tesla because it sells directly to customers, allowing it to keep all the revenue.

“It will be interesting to see what happens to Model S demand and market value when that happens,” says Brauer.