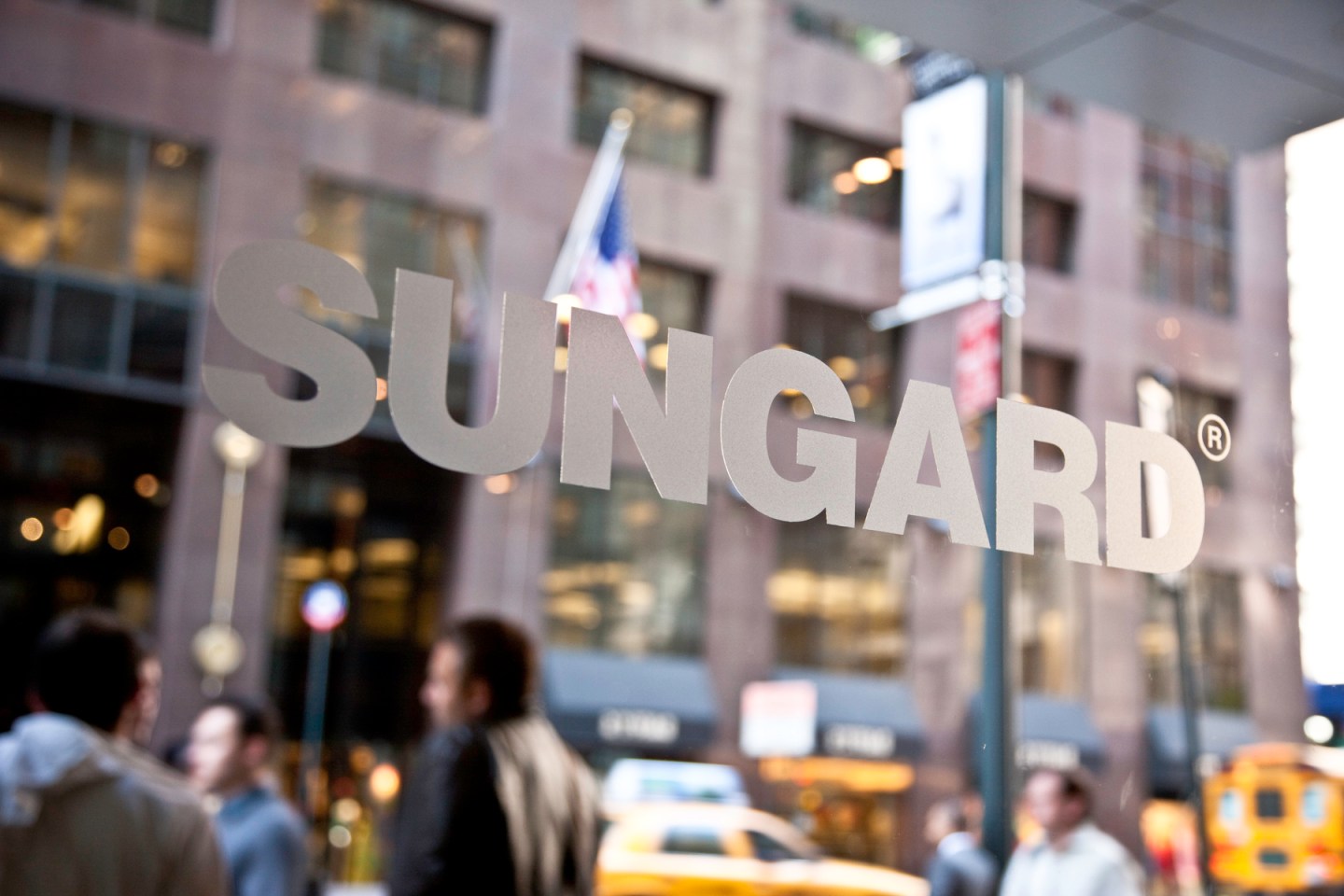 SunGard Data Services Inc., the financial services and compliance software company, is prepping for an initial public offering led by J.P. Morgan Chase & Co. and Goldman Sachs Group Inc., according to the Wall Street Journal. The company hopes to raise about $750 million at a market value of about $7 billion. It would also consider a sale, according to the Journal.

The company, which reports its first quarter financials Thursday, reported about $2.8 billion in revenue last year, but is highly leveraged with more than five times debt to its cash position. At of the end of last year its total debt was $4.7 billion and cash was $447 million. The debt is part of a SunGard’s legacy of private equity ownership.

SunGard was acquired in 2005 for $11.4 billion in what was considered the second largest private equity buy-out ever at the time. A consortium of firms including Silver Lake Partners, Bain Capital, The Blackstone Group, Goldman Sachs Capital Partners, Kohlberg Kravis Roberts & Co. L.P., Providence Equity Partners and Texas Pacific Group participated.

Over the last decade Wayne, Pa.-based SunGard has sold off bits of its business, while acquiring others. In 2014. it spun out its availability services and managed services business into a separate company. SunGard sells its software primarily to big banks and financial institutions, but has a public government and education customer base as well. It’s an old name in IT, but one that still has a brand and recognition among CIOs.

That could help it in its quest for an IPO or a sale, but at the amount it is seeking, SunGard would be among the largest initial public offerings this year, and the largest tech offering so far, according to data from Renaissance Capital.