Janet Yellen still has her knives out for Wall Street 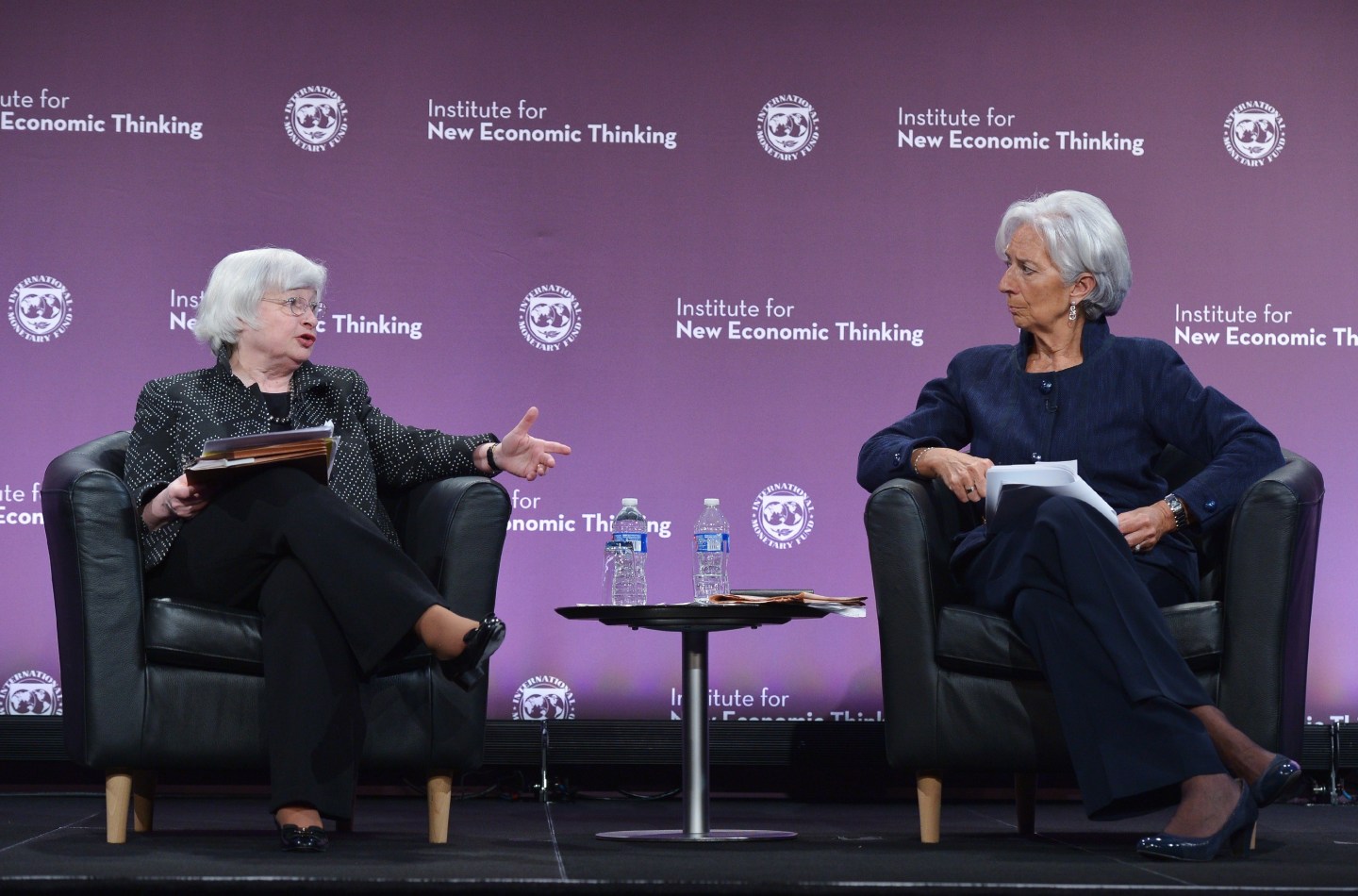 Among the financial commentariat, there’s quite a bit of worry that the most important post-crisis regulations will be whittled away in the coming years, setting us up for another meltdown.

A recent New York Times editorial, for instance, fretted about loopholes in the Dodd-Frank financial reform and expressed concerns that an increasingly powerful Republican Party may attempt to repeal portions of the law and disband regulatory bodies like the Consumer Financial Protection Bureau. Much of this coverage focuses too much on the political rhetoric at the expense of the people who actually perform the work of financial regulation; the ones who will be the best and last line of defense against another financial crisis.

Janet Yellen, speaking on Wednesday at the Institute for New Economic Thinking with IMF managing director Christine Lagarde, calmed fears that shifting political winds will deter the Federal Reserve’s enthusiasm for regulation. In her opening remarks, the Fed chair reiterated her commitment to shrinking the biggest banks and enforcing capital requirements to reduce the possibility of future government bailouts of irresponsible financial institutions.

Yellen gave a nod to the potential benefits a well-developed financial sector can bestow on a society, but she also cited research that shows that a bloated financial sector can harm the broader economy. These statements, paired with comments last year in which she argued that the preponderance of too-big-to-fail banks is still a problem, should allay any concerns that the nation’s most powerful financial regulator has softened up on Wall Street. As her co-panelist Lagarde said in her remarks, “we need to build a financial system that serves society and not one that serves itself.”

Yes, the financial industry is powerful. It spends big money in Washington to sway legislators to dial back on regulations that might crimp profits. But as political scientist Francis Fukuyama has shown in his research on how democracies function, it’s often much more important to pay attention to bureaucrats than politicians when evaluating how well governments function. A strong, independent bureaucracy can often rise above the political fray and do what’s best for a nation. Fukuyama has expressed concern about the quality of public administration in the United States, citing evidence from the Volcker Commission, which showed that the morale and effectiveness of the federal workforce has been weakening over the past two generations.

But the Federal Reserve might prove the exception to this trend. Janet Yellen will be chair until at least 2018, while other members of the central bank have consistently reiterated their commitment to maintaining intense scrutiny of big banks. Even someone like former Dallas Fed President Richard Fisher, who leans right on topics like monetary policy, was a vocal advocate for radical regulatory moves, including forcibly breaking up America’s largest banks.

The banking industry will continue to do its best to protect itself from regulation. And it’s reasonable to worry that the Fed, and especially its regional banks, are sometimes too cozy with the banks it regulates. But recent reports that the Fed is implementing reforms to prevent its employees from taking jobs at the banks they supervise is just another sign that the central bank is taking this problem seriously.