David Rubenstein was right about SunGard 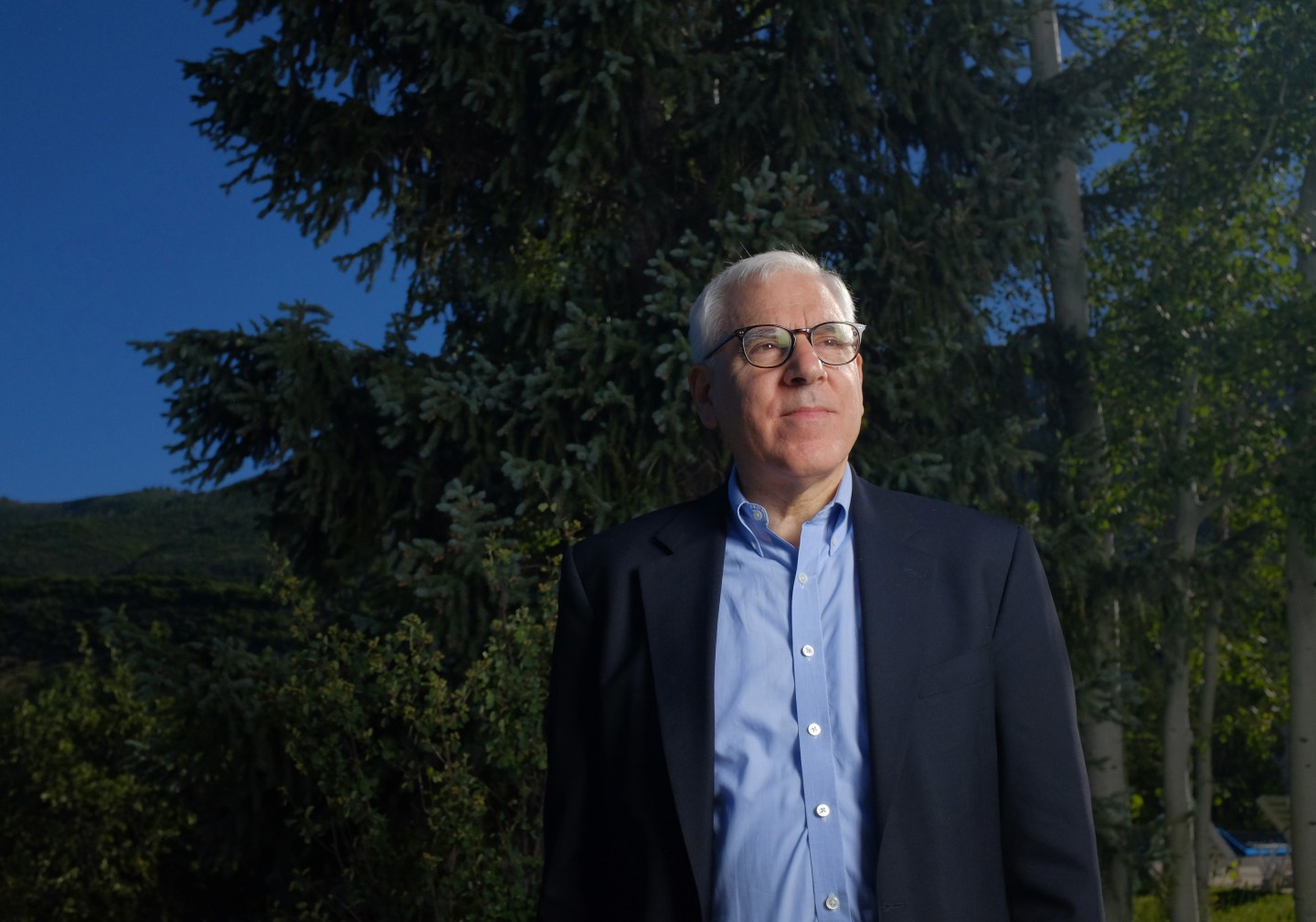 David Rubenstein, co-founder and co-chief executive officer of The Carlyle Group LP, stands for a photograph after a Bloomberg Television interview at the Aspen Ideas Festival in Aspen, Colorado, U.S., on Tuesday, July 1, 2014. Rubenstein discussed the outlook for the financial markets and investment strategy. Photographer: Matthew Staver/Bloomberg via Getty Images
Photograph by Matthew Staver — Bloomberg via Getty Images

Ten years ago, The Carlyle Group and Thomas H. Lee Partners were among seven private equity firms that had teamed up to acquire software giant SunGard, in a deal that kept getting more expensive with each successive media leak. Just days before the final agreement was to be signed, Carlyle (CG) and THL pulled out, forcing the remaining club members (led by Silver Lake Partners) to find fast replacements in Goldman Sachs Capital Partners (GS) and Providence Equity Partners.

In short, the deal had become too expensive for two of the private equity industry’s largest players. It would end up being worth a total of $11.53 billion, which each of the participating private equity firms writing $500 million checks.

Not too long afterwards, I pulled Carlyle co-CEO David Rubenstein aside at a conference in Boston to discuss what had happened and if he had any regrets. He said he was quite comfortable with the decision to bail, and not only because of price. “It’s going to take forever to bleed out” of a deal that size with so many sponsors.

A decade later, his words are ringing in my ears.

There are multiple reports today that SunGard has hired bankers to lead an IPO that could raise around $750 million at a market value of around $7 billion. Plus the company’s hefty debt loan (stemming largely from the buyout), that would be an enterprise value of approximately $11.7 billion.

On the one hand, that valuation would generate a sizable paper return for SunGard’s private equity backers. Remember, the original equity outlay was only around $3.5 billion, and SunGard already has paid out more than $700 million in shareholder dividends. It also has made two large divestitures: Selling its higher education unit for $1.78 billion in 2011 (the proceeds went onto SunGard’s balance sheet) and spinning off its disaster recovery unit (the now-independent company is owned by the PE firms).

It’s impossible to do the exact math, since there is so much we don’t know. For example: Were there additional dividends or monitoring fees? What is the value of SunGard’s disaster recovery unit? Have any of the sponsors sold part of their stock via secondaries?

So let’s just assume that each firm would double its money on an IPO as laid out in today’s reports. And then add on another $100 million each from dividends. That means $600 million in profit per firm. Sounds great, except when you realize that it’s only $60 million, or 12%, on an annualized basis. And that is based on a complete exit this summer, which isn’t going to happen (even if the IPO were to occur by then).

Chances are that the firms would need to hold onto at least some SunGard shares until 2017 at the earliest. For example, The Blackstone Group (BX) just now is preparing to fully exit its investment in Pinnacle Foods, which went public in March 2013.

In other words, the ‘bleed out’ period could bring the returns down to the single digits. And, for limited partners in the participating funds, that’s before accounting for fees like carried interest (which average 20%). Not a disaster, but not the sort of performance that private equity investors expect.

Sometimes time does tell. And what it’s saying today is that David Rubenstein was right.