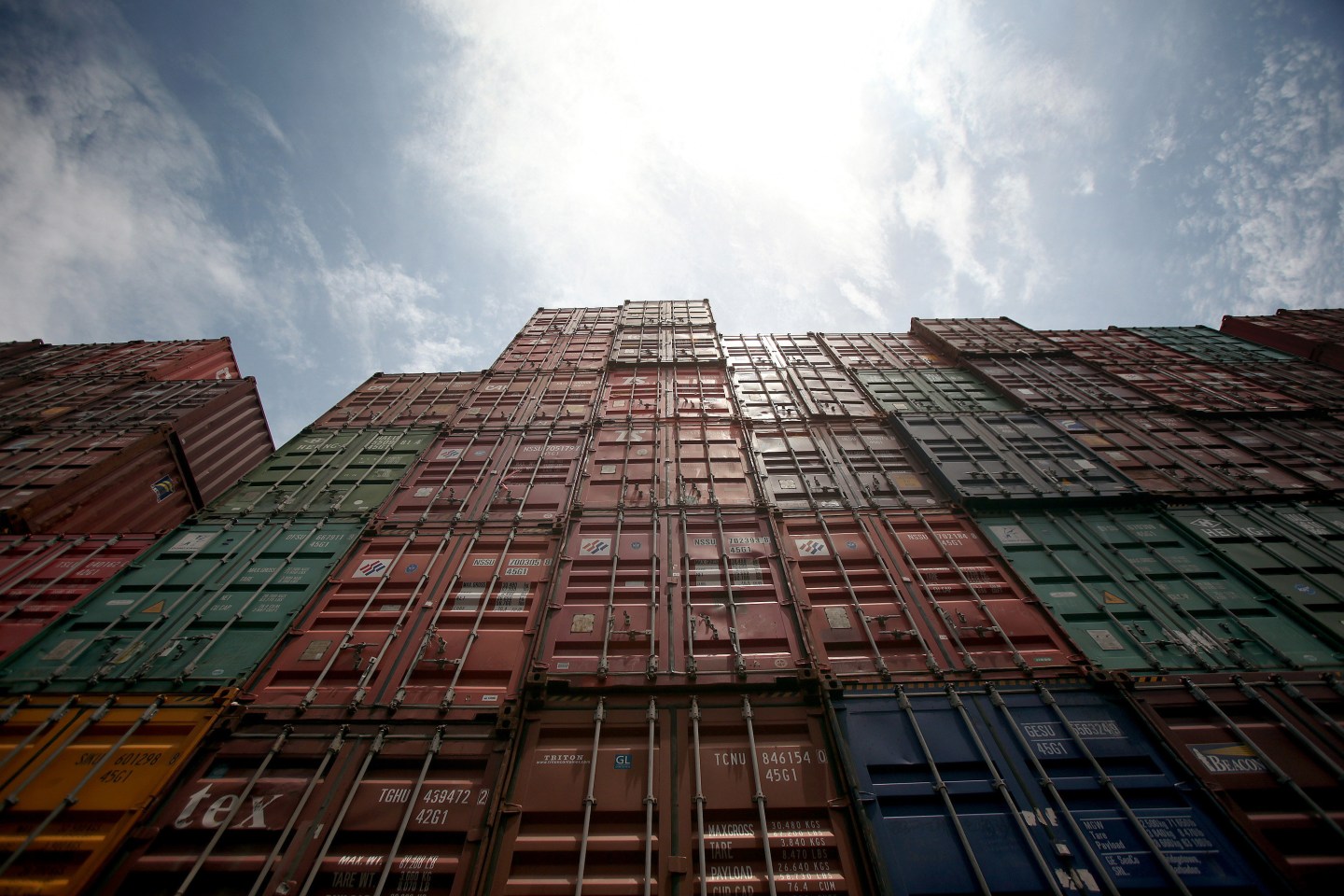 Just as the debate over free trade deals heats up in Washington, free trade advocates were hit with the ill-timed news that the trade deficit surged to $51.4 billion in March, up sharply from $35.9 billion in February.

The rise was due mostly to an increase in imports, which skyrocketed by 7.7%, while exports increased just 0.9%. The U.S. trade deficit with China was $37.8 billion, or 74% of the total and the highest ever monthly deficit with that country on record. The overall monthly deficit was the highest since 2008, while the increase from February to March represented the largest monthly leap since 1999.

The increasingly strong dollar is likely putting a damper on exports, as an expensive greenback makes it more difficult for U.S. exporters to compete abroad. Jim O’Sullivan of High Frequency Economics argued in a research note that the large uptick in imports might be related to the end of the strike among port workers at 29 west-coast ports during February and March. The strike’s conclusion likely allowed backed up trade to start flowing again.

Meanwhile, the deficit numbers make it likely that the GDP annualized growth estimate for the first quarter of 2015 will be even lower than the already disappointing 0.2% announced last week. O’Sullivan estimates that a newer reading could shave off another 0.5 points. In other words, it’s possible that the economy actually contracted in the first three months of the year.

Expect the news to be used as ammo by those in Washington who argue that there needs to be strong provisions against currency manipulation in the Trans-Pacific Partnership trade deal being negotiated between the United States and a dozen of its Pacific-Rim trading partners.