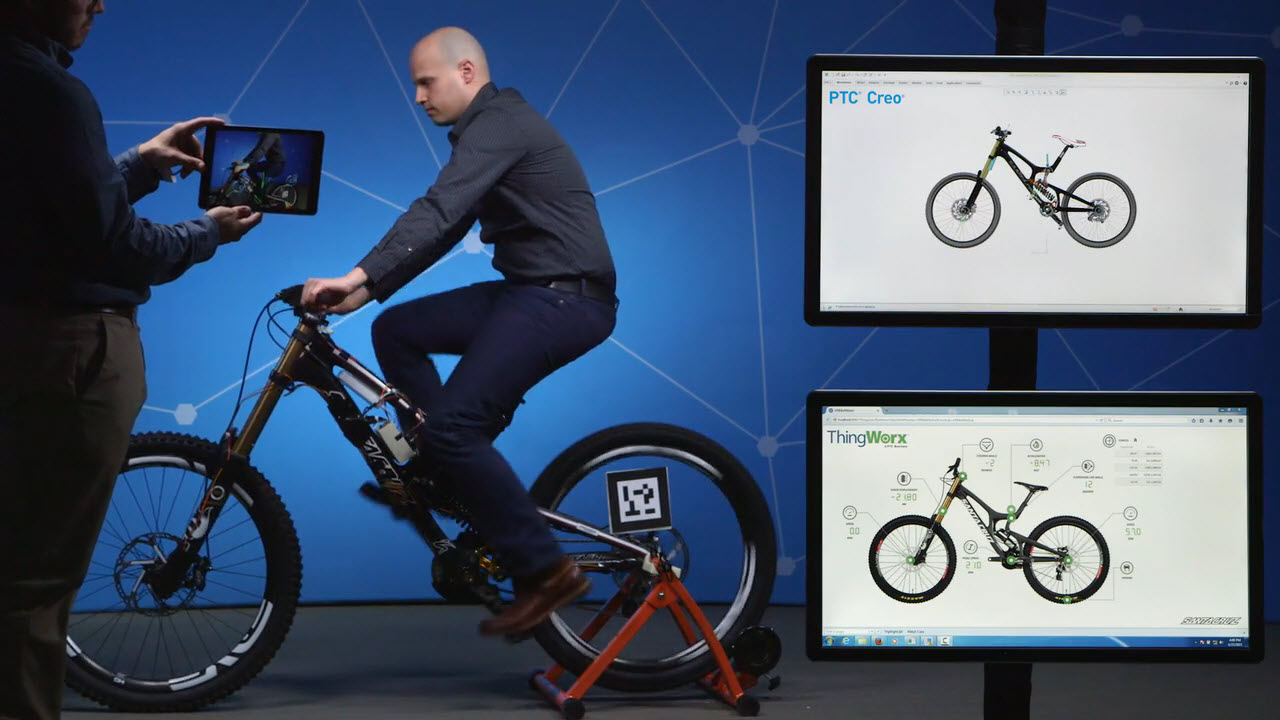 Manufacturing software company PTC believes predictive maintenance will be one of the first clear killer apps for the Internet of things, a credible theory given big investments in this area by GE and Caterpillar.

By analyzing those metrics, ColdLight’s software can tell when a specific component might be nearing failure. It could also offer suggestions about future ways to improve product design.

“Now, we’ve gone from a dashboard telling me about the thing to a set of instructions telling me what to do about it,” PTC President and CEO Jim Heppelmann told Fortune during an interview about the software company’s industrial Internet strategy. He likens this to the “voice of the product.”

PTC is on pace to add more than 200 customers for these solutions during fiscal year 2015, essentially double the current account list. Although the revenue contribution is small within the company’s overall mix (less than $10 million for the second quarter, within a $314 million total), it added 62 new customers for the three months ended April 4.

PTC’s Internet of things mantra is already building considerable traction among medical device manufacturers, including the top 10 biggest companies, according to Heppelmann. One uses PTC’s software to remotely calibrate more than 9,000 machines; it realized a return on its investment within one month. “The dollars and cents that can be saved on the business side are mind-boggling,” he said.

Another client is mining equipment company Joy Global, which equips its operations center with PTC software to monitor maintenance needs, environmental metrics and safety conditions deep underground on behalf of its own clients. For example, mine operators can tell whether pumps are running hotter than expected or when tunnel ceilings are begin to collapse.

“It lets our customers focus on things that could take the system down,” said Joy Global President Ted Doheny. “They get so much data already, that it’s turning data into spam. This [software] turns data into information.”

The ColdLight acquisition will also serve as the foundation for PTC’s futuristic strategy of creating a “digital twin” for every physical thing monitored via sensors and a wireless Internet connection.

For example, sensors on a racing bike could feed data into a three-dimensional model in PTC’s computer-aided design software (such as the one pictured), measuring metrics such as how changes in speed or weight might affect performance. That data could be used to suggest future product changes, such as modifications to the structure or materials. Alternatively, the technology could warn the rider about wear-and-tear on certain components.

“It helps you understand physically inaccessible things or comprehend products that have traditionally been too small to measure,” Heppelmann said.

PTC faces some stiff competition in Internet of things analytics, and services including IBM, which is investing more than $3 billion in this area; and EMC’s Pivotal division, which recently hired influential developer Benjamin Black to reshape its strategy.