The 5 most overrated CEOs 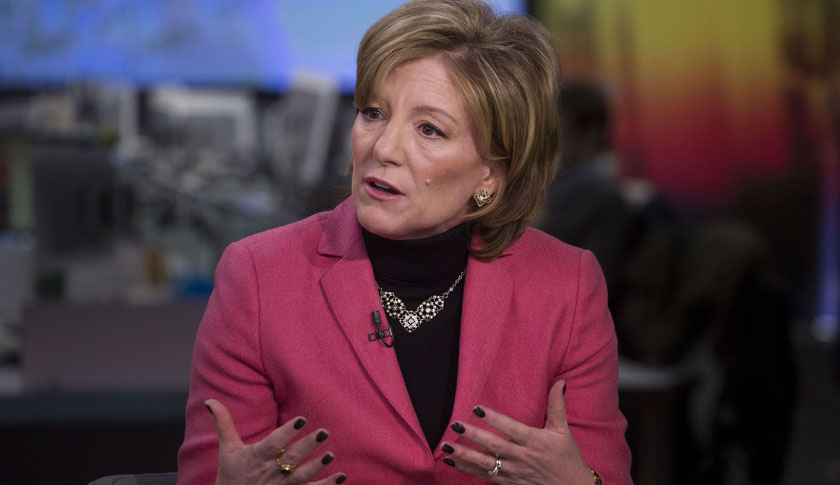 Sherilyn McCoy, chief executive officer of Avon Products Inc., speaks during a Bloomberg Television interview in New York, U.S., on Friday, March 6, 2015. McCoy discussed the progress of the company's turnaround plan, the global nature of their business and growth opportunities with men and the millennial generation. Photographer: Michael Nagle/Bloomberg via Getty Images
Photograph by Nichael Nagle — Bloomberg via Getty Images

General Cable’s (BGC) losses didn’t so much deepen last year as they fell down the Mariana Trench, with net losses increasing by 3,400% between 2013 and 2014 (from a loss of $18.1 million in 2013 to a whopping $628 million loss in 2014). During that time, stockholder returns fell by almost 50%. General Cable's stock spiked in March amid reports that its chief rival, Italian company Prysmian, was considering acquiring the company. Nothing has been confirmed.

Stocks performance for other companies in the sector, including Prysmian, have not fared well either, despite growth in the market for their products. Though none has done as poorly as General Cable, which fell by almost 50% in 2014, compared to a rise of 11.4% for the S&P 500 as a whole.

Despite the disappointing results, General Cable CEO Gregory Kenny’s total compensation rose from $5 million to $5.4 million between 2013 and 2014, on the back of higher cash and equity bonuses, according to data from compensation firm Equilar.

Kenny has been CEO since August 2001. In July 2014, the company announced a major restructuring program, closing under-performing assets and cutting expenses. And in October, General Cable announced that it was selling its operations in the Asia Pacific and Africa.

“The wire and cable industry has been navigating an uneven and lengthy global economic recovery for several years, far different than a “normal” business cycle" Kenny told Fortune, responding to questions about the company’s poor track record. "Our performance has lagged our expectations during this period.”

Photo: A General Cable advertisement, circa 1942

Genworth, which was spun off from General Electric a decade ago, operates in the ever-shrinking business of selling long-term care insurance policy industry.

While the number of people reaching old age is certainly not diminishing, the number of companies insuring it is. Big insurers like MetLife and Prudential Financial, for example, have exited the business altogether. And while these companies have not fared brilliantly, they have not done anywhere near as poorly as Genworth.

Shares at Genworth fell 45% last year, prompting Fortune to dub it one of the five worst investments of 2014. Net income for the year plunged to a loss of $1.25 billion dollars, almost all of it due to declines in Genworth’s (GNW) long-term care insurance business.

CEO Thomas McInerney was hired in January 2013 and has a long history in the insurance industry. McInerney's compensation fell from around $12 million to $2.7 million between 2013 and 2014, with no cash bonus paid out in 2014, but the decrease was largely due to the fact that he received a $7 million hiring stock grant in 2013.

Genworth's stock rose under his leadership for the first 18 months or so, but it went into free-fall in the latter half of 2014 and its descent has continued. You could argue that McInerney inherited several problems at the company, but none of those issues has shown much sign of improvement since he took the reins.

In March, Genworth announced that it had identified “material weakness” in its control over financial reporting, failing to spot a $44 million after-tax calculation error. The company said it “failed to correctly implement changes to one of its methodologies as part of its long-term care insurance claim reserves review.”

At its latest earnings call, the company announced that it had completed a “deep assessment of existing portfolio of businesses” but that further changes were required to its long-term care business. Genworth declined to comment for this story.

As the company said in its 2014 fourth quarter earnings call, the strong dollar is likely putting a dent in profits coming from overseas markets, such as South America.

But none of this appears to have affected CEO Sheri McCoy's paycheck. According to Equilar, she earned $10.2 million in both 2014 and 2013, with more than $7 million in stock awards.

Avon's woes have not spread to the entire beauty industry. At Coty—which manufactures fragrances for Calvin Klein, among others—share are up by 43% over the three years since it made a bid to acquire Avon. Estee Lauder stock has jumped by 129% over the past three years and Revlon has increased by 33%.

Meanwhile, Avon stock is down 63% since CEO Sheri McCoy took over from Andrea Jung in 2012.

Of course, Coty, Revlon, and Estee Lauder all have significant brick-and-mortar retail operations. Maybe the direct sales model has seen its day.

Total stockholder return fell by over 30% and net income fell by almost 60% in 2014 at staffing firm Kelly Services (KELYA). The company's stock fell from a high of almost $26 at the beginning of March 2014 to around $17 today.

Kelly Services’ voting stock is almost entirely controlled by Terence Adderley, the group’s current executive chairman. Adderley is the son of the group’s founder, William Russell Kelly, and was CEO until 2006, when Carl Camden, the current CEO, was appointed.

As the owner of more than 90% of voting stock at the company, Adderley has control over the election of the company’s board directors, its advisory Say on Pay vote, and, at the coming May annual meeting, to renew the Kelly's short and long-term compensation plans.

CEO Carl Camden saw his total pay drop from $4 million in 2013 to $3.8 million in 2014, largely due to a fall in the value of his restricted stock award, according to figures from Equilar. In contrast, his cash bonus went up slightly, from $1.4 million to $1.6 million, during that time.

AK Steel (AKS)experienced an uptick in profits and some recovery in its stock price in early 2015, but its performance in 2014 was poor. The company’s return on capital employed was very low—it was 2.8%, compared to 6.8% at Alcoa and 10.3% at Nucor—and total stockholder returns fell, underperforming the S&P 500 Steel Index.

CEO James Wainscott—who has been in his post for more than 11 years—saw his total compensation increase, according to Equilar. Much of the increase (but not all of it), from $3.3 million in 2013 to $8.4 million in 2014, was due to a $4.4 million increase in Wainscott's retirement benefits.

Barry Racey, AK Steel's public relations director, offered some explanation for Wainscott's pay bump: “2014 compensation decisions were made early in the … year, and were largely based on 2013 company performance. For the 2013 year, the company’s stock had increased by approximately 78%. Despite recording a net loss … 2013 was a year of significant improvement for AK Steel in terms of its financial performance, employee safety, product quality, improved shipments to the automotive market.”

The company’s acquisition of carbon steel company Severstal Dearborn appears to have precipitated its stock downfall last year, wiping out most of its 2013 gains. “Part of the reason for the stock price decline in 2014 was likely due to the issuance of equity to acquire Severstal,” Racey said. At the time of the acquisition, Wainscott said, “The future is now, and the future is bright.” But AK Steel has a long way to go to return to the stock price highs of around $15, last seen in 2011.