The 14 longest serving CEOs of the Fortune 500 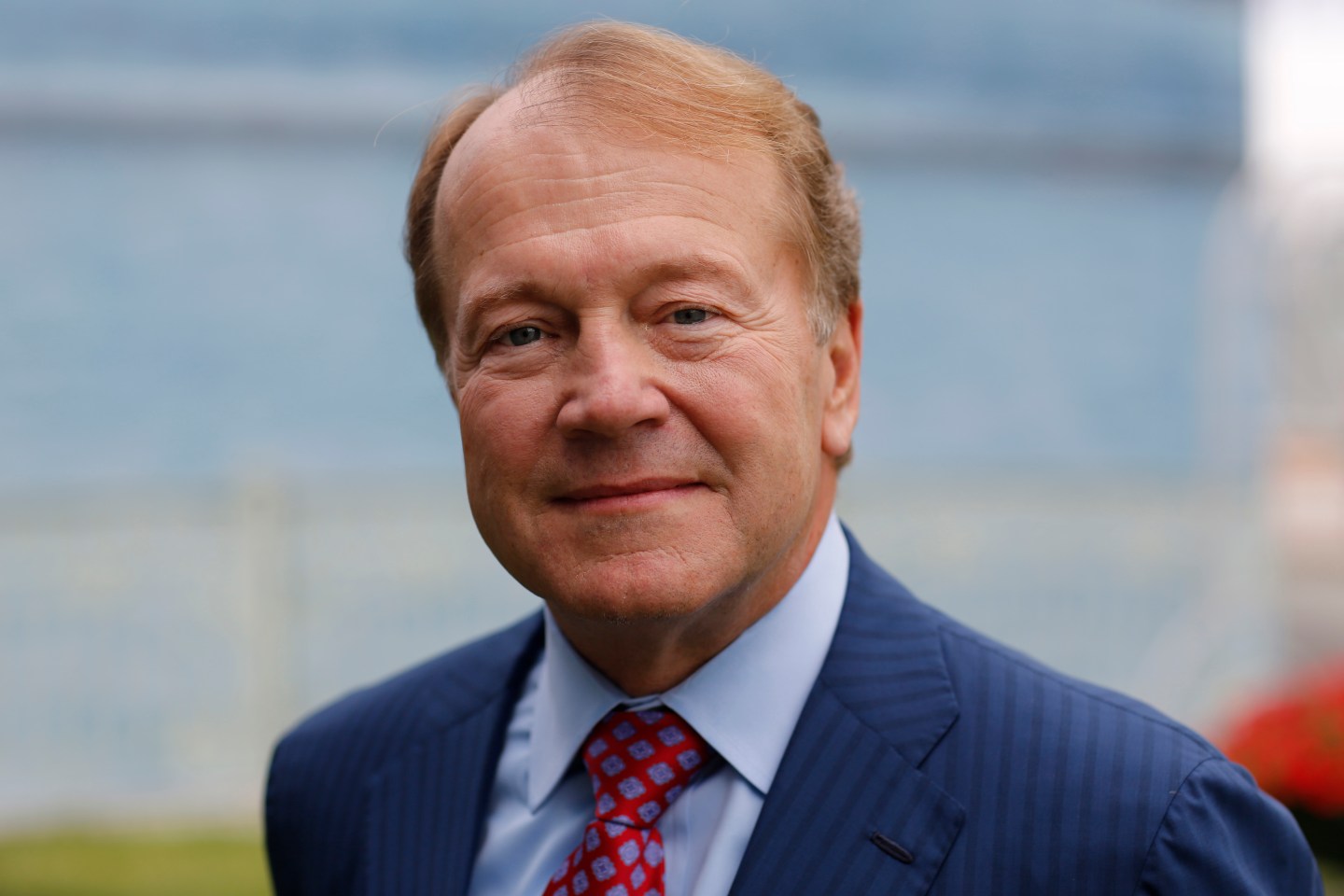 Want your company to outperform? Get the right CEO—and don’t let go.

When John Chambers announced he would step down from this post as Cisco’s CEO earlier this week, he was one of the longest-serving execs in the country. His 20-year tenure is made all the more remarkable by the average for the rest of the Fortune 500 chiefs: a measly 6.9 years. But even Chambers’ run can’t compete with some of the other Fortune 500 veterans. Nine executives in the 500 have held the top spot for more than 30 years, and two for more than 50.

Here, with the help of FactSet Research, we compiled a list of the longest-serving CEOs in the Fortune 500 and calculated their average annual returns. It turns out that, at least in these cases, wisdom really does come with experience: During their tenures, the stocks of all but five of the 14 companies outpaced the S&P—15 if John Chambers had stuck around.

The Ohio-born son of Russian immigrants, Wexner propelled L Brands (and himself) into the upper echelons of the business world at remarkable speed. Today the 77-year-old runs an $11 billion multinational retail empire that includes Victoria’s Secret and Bath & Body Works. He’s also been doing it for almost as long the average man born in 1937 could expect to live.

*Annualized total return during tenure is calculated from the start of the tenure of the executive, or from the time of the IPO or available stock history.

Berkshire Hathaway CEO Warren Buffett reacts after throwing in a newspaper throwing contest prior to the Berkshire annual meeting in Omaha, Nebraska May 2, 2015. REUTERS/Rick Wilking - RTX1B8NQ

After more than half a century on the job, the Oracle of Omaha continues to dazzle investors with outsize returns. And at 84 he shows no signs of slowing. His latest feats: A 10% boost in first quarter profit and a turn on the ukulele.

Some 10 years after leaving Tulsa, Okla. to become summer interns on Wall Street in the mid-60s, cousins Henry Kravis and George Roberts helped found Kohlberg Kravis Roberts. Today, the firm is the stuff of private equity legend, with more than $99 billion assets under management.

The son of a dry cleaner, Miller went to college on a basketball scholarship and served in the army (retiring as a captain) before founding UHS in 1978. With $8.4 billion in revenue, it’s now one of the world’s largest healthcare companies.

Murdoch's multi-decade run in media has been almost as polarizing (recent U.K. hacking scandals didn't help) as it has been awe-inducing. In the 50s, Murdoch was heading the number-two newspaper in an obscure Southern Australian media market. Today he helms one of the world's most influential media organizations.

Stack bought Dick’s Sporting Goods from his father when it was just two stores in upstate New York. He went on to expand the chain into a retail force with more than 500 locations and $6 billion in revenue.

Schwarzman co-founded Blackstone in 1985 with a few hundred thousand dollars along with his boss from Lehman Brothers. Today, the private equity powerhouse has more than $290 billion in assets under management, and Schwarzman is one of the best-compensated CEOs in a very well compensated business, collecting $690 million last year.

Over the last quarter decade, Bergman transformed Henry Schein from a small, mail-order dental-supply shop into a $10 billion purveyor of products and services to more than one million dentists, vets and medical practitioners around the world. The Long Island-based firm also frequently makes the list of Fortune’s Most Admired Companies.

Son of the Aflac co-founder, Amos helped grow the insurance giant into a $24 billion global giant it is today. He was also responsible for the introduction of the ubiquitous Aflac duck in 2003.

The Chicago-based insurance giant provides property and casualty insurance predominantly to commercial customers. Local press has noted that the board leans heavily on experience: the youngest member is 69, and Zucaro is 75.

A logo sign outside the headquarters of the Sanmina Corporation, in San Jose, California on December 7, 2014. Photo Credit: Kristoffer Tripplaar/ Sipa USA *** Please Use Credit from Credit Field ***

Sola co-founded San Jose-based company in 1980, and initially served as its vice president of sales. Some 10 years later, Sola became CEO of a $6 billion business that provides electronics manufacturing services to primarily communications and military clients.

At 62, Post has spent 23 years at the helm of the cloud infrastructure and IT company, but he’s worked there for 39. Revenue last year was $18 billion, up from $360 million when Post took the top spot.

Woodring joined RGA as an actuary just six years after the company’s start. He climbed the ladder to run its reinsurance business in 1986, and became CEO in 1992, helping grow it into a $10 billion multinational company.

Capital One ceo Richard Fairbank in the atrium of the company's headquarters in Mclean, VA on June 29, 2007. (Michael Temchine for The New York Times)

Fairbank, 64, founded Capital One in 1988 as part of Virginia's Signet Bank. When it spun off in 1994, Fairbank became the CEO, and led the company to rapid growth: Capital One was 124 on the Fortune 500 list last year.