Can Microsoft convince IT pros to make the tricky transition to the cloud? 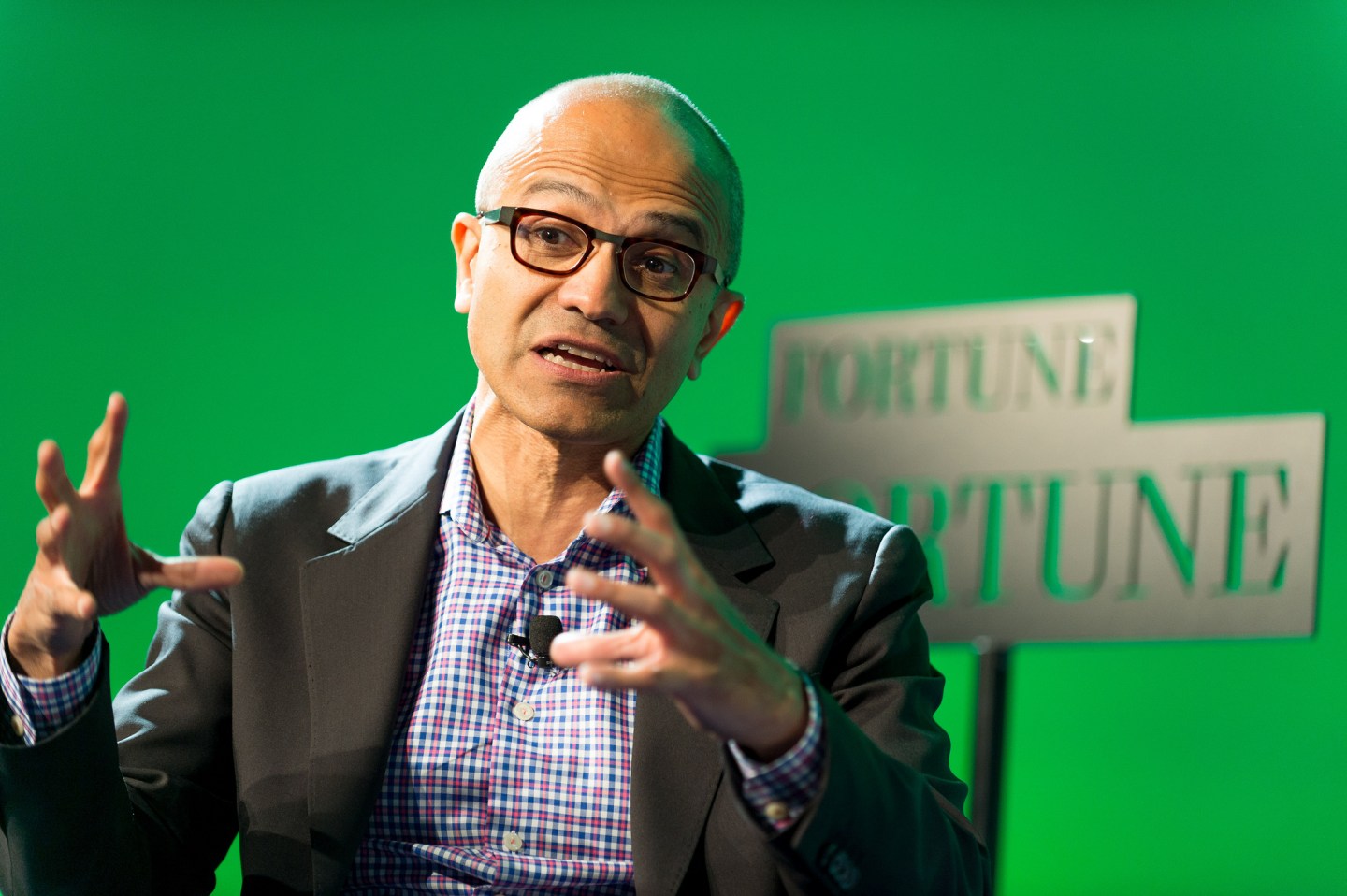 Given the hype, you might think that all applications and data in the universe are now sitting in someone’s cloud. But you would be wrong. The corporate world is at the beginning of the cloud computing era and tons of applications—especially those at the largest businesses—still run in server rooms or data centers operated by the companies in question.

And, that fact, along with pre-existing relationships with information technology (IT) pros who manage all of it, give Microsoft (MSFT) a big advantage over born-in-the-cloud providers, according to CEO Satya Nadella.

Thousands of companies run Microsoft SQL Server databases, SharePoint file sharing, Exchange email, System Center management, and other services on their premises. “I don’t think of my server business as somehow old-school legacy. I actually think of the server as the edge of my cloud,” Nadella said in an interview last week with Fortune.

All of this will be at the forefront on Monday when Nadella speaks to thousands of IT professionals at the company’s Ignite conference in Chicago. His message? Using Microsoft tools and existing knowledge of the company’s products puts techies in a good position to serve employees who are clamoring for new services and capabilities.

As an example, Nadella will cite the ability of SQL Server 2016—a new database version to be announced Monday—to take one task or database table that requires substantial computing power, such as a store’s order history, and “stretch it to the cloud.” In other words, Nadella wants to better connect a company’s local, terrestrial database to the cloud computers scattered around the world.

The code to enable that on premises is already running in Azure, Microsoft’s cloud computing offering. The company will “reverse-integrate it into a server product” that will run on premise, Nadella added.

This fidelity of the code running internally and externally is how Microsoft thinks it can appeal to conservative business accounts that may want to extend existing apps to the cloud as needed. Cloud leader Amazon Web Services (AMZN) doesn’t have the same reach into corporate server rooms, though it’s making progress. Nor does Google . Both of those public cloud giants are selling into the enterprise from an outsider’s perspective.

Janakiram MSV, founder of Janakiram & Associates, a consultancy that follows this market, said Microsoft’s brand recognition and solid on-premise workloads that connect to the cloud give it a good “hybrid cloud” story. With Microsoft’s newfound commitment to open-source software—Nadella repeated the company’s oft-used statistic that one in five virtual machines running on Azure use Linux—and partnerships to run Oracle and SAP applications in Azure, the Microsoft cloud is a credible destination for big business applications, he said.

At Ignite, Nadella wants to convince IT departments, beleaguered by demands to support an array of personal iPhones, iPads, and other devices despite the risks, that Microsoft can help alleviate the problem. Too often IT employees are seen as naysayers who come between a user and what the user wants to do, forbidding an employee to use non-sanctioned phones or cloud services. The result: Frustrated employees and grounds to go rogue—not exactly optimal.

Even before he became CEO last year, Nadella talked up the Enterprise Mobility Suite as a way for IT departments to to manage non-Windows and Windows devices alike. Such capability makes it eaiser for users to hang on to their beloved gadget in a corporate setting.

“IT has to go from saying ‘no’ to saying ‘yes,’ but saying ‘yes’ with assurance,” Nadella said. “And that I think is both a technology problem for us to solve and what we must talk a lot about and evangelize.”

The transition to a fully mobile workforce, backed by an array of cloud services, depends on IT professionals who think of themselves as key drivers, he added.

Given the size of the problem, it’s not surprising that all the major technology vendors—such as VMware (VMW), with its end-user computing group, and IBM (IBM), which is working with Apple—are working on it. It’s a tough nut to crack—but one that has the potential to be quite lucrative.