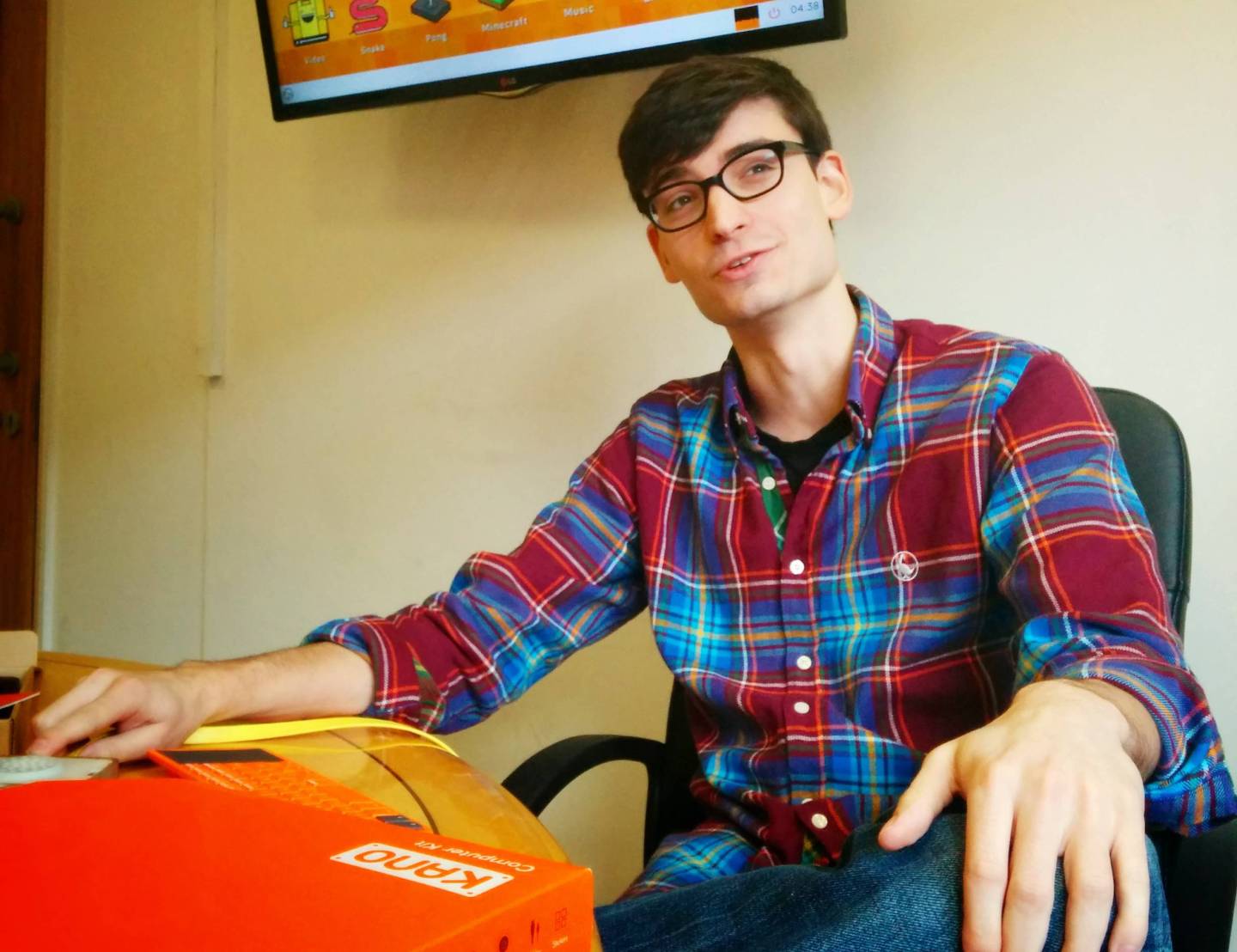 The ability to understand both how computers are put together and to code software is as critical to kids’ future success as learning to read and write, according to Alex Klein, a co-founder of Kano computers. That’s why the company has developed a computer that kids build themselves and then program. It’s half computer science, half toy.

“We want to make computing accessible to everyone,” said Klein, the chief product officer and co-founder at Kano. “We want to build the LEGOs of computers.”

The Kano is a $149 computer that uses a low-cost Raspberry Pi board as the brains of the machine and packages that with a keyboard, Wi-Fi, a speaker and other essentials, plus the open source Kano operating system. Although designed for children, it also appeals to a wide community of makers and hobbyists because it offers programs that let you build customized versions of the games Minecraft and Pong. I reviewed one last year with my eight-year-old daughter and it was a hit.

On Monday, Klein announced a $15 million round of funding and said that the company would launch a new Kano, called the New Kano, using the newer, faster version of the Raspberry Pi. The New Kano will go on sale in May for $149. The new generation of computer, plus new programs on the machine to help kids learn coding on the sly, are all part of Klein’s rationale for starting a new computer company, even in an age when it may seem insane to compete against the giants in the space or against mobile technology.

“We are trying to build a computer company with creativity rather than consumption at the core,” Klein said. “We are surrounded by abundant, low-cost hardware and open source software and hackable technology but [this generation] has very little understanding of how to use it. There are 8.2 billion computing devices out there but only 50 million people know how to talk to them. The most many of us know is how to do is swipe and tap across the screen.”

Kano is an attempt to fix that dynamic. To do that, Klein began with the hardware and software, building the first Kanos with funds from a Kickstarter campaign in 2013 that raised $1.5 million. It has sold 40,000 of the original devices so far and has 40,000 members of its online community in 86 countries.

Klein isn’t worried about the razor-thin margins of being a hardware company or the threat of open source software. No, this 24-year-old entrepreneur has built a computer company that he hopes will be the Dell or Apple of the next generation—only instead of its competitive advantage being a just-in-time manufacturing strategy or beautiful design, he’s banking on building a community of users.

“It’s not about the hardware or the software,” he said. “It’s about the experience and the community. Kano is a PC brand that has a new notion of making things with computers … but it is not just the physical kit—it’s the community of engaged makers, and kids, and parents, and teachers.”

He likened the community to a cross between Facebook; GitHub, a website used by engineers post their open source code; and Stack Overflow, a question and answer site for programmers. And frankly, the evolution of the Kano World online community from a cloud-based platform akin to Dropbox for kids and creators to store their code created on the Kano computer, into this robust online network was a surprise to him, he said.

But it’s a welcome surprise that has netted the company its first found of financing from Breyer Capital, with participation from Collaborative Fund and Jim O’Neill, the British economist and former chairman of Goldman Sachs Asset Management. Jim Breyer, founder and chief executive officer of Breyer Capital, was a backer of Dell, Facebook and others. With Breyer’s help Klein is hoping Kano can thrive and reach an initial public offering one day. It’s a good idea, but maybe tough to execute, given the challenges of monetizing a community that has a sizable number of children as members.

But as a parent and a believer in teaching both kids—and anyone else—how to interact with technology in a deeper and more meaningful way, I hope Kano continues to find an audience and success.