How can we fix America’s broken telecommunications industry? 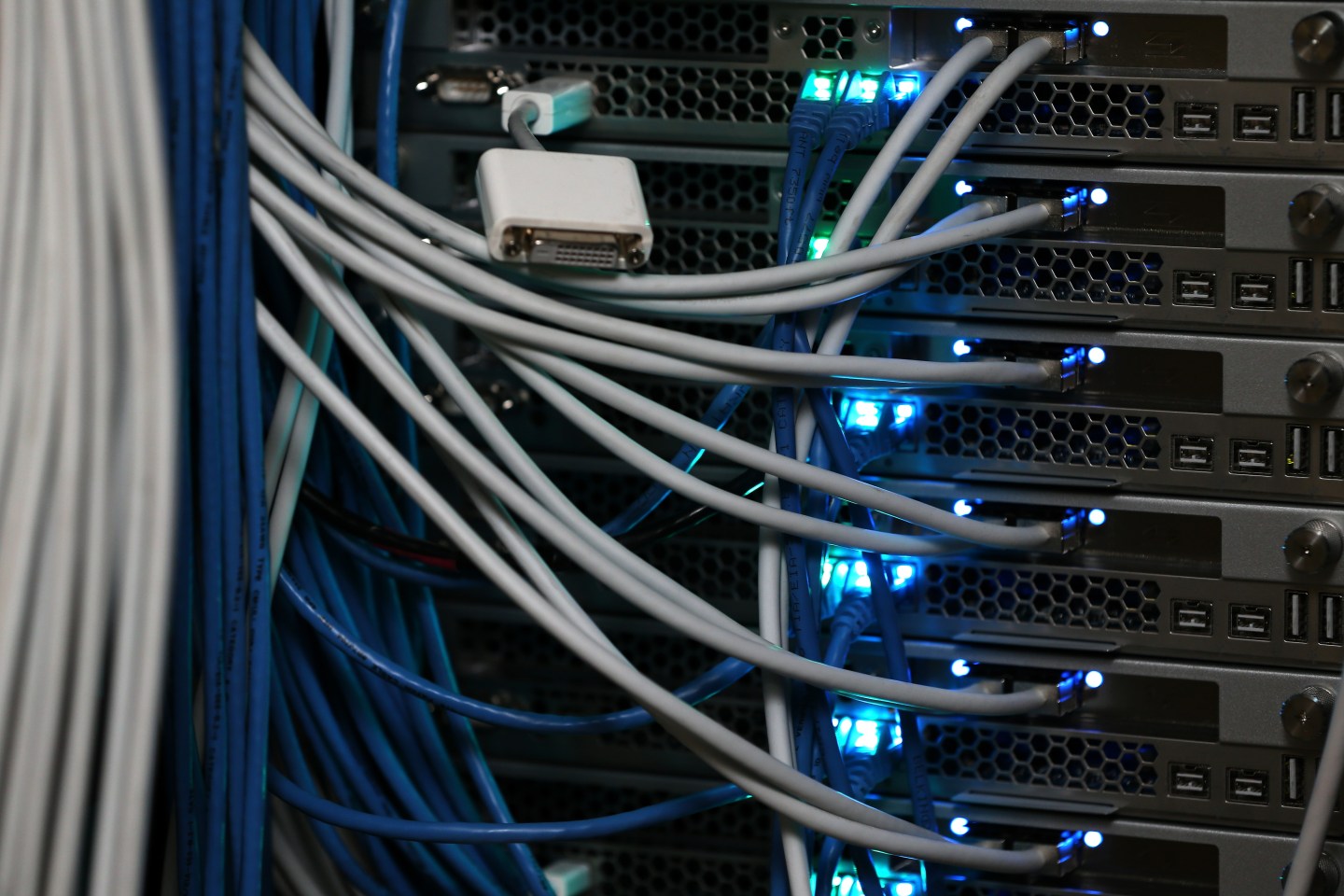 On a Wednesday afternoon in late April, two days after Comcast repaired my residential Internet service, the phone service suddenly and inexplicably went out.

This meant I could not call 911 in case of emergency and our alarm system’s signal no longer went to the monitoring station. Although I live halfway between the technology hotbeds of San Francisco and Palo Alto in what many might call an upscale area, cell reception at my house is nonexistent. So in 2015, in the heart of Silicon Valley, and with no natural disaster, I was cut off from communicating with the outside world unless I drove about a half-mile up the hill to where one could access a cell phone signal.

Comcast (CMCSA), my telephone service provider, initially promised to restore service in no sooner than three days. When I contacted the mayor of Hillsborough, Calif., the town where I live, he told me the same thing had happened to him last year. Phone outages pose an issue of public safety because citizens have no emergency service access.

This is not an isolated incident. Ample evidence shows the sorry state of telecommunications service in the U.S. A 2014 report from the New America Foundation noted that “the majority of U.S. cities surveyed lag behind their international peers, paying more money for slower Internet access.” The report reviewed numerous other studies that came to the same conclusion. And it’s not only matters of cost or bandwidth speed. Bills are often inaccurate and disputes are difficult to resolve. Visitors from Europe and Asia consistently comment about the unreliability of service in the U.S.—dropped calls, poor connection quality—and heaven help someone if they have to call a “help” line. Waits are interminable and, in the end, the person you reach is seldom helpful.

As the numerous articles about the now-rejected Comcast merger with Time Warner Cable (TWC) make clear, telecommunications service in the U.S. is hideously bad and getting worse. The American Customer Satisfaction Index 2014 ratings of 48 industries shows Internet service providers at the bottom, just below subscription television services and even the Postal Service. “If you’re selling consumers something they can’t live without, and you’re subject to neither oversight nor competition, consumers aren’t going to be happy,” Susan P. Crawford, co-director of the Berkman Center for Internet and Society at Harvard, recently told The New York Times.

In a loathed industry, Comcast is among the least liked. The ACSI rates Comcast sixth out of seven Internet service providers, sixth of the seven fixed line telephone services, and seventh out of nine subscription television services. Other websites rate Comcast similarly poorly. And then there is the website comcastmustdie.com.

For its part, Comcast is well aware of the problems. “We are undertaking a major multi-year strategy to transform the customer experience,” a spokesperson told Fortune. “Every customer interaction with us should be excellent, and we are looking at everything we do across the company to make the changes we need to do better. It’s hard work and it won’t happen overnight, but we are totally committed to making this happen. It’s our number one priority.”

But how did a country that is a leader in telecommunications innovation get into such a mess?

Regulatory “capture” and nonexistent antitrust enforcement are two important pieces of the puzzle. But there are remedies, if politicians and regulators are willing to do something before someone dies because they cannot call for help during a medical emergency or home break-in.

Meet the new monopoly, same as the old monopoly

If Comcast service is such a disappointment, why not choose an alternative? Because there really aren’t any.

AT&T (T) no longer offers Internet service in my locale because of a lack of infrastructure, and after spending 55 minutes on the phone inquiring about reinstalling a simple land line, the company told me they could install new phone service but it would take about a week to get that scheduled.

There are options for TV if one wants a dish on their roof, but phone and high speed Internet are much more limited. Nor is my situation unusual. In the telecommunications industry, “single carriers already dominate most regions.” Most cities have one cable company and possibly one telephone company that provide the infrastructure for phone and Internet service.

This situation has had adverse consequences. Former California State Controller Steve Westly, who worked for the California Public Utilities Commission in the early 1980s before returning to get his MBA at Stanford, told me that monopolistic behavior among telecommunications firms was a real problem that required action. And as the managing partner of the Westly Group, a venture capital firm making alternative energy investments, he has a good perspective on the technology space.

The MCI and the Justice Department antitrust cases against AT&T in the 1970s led to the breakup of the Bell System in 1984. AT&T was left with long distance service, and local phone companies were combined into seven supposedly independent Regional Bell Operating Companies. And then the fun began. Bellsouth was acquired by AT&T in 2006. Pacific Telesis was acquired by Southwestern Bell (SBC) in 1997, and Southwestern Bell itself was acquired by AT&T in 2005. Ameritech was acquired by SBC in 1999, which means that it too is now part of AT&T. Similar consolidation has occurred in the cable industry and promises to continue. It didn’t take long for Charter Communications to express interest in discussing a merger with Time Warner Cable after the Comcast deal was taken off the table.

After spending almost a decade, from 1974 to 1982, litigating the antitrust case against AT&T, the government essentially let the company reconstitute itself through mergers over the ensuing decades, while permitting similar consolidation in related industries. There are now very few national competitors with the financial—or lobbying—muscle to pose a threat of new entry in most telecommunications markets. So “mutual forbearance” is the watchword, with companies not intruding on each other’s territory, and consumers are left with few to no choices.

As the case of the airline industry illustrates, less competition leads to higher prices and worse service.

One solution to protecting consumers exposed to inevitable monopoly power is regulation. But regulators spend a lot of time with the companies they regulate. Regulators sometimes move back and forth from the regulating body to the companies being regulated. Decades ago, the late Nobel Prize-winning economist George Stigler came up with the concept of regulatory capture, the idea that regulators would over time come to work in the interests of the regulated entities and not the public. A 2006 review in the Oxford Review of Economic Policy found the idea still relevant and provides numerous analyses and examples. Former Federal Communications Commission Chair Reed Hundt once said that FCC actually stood for “Firmly Captured by Corporations.”

In California, the coziness between the California Public Utilities Commission and the industry it regulates recently reached scandal-like proportions. In 2010, a Pacific Gas and Electric natural gas line in San Bruno exploded, killing eight people. When the city filed a court case seeking records of the communication between the CPUC and PG&E, they uncovered 65,000 e-mails, including some that revealed private, undisclosed, backchannel talks between the two groups. As reported by the San Francisco Chronicle, “a top official with the California Public Utilities Commission offered to help Pacific and Electric Co. subvert rules intended to prevent backroom deals in regulatory cases.”

There is no reason to expect any different behavior with the telecommunications companies the CPUC oversees.

The problems of regulatory capture, particularly at the state and local levels, and the absence of much competition after all the mergers seem almost insurmountable. And services like Hulu and Netflix and the growing ability to watch television on any device will not do anything to address the fundamental problem: innovative products, be they shows or services that promise to stream sports, movies, or anything else, still require a way of getting all that wonderful content to the customer—a pipe, as it were.

There may be the beginnings of a policy answer to the telecommunications mess. The original MCI case required AT&T to permit MCI, a long distance company, to interconnect with the its local networks at a fair price. Oil and natural gas pipelines are required, as common carriers, to rent out their capacity to any commercial entity at a reasonable price. Already, there are some resellers of cellular capacity.

It should be possible to permit operators other than the local cable or telephone monopoly to rent system capacity at a fair rate. That would permit new entrants to provide better billing, better repair service, and more responsive customer care. New entrants might even have more of an incentive to do localized repairs on the system, as the absence of maintenance is yet another cause of the problem.

Of course, permitting other operators to rent out existing networks at a fair price would still require increased intervention from regulators. But we can always hope.