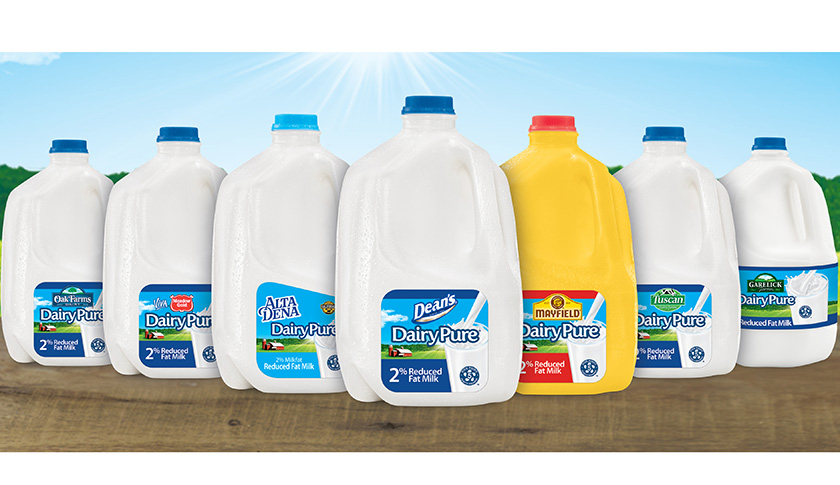 Dean Foods is hoping a national milk brand will lead the beverage company to greener pastures.

The milk producer on Monday announced the debut of the country’s first national branded fresh white milk brand, called DairyPure. DairyPure is a branded name that will appear on top of Dean Foods’ 31 regional and local brands. Dean Foods is also kicking off a national ad campaign on Monday to promote the DairyPure name.

Dean Foods (DF) is also taking a page from Chipotle (CMG) and Panera (PNRA) in touting just how this brand of milk will be made. It promises no artificial growth hormones, antibiotic testing and will only source the milk from “cows fed a healthy diet.”

The transparency mirrors a trend in the food and beverage aisle as competitors seek to win over consumers with promises that the food they produce is as fresh and “clean” as possible. Consumers know more about how their food is made, and at times have become exceptionally skeptical about the process large manufacturers utilize for their big brands. Dean Foods, citing a consumer survey, said nearly three quarters of American parents are concerned about the quality of the milk they serve their children.

The strategy to promote a national brand is a fairly significant change for Dean Foods, which is the nation’s largest processor of fluid milk but operates dozens of local and regional dairy brands. But the question one must ask is if DairyPure, which is now stocked nationwide, can make a dent in the declining milk aisle. Fluid milk sales have been declining in recent years. Meanwhile, some observers like Nielsen contend that consumers perceive little differences among milk products.

“There are many suppliers, and it’s easier for private label to create ‘me too’ products (at lower cost) in this category,” Nielsen has said.

There is also heightened competition. Coca-Cola (KO), for example, earlier this year debuted plans to distribute a premium protein-packed milk.

Dean Foods could use a hit. Sales have been uneven the past few years and the company has booked two annual losses the past four years, including a $20.3 million loss for 2014. Results last year were hurt by an escalation of dairy commodity costs, which hit record highs in 2014 and created one of the most difficult operating environments in the company’s history.