Why everyone on Wall Street wants to be like Warren Buffett 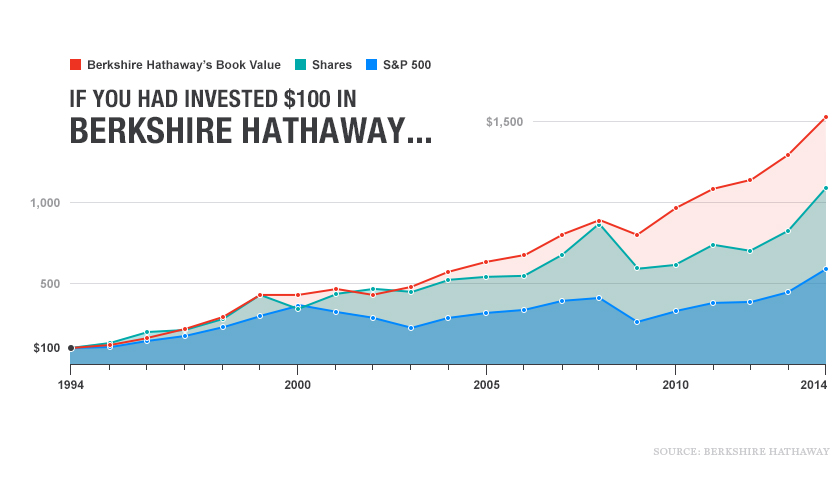 It would be a stretch to say that Warren Buffett is having a moment. That’s because ever since his stock picking genius was discovered decades ago, it has been in vogue to claim that you pick stocks like Buffett.

That investment prowess will be celebrated this weekend again when shareholders of Berkshire Hathaway (BRK.A) gather this weekend in Omaha, Neb. This year is notable because it will mark 50 years since Buffett began to build the insurance and investing conglomerate that Berkshire is today.

These days, Buffett is in some ways hailed more for his management acumen and the structure of the company that he built than for his chops as investor. Berkshire includes a more than $100 billion portfolio of stocks, but also a large stable of companies companies that Buffett has bought, including car insurance company Geico, railroad giant BNSF, ice cream chain Dairy Queen, and underwear company Fruit of the Loom. Increasingly, hedge funds are trying to distance themselves from the hedge fund name and instead be called Buffett-like investment vehicles. From the above chart, you can see why. Look how Buffett’s stock price has done since 2008. It has significantly outperformed the increased value of the assets in his portfolio.

Some of that success comes from accounting. When Buffett buys whole companies, he tends to lock in their value on his balance sheet, and not mark them up or down as you would a stock market portfolio. So, even when the value of, say, Geico or BSNF rises, that may not be reflected in Berkshire’s book value. But in a world where people are more worried about risk, the fact that Buffett has structured a company where he can buy and hold good businesses and not worry about how they may fluctuate in value is worthy of admiration.

Despite Buffett’s own success, he hasn’t been so successful at convincing the rest of Wall Street to invest like him. In the past few years, more than $10 billion has flowed into so-called low volatility investments out of a belief that they are safer long-run investments. Buffett thinks that is wrong. He has long argued that what makes an investment safe is a low price, not low volatility. And low volatility stocks usually come at a premium. Everyone is chasing safety.

Instead, Buffett says investors should buy companies for less than they are worth and hold them forever, and you don’t have to worry about volatility. Money has also flowed into bond funds in the past few years, again because they appear to be safer investments than stocks. Buffett has always said stocks for the long-term investor is where it’s at.

But be careful trying this at home. Unlike Buffett, you have to sell some day. You don’t want that day to be when your stock market portfolio has plunged. Because of Berkshire’s structure, Buffett might not have to ever sell his companies. So, he can buy whatever companies he likes (that will sell to him) and not have to worry about them jumping around in price. That’s probably why his portfolio trades at a premium, and yours doesn’t.