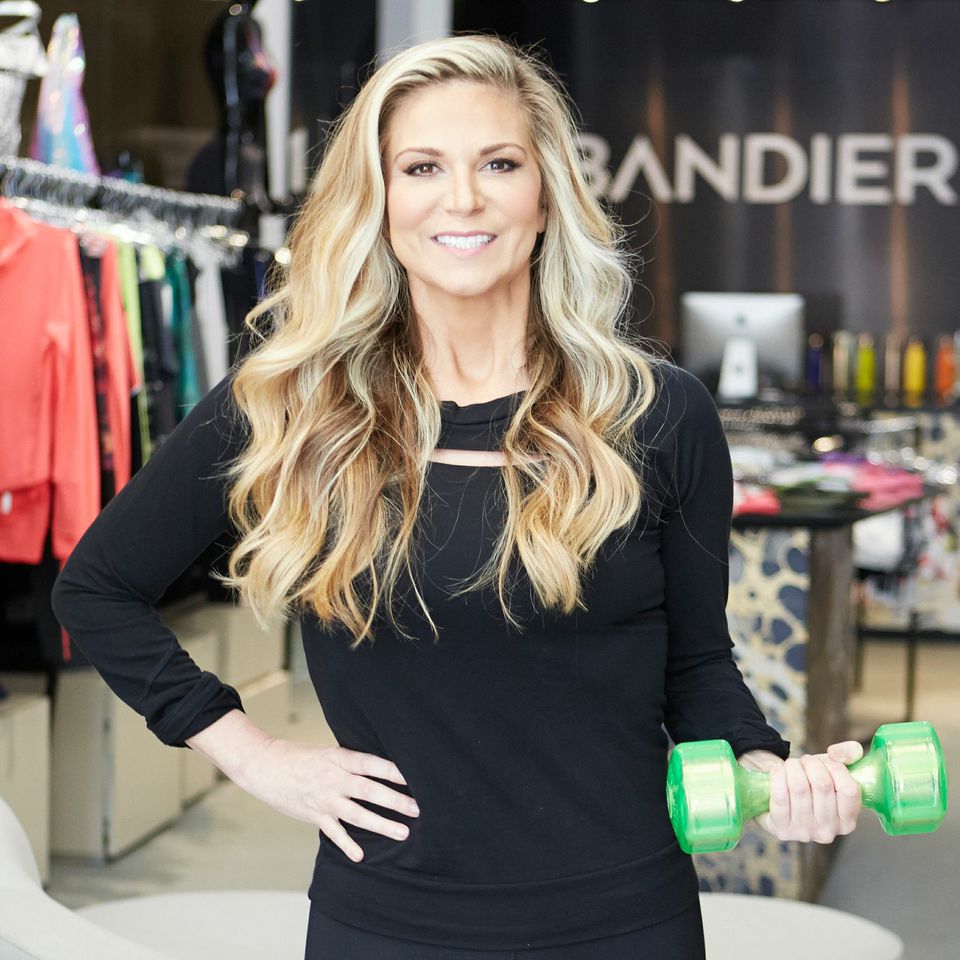 Women, ask yourselves this one question: Would you wear a gym t-shirt to a nightclub?

Maybe five years ago, the idea of donning anything bought in the activewear section to a place not soundtracked by the clang of tire-sized weight plates seemed ludicrous or, at least, schlubby. But in the age of Lululemon and $100 leggings that stretch enough to show the innermost contours of the wearer’s behind, workout wear is now all-the-time wear. Whether it’s out to brunch, dinner, or nights out in Vegas, it’s all fair game.

Bandier’s online store launched this week while its flagship shop, a cross between a boutique and a club (a bouncer-like security guard patrols the low couches by the entrance) opened last year in Manhattan.

Founder Jennifer Bandier, who was also the former manager of R&B trio TLC, came up with the concept of a “Barney’s for activewear” three years ago after tripping in heels and injuring her foot.

“I got really into walking—it was the only activity I had to do,” she says. “I started walking the streets of New York and I realized, I wanted to have fabulous clothing, I didn’t want to look unkempt and like a slob. I wanted to look chic and fabulous.”

Bandier teamed up with Jayne Harkness, founder of Barney’s Co-op and former senior vice president of Calvin Klein who also logged time in leadership roles at Coach and Isaac Mizrahi. “I think my resume is way too long,” says Harkness through trills of British laughter about her retail experience. Both scoured the Internet and world at large looking for fledgling brands to bring into the store. Currently, they carry more than 50 retailers including Lucas Hugh, whose Mondrian-esque leggings can cost up to $450.

“They’re startups,” says Bandier. “It’s impossible for them to have a boutique and it’s hard to get into other boutiques. Most boutiques, when we started this, were not featuring luxury athletic wear.”

The store is about more than just looking good (although some of the leggings they stock compress thighs to the degree that they perform an optical illusion) says Harkness. “One of our brands, HPE, has developed a fabric and patented it,” she adds. “It’s called Fresh Fit, and it’s a silver thread that’s antibacterial and it will modulate your temperature as you work out. It’s insane.” Another one from Japan “stimulates blood circulation in your legs with the most unbelievably, beautiful stitching,” she says. “It’s just gorgeous.”

The goal of almost every piece of apparel Bandier sells is that it can carry over from a gym class to the other 23 hours of the day with minimal outfit changes required. Activewear, after all, has bred activelife (just ask any SoulCycle addict who’s swapped their standing Sunday brunch for a $35-ish sweat session) and Bandier intends to capitalize on it. She stocks Beats headphones in the store and shares playlists from prominent fitness personalities online to help consumers find the right outfit.

“We want to talk about what music you’re into, what inspires you, how you motivate yourself,” she says. “Working out doesn’t come naturally to me. If it was up to me, I’d sit on my couch eating candy and watching TV.”