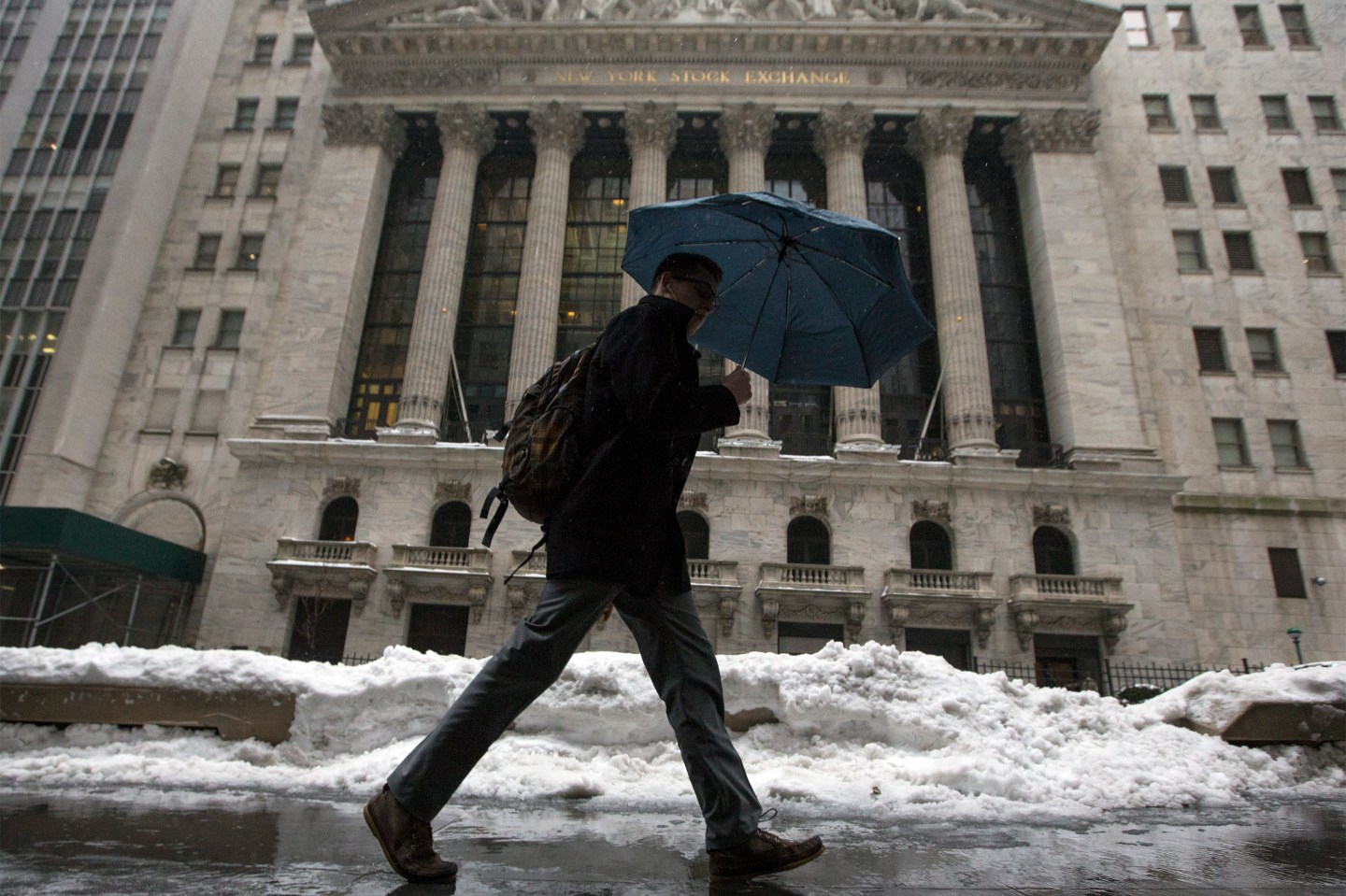 U.S. economic growth slowed sharply at the start of the year, according to the latest reading of U.S. gross domestic product.

The broad measure of goods and services produced by the economy grew at a 0.2% annual rate in the first three months of the year.

Economists had expected the economy to grow at an already modest 1% pace in the first quarter of 2015. The U.S. economy grew at a more healthy 2.2% pace in the fourth quarter 2014, and by 5% in the prior quarter.

Wednesday’s reading was a big step down from the fourth quarter’s 2.2% pace and marked the weakest reading in a year.

Economists polled by Reuters had forecast the economy expanding at a 1% rate. While the weak GDP figures could rattle financial markets, the growth slowdown is probably not a true reflection of the economy’s health, given the role of temporary factors such as the weather and the ports dispute.

The first-quarter GDP snapshot was released just hours before U.S. Federal Reserve officials conclude a two-day policy meeting. Policymakers at the central bank are expected to acknowledge the softer growth, but shrug it off as temporary in a statement they will issue after their gathering.

While there are signs the economy is pulling out of the soft patch, data on home building, manufacturing, retail sales and business investment suggest the rebound will lack the vigor seen last year when the economy snapped back after being blindsided by cold weather.

At the start of this year, many economists believed the Fed would raise interest rates from near zero in June. Now, most of the guessing centers around September.

The government did not quantify the impact of the weather, the strong dollar and the ports disruptions on growth last quarter. Economists, however, estimate unusually cold weather in February chopped off as much as half a percentage point, with the port disruptions shaving off a further 0.3 percentage point.

The weather impact was evident in weakness in consumer spending. Growth in consumer spending, which accounts for more than two-thirds of U.S. economic activity, slowed to a 1.9% rate. That was the slowest in a year and followed a brisk 4.4 percent pace in the fourth quarter.

The sharp moderation in consumer spending came even though households enjoyed huge savings from a big drop in gasoline prices. Consumers boosted their savings to $727.8 billion from $603.4 billion in the fourth quarter.

Construction also took a hit from the weather, while lower energy prices, which have cut into domestic oil production, undermined business investment.