Russia’s economy: In better shape than you might think 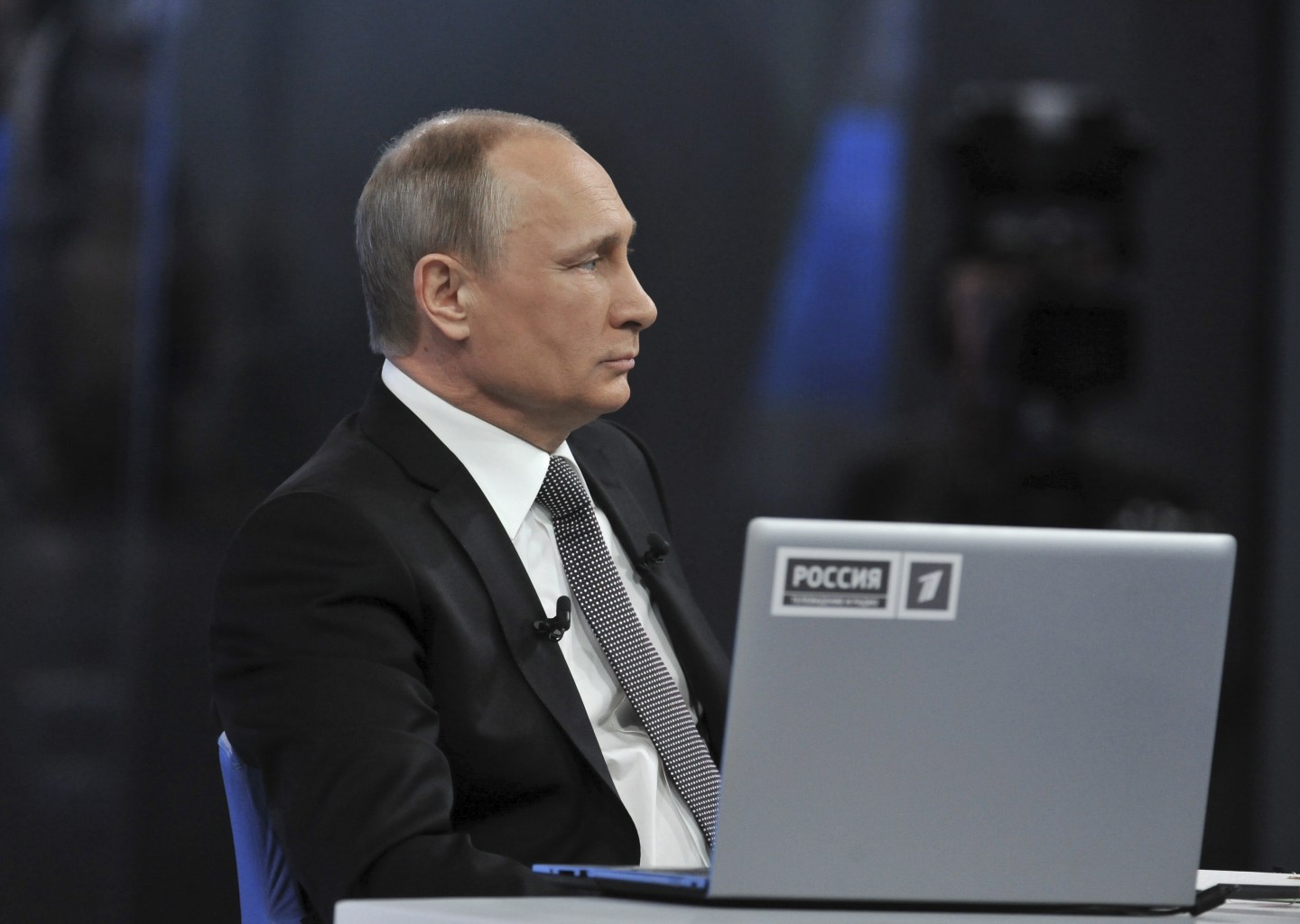 Russian President Vladimir Putin takes part in a live broadcast nationwide call-in in Moscow April 16, 2015. Putin said on Thursday Russian military forces were not in Ukraine, denying allegations by Ukraine and Western countries that Moscow is providing troops and support for pro-Russian rebels fighting in eastern Ukraine. REUTERS/Mikhail Klimentyev/RIA Novosti/Kremlin ATTENTION EDITORS - THIS IMAGE HAS BEEN SUPPLIED BY A THIRD PARTY. IT IS DISTRIBUTED, EXACTLY AS RECEIVED BY REUTERS, AS A SERVICE TO CLIENTS. - RTR4XKSR
Photograph by RIA Novosti — Reuters

During President Obama’s State of the Union address earlier this year, he boasted about the effectiveness of Western sanctions against Russia, claiming that the Eastern European nation’s economy was “in tatters.”

The president certainly had incentive to pump up the sanctions he helped enact. But at a panel discussion on the future of the Russian economy on Wednesday at the Milken Institute Global Conference, Russia experts and investors in the Russian economy vehemently disagreed with his analysis.

Panelists argued that the Russian recession is largely a result of a collapse in oil prices rather than Western sanctions. Meanwhile, the ruble has stabilized after falling sharply last year and the Russian stock market has recovered more than 20% in 2015.

Billionaire investor David Bonderman argued that Western sanctions, though much lighter than those imposed on countries like Iran, are actually creating opportunities for investment in Russia. “The market has fallen a long way, and there’s a shortage of capital,” he said. “Returns tend to be higher where either the troops are in the street or prices are low.”

Retailers like Russian supermarket Lenta, which Bonderman has a stake in, are seeing higher margins absent Western competition, and demand for staples like groceries remain strong. Russian-born investment banker Ruben Vardanyan pointed out that the collapse of the ruble left much of the economy untouched, with roughly 90% of the population not inclined to buy imported goods. And that population, Vardanyan points out, has only increased its support for Vladimir Putin in the months following the imposition of sanctions.

The panel uniformly condemned U.S. policy towards Russia as ineffective and short-sighted. Susan Eisenhower, chairman and CEO of The Eisenhower Group, a consulting firm, argued that isolating Russia, even as a punishment for breaking international law, “isn’t in the United States’ interest.” She pointed to the increased risk of nuclear weapons proliferation in a world where the United States and Russia aren’t communicating.

Eisenhower argued for a reset of U.S.-Russia relations, first by appointing a special envoy to Russia to restart a dialogue that can help resolve the dispute over Crimea.

Bonderman said that U.S. policy towards Russia is simply pushing the country into the arms of China, a relationship he argued is counter to the desires of the Russian people and the interests of the United States. “The Russian people want to be Western; to force them to the east is unnatural,” he said.

To be sure, investors in Russia, like those who sat on the panel at the Milken Conference, would benefit from a lifting of sanctions. But the surge in Russian markets and Putin’s popularity suggests that the Russian economy isn’t as bad as we thought.