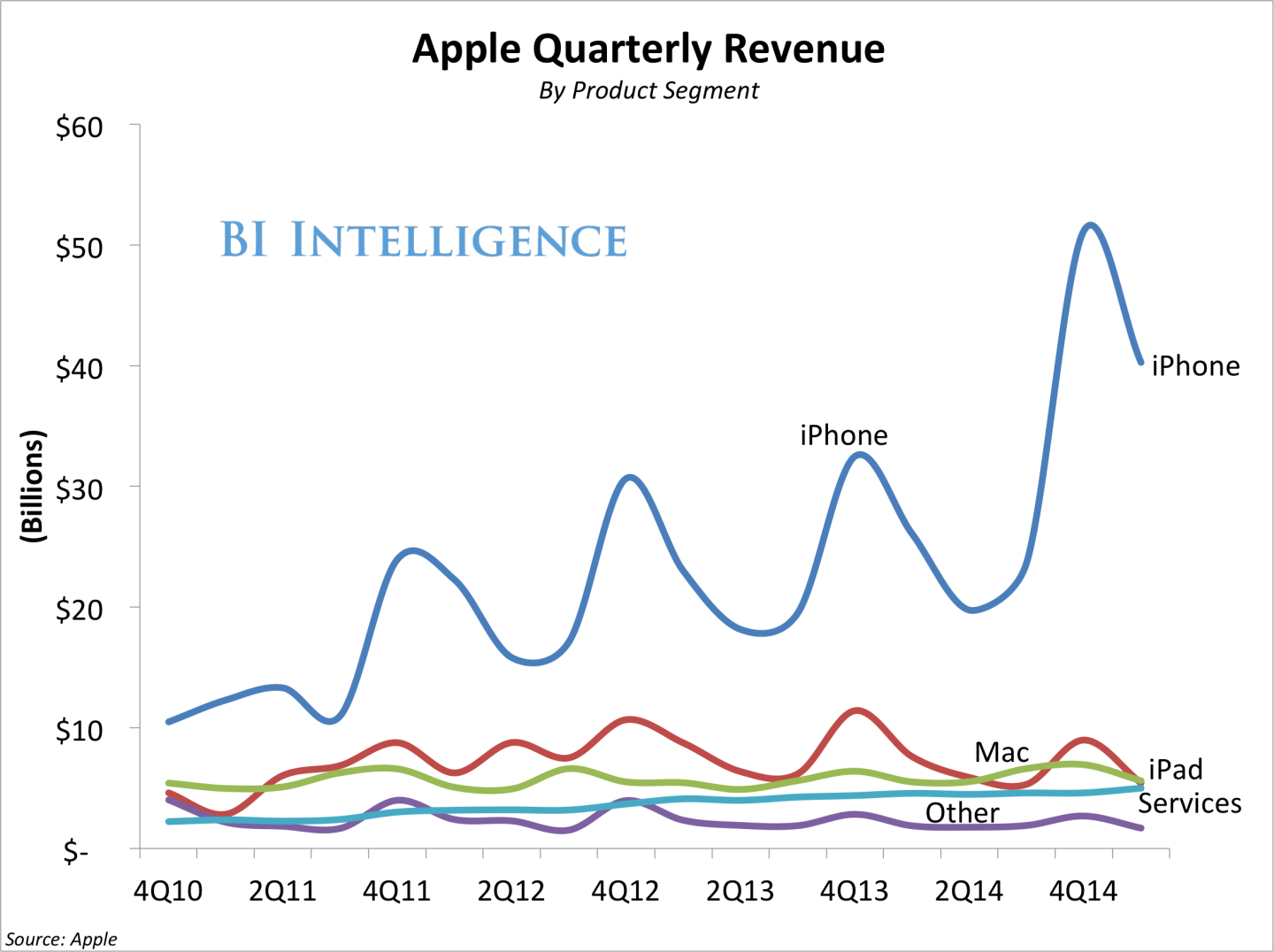 These guys are more fun — and often more insightful — than the analysts. More as they come in.

Neil Cybart, Above Avalon: China. China. China. “There really isn’t any mistake about it. This is all due to China. Apple reported a very strong quarter close to my elevated expectations. We were told for years that China was going to be huge for Apple, but we weren’t seeing it play out in the financials. Everything changed last year when China Mobile, the world’s largest mobile carrier, started selling the iPhone. We are now seeing what may turn out to be the most robust growth phase the iPhone will experience in China as hundreds of millions of new customers now have access to iPhone for the first time. Apple has now reported two straight quarters of 40%+ EPS growth and looking at Apple’s revenue and margin guidance, the company may actually report stronger EPS growth in 3Q15 than in both 1Q15 and 2Q15. Apple is saying that 3Q will be another strong quarter as the combination of China Mobile and iPhone looks to be the game changer that Wall Street was waiting for.”

Ben Thompson, Stratechery. China and the upper middle class. “As usual, Apple’s timing is spot-on: the company has spent years now building out its Chinese infrastructure, both in terms of carrier support, retail options, and software, and now, as this upper middle class market explodes in size Apple is ready and waiting with the only phone that qualifies as a “luxury” item — although “status signal” is probably a better way to put it… This is a story that looks set to continue: we know that the iPhone has superior retention rates to Android, and that buying one Apple product usually leads to others; combine that with the projected growth of China’s upper middle class and there’s a very good chance this is not the last record Chinese New Year quarter for a while.”

Adam Lashinsky, Fortune: Apple shines by outpacing the crowd. “Wall Street analysts found a few things not to like because, well, that’s their job. Apple’s iPad sales are slowing, and while Cook predicts growth will re-accelerate, he won’t say when. (Bigger iPhones and snazzier Macbooks are cannibalizing iPads, he said.) Margins for the just-introduced Apple Watch are lower than the company’s overall margins, and Cook wouldn’t say if or when that will change.”

Updating throughout the morning.