With $35 million, Scanadu seeks approval for its medical ‘tricorder’ 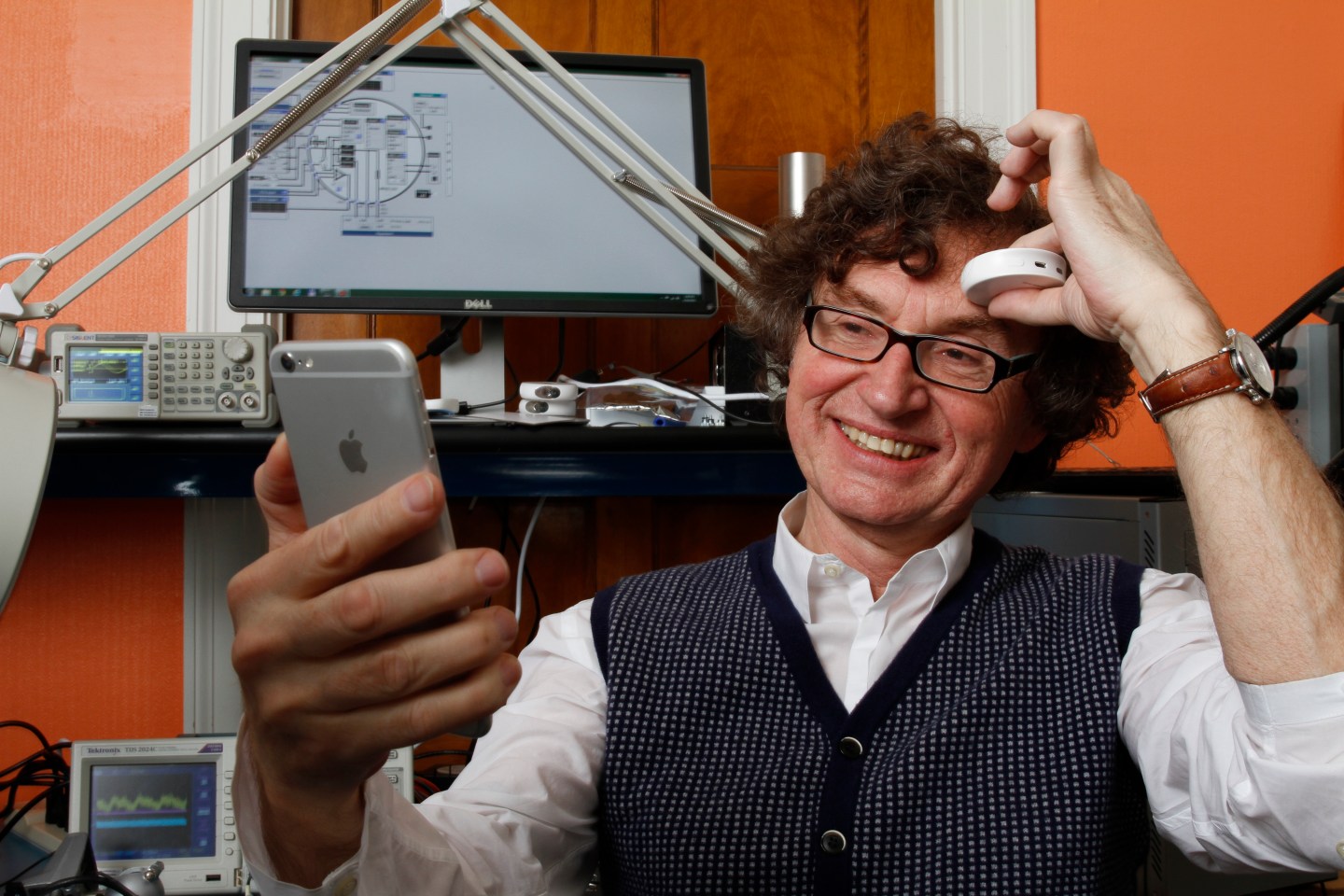 Scanadu, a company that is making a handheld device that measures five vital signs in about 30 seconds, has raised $35 million in a funding round led by China’s Tencent and Fosun International. China Broadband Capital and Iglobe Partners of Singapore also participated, as well as A-round investors Relay Ventures, Redmile Group, Ame Cloud Ventures and Three Leaf Ventures, an affiliate of The Broe Group. Scanadu has raised $49.7 million in funding to date.

For those excited about the future of home health, the big news here isn’t the funding, but that Scanadu’s CEO Walter De Brouwer expects to begin shipping a $199 consumer version of his Scanadu Scout device sometime next year, pending U.S. Food and Drug Administration approval. The company will also ship a urinalysis test, called Scanadu Urine, that lets a consumer urinate on a stick (or dip the stick decorously in a cup) and then snap a picture of the stick from the Scanadu app to get a read on the health of her kidneys and liver. Such a test could prove extra convenient for pregnant women who have to urinate in a cup at every visit to the doctor to ensure the mother and baby’s health are copacetic. That is, if the doctors accept the readings.

But the FDA approval will go a long way in ensuring that they could. De Brouwer says that the firm will submit the results from an 8,000-user trial to the FDA in the fourth quarter of this year as part of the approval process. Those 8,000 users were the original supporters of Scanadu’s Indiegogo project from 2013, which raised $1.7 million and led to the company’s original $10 million round of funding.

That original venture round introduced De Brouwer to Jerry Yang, the co-founder and former CEO of Yahoo (YHOO), who helped pave the way for Scanadu to launch in China. That’s why this second funding round was led by large Chinese firms. De Brouwer explained that the Chinese are five years ahead of the U.S. when it comes to mobile health care, and that for the U.S. to catch up we’ll have to adapt to delivering health care in real time through social media channels. (Anyone for a consult via direct message?) Thus Scanadu will be developing products for China in parallel with its U.S. products.

So that’s the big news for Scanadu, and for consumers of home health products. But there’s a much larger story taking place—one that we’re going to see advance rapidly in the next decade, and one for which most businesses don’t seem prepared. The data that companies like Scanadu will unearth and share in digital form will rapidly change the way healthcare operates from pharmaceutical research to insurance payouts.

“The data will eat physiology,” De Brouwer says. “There will be a triple or quadruple Moore’s Law in these things, and it will go through the phone which is the remote control of our world. There will be a few dedicated devices which will be comparable to a [Keurig K-cup] in our world to get a cup of coffee, and that will be it.” Moore’s Law is the idea named for Intel (INTC) co-founder Gordon Moore, that the number of transistors on a chip will double every 18 months. The practical ramifications of this mean that the cost of computing and storage fall by half every 18 months to two years.

In short, thanks to the digitization of health data, better consumer access because of smartphones and FDA-approved apps, and better sensors; we’re going to see the smartphone change healthcare faster than the personal computer changed business and consumer technology. That is huge.

Right now, we’re in a transition period because we still need dedicated devices and sensors to bring medical data to our phones. But in a few years, our phones will have the right kinds of sensors built in to handle almost any medical need. If not, you’ll see algorithms take over the task, like they do in the example of Scanadu’s urinalysis test. The only hardware is the disposable stick—analogous to the K-cup—and the smartphone camera; the rest is software. De Brouwer doesn’t look at the business of selling physical devices as permanent. “In the end, it’s all about data,” he says.

With 8,000 users, the company has 5.6 billion data points and access to medically relevant data for companies as diverse as public health agencies, insurers, and pharmaceutical companies, De Brouwer says. If someone wants a patient population with hypertension, for example, it’s possible that customers of Scanadu that have opted into sharing their information might be able to volunteer for a medical trial. Actuaries could have amazingly accurate data sets. The possibilities are incredibly powerful—especially as the device gets cheaper.

Scanadu appears to be building not just a powerful medical device but a platform of consumer health data that has the potential to interest many industry players. The question isn’t about who else is making these types of devices, but rather who else has the ability to gather this data or the incentive to lock Scanadu out of this personal health data market. When it comes to the Internet of things, the things are just a means to an end. That end is the data.