5 things you need to know about Nepal’s economy 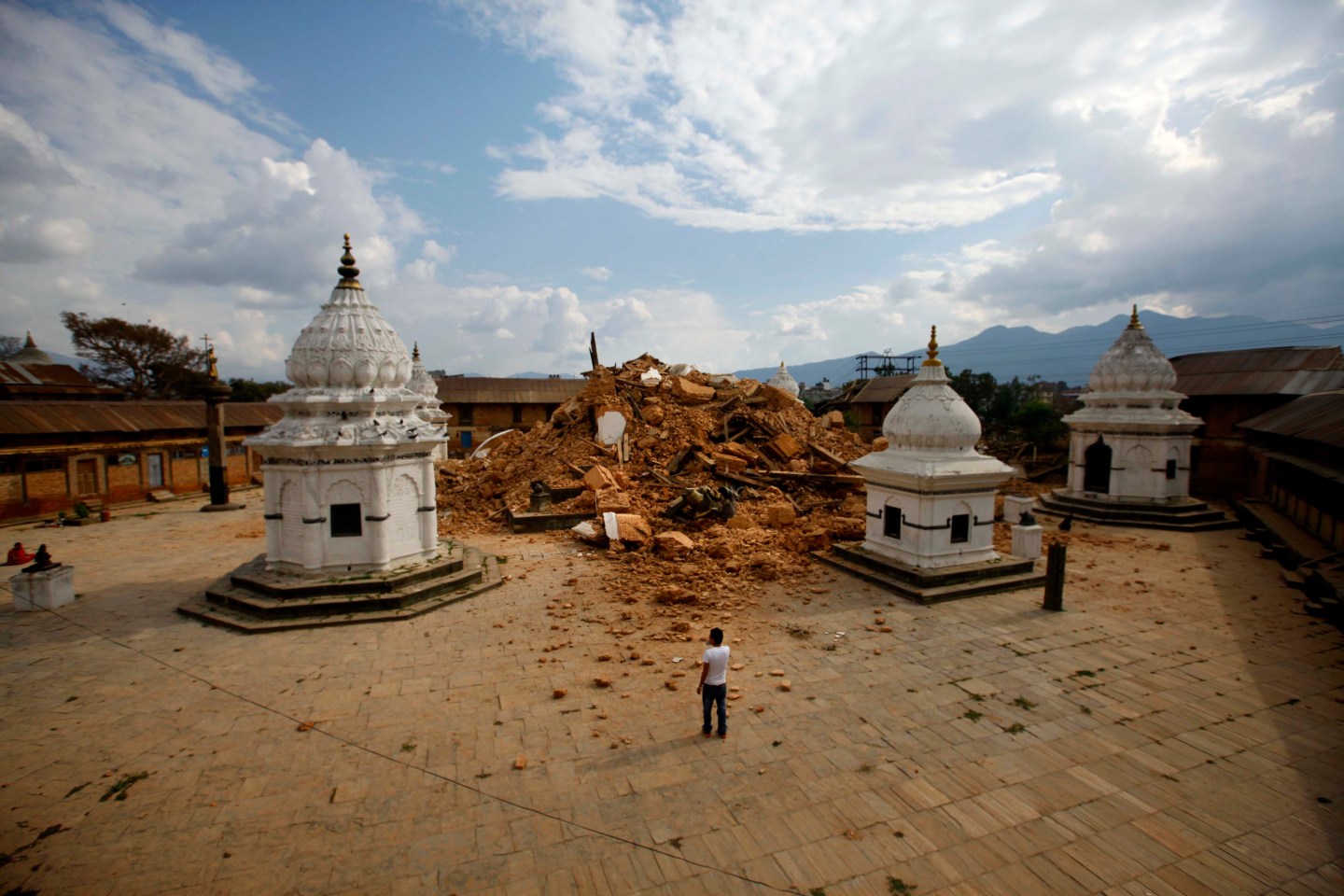 A 7.8-magnitude earthquake in Nepal on Saturday claimed the lives of at least 3,000 people and injured thousands. The destruction, centered around Kathmandu, will no doubt will have far-ranging implications for the country’s fragile economy. Here’s a look at five different facts about the Nepalese economy.

1. Nepal centers around an agrarian economy

Agriculture is the lynchpin of the country’s economy and employs approximately 75% of its population of 27 million. Meanwhile, the country’s Gross Domestic Product is $66 billion, according to a 2014 estimate by the CIA. That’s up from $63 billion in 2013 and $61 billion in 2012.

“Agriculture is the mainstay of the economy, providing a livelihood for more than 70% of the population and accounting for a little over one-third of GDP,” according to the CIA. “Industrial activity mainly involves the processing of agricultural products, including pulses, jute, sugarcane, tobacco, and grain.”

2. One-quarter of the population falls below the poverty line

This statistic pretty much speaks for itself: over 25% of those living in Nepal are considered impoverished, according to the World Bank, citing 2010 data. “Nepal is among the poorest and least developed countries in the world,” the CIA said. “Nepal is heavily dependent on remittances, which amount to as much as 22-25% of GDP.”

3. These are the biggest export and import partners

For Nepal, it’s probably no surprise that neighbor India is far and away the biggest economic partner, accounting for 53.7% of all exports, according to the CIA. The U.S. is the second largest exporting partner at 9%, followed by China, Germany and Bangladesh at around 4%. The biggest importers are India at 50% and China at 35%.

4. The unemployment rate is very high

Contributing to its status as one of the most impoverished countries, Nepal’s unemployment rate hovers around the 50% mark, according to the CIA.

5. The earthquake, unsurprisingly, will have a devastating effect on the country

The probable economic impact of the earthquake on Nepal is likely devastating, according to a recent Wall Street Journal article:

Tourism, too, which equals about 8% of the economy, will also take a huge hit as the country struggles to recover.

For a look at India’s economy, watch this Fortune video: