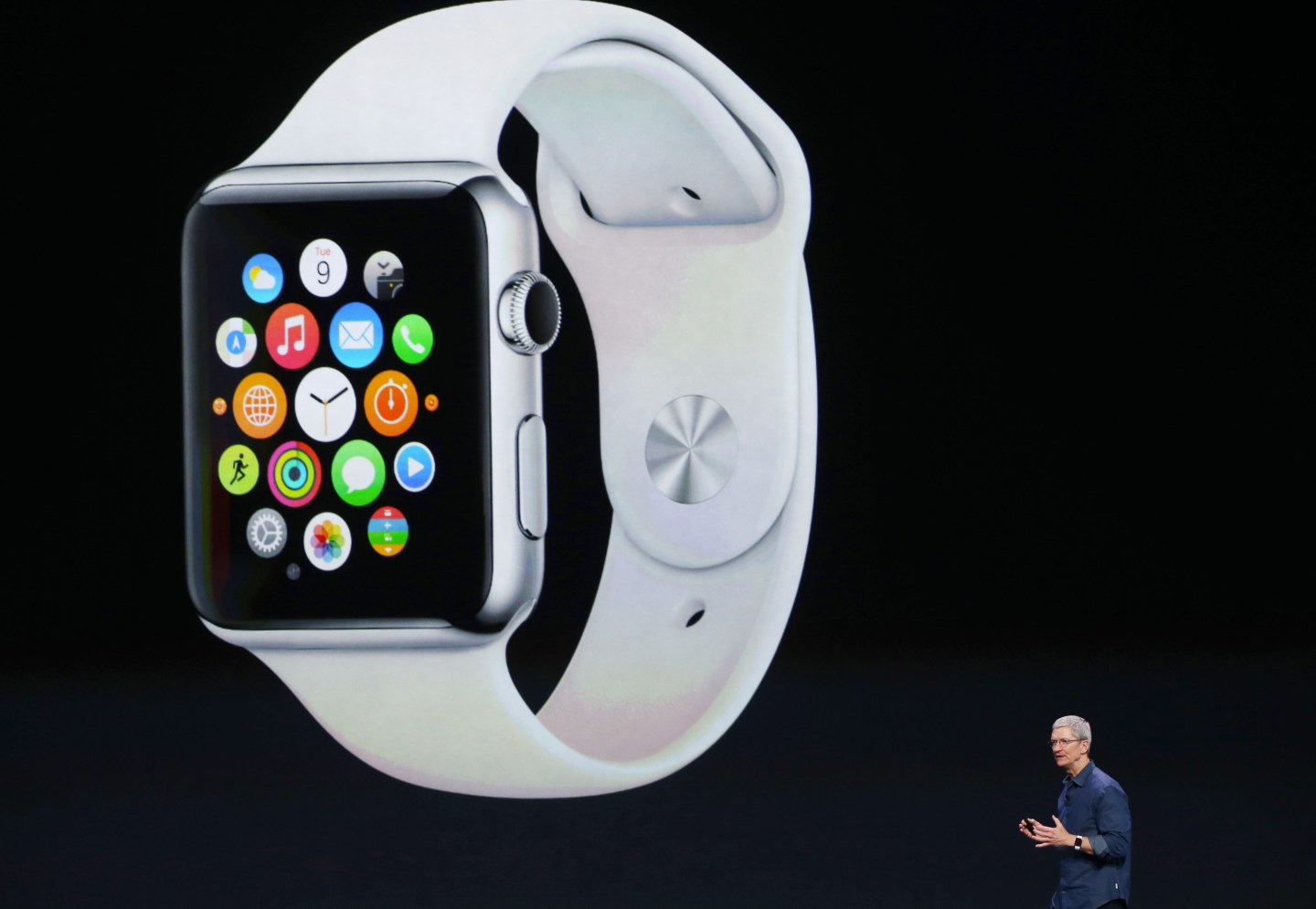 U.S. stock futures are higher this morning, after the Nasdaq composite closed at another all-time high on Friday. The S&P 500 index also finished Friday at a new high. European shares are trading down this morning, while Asian markets closed mostly up for the day.

Investors are looking ahead to Apple’s (AAPL) earnings report, due out after the close of trading. And Chipotle Mexican Grill (CMG) has finished removing genetically modified ingredients from its foods, making it the first big restaurant chain to do so, reports The Wall Street Journal.

Apple reports its fiscal second quarter results today after the market closes. Apple had its most profitable quarter ever at the end of last year when it sold 74.5 million iPhones. Analysts estimate that the tech giant sold about 56.8 million iPhones last quarter, according to a poll by Fortune. Look out for any word on the recent launch of the Apple Watch from CEO Tim Cook, though Apple said it won’t break out sales of the new item for fear of giving competitors useful information.

Deutsche Bank (DB) is shifting strategy and looking to cut nearly $3.8 billion in annual costs by selling Postbank and shrinking its securities business. Germany’s biggest bank also lowered its profitability target today, which is all part of a new five-year plan to streamline the bank’s businesses. Co-CEOs Juergen Fitschen and Anshu Jain have also been under pressure to boost shareholder returns, which have had the worst performance among global peers during the duo’s tenure.

France’s biggest IT consulting group will shell out $4 billion in cash to expand into the key North American market. IGATE (IGTE), a technology and services company with expertise in the financial services industry, will help bolster Capgemini’s North American revenue by nearly a third. The extra scale, which includes contracts with client such as Royal Bank of Canada (RY) and General Electric (GE), will give Capgemini the heft it needs to compete head-to-head with the likes of Accenture (ACN) and IBM (IBM).
[fortune-brightcove videoid=4194891280001]

The Milken Institute’s Global Conference kicks off today in Los Angeles, an event sometimes called “Davos with palm trees” given its similarity to the event held in Switzerland each year. The conference’s goal is to bring “leading thinkers in disparate disciplines” together in order to “exchange ideas and solve some of the world’s toughest challenges.” The financial community will be a large presence, including private equity billionaire Steve Schwarzman, former Treasury secretary Timothy Geithner and macroeconomic thinker Mohamed El-Erian. Facebook (FB) COO Sheryl Sandberg and actress Patricia Arquette are also slated to make appearances.

Prime Minister Shinzo Abe will address the U.S. Congress today, the first Japanese leader to do so since World War II. He plans to position Japan as an ally that’s willing to play a larger military role in Asia. The address comes during a week-long trip that kicked off yesterday, which will focus on investment, trade and defense. Global leaders will be listening carefully to Abe’s remarks for any mention about the Pacific conflict that ended 70 years ago, and what he says or doesn’t say could have a bearing on an effective U.S.-Japan alliance today.
[fortune-brightcove videoid=4194783890001]