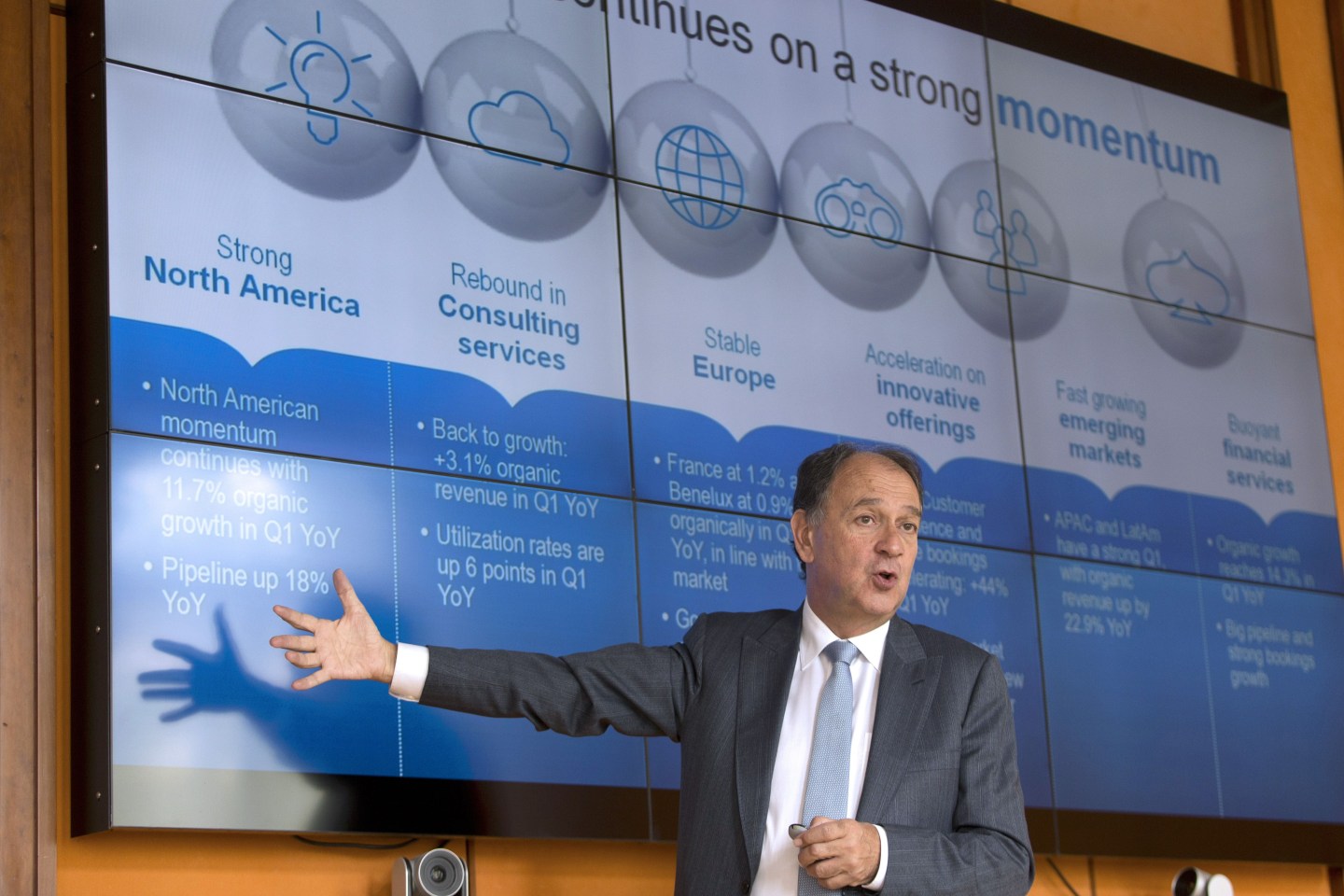 Capgemini, which is nearly nine times as large as IGATE in revenue but only four times as large in terms of market value, said it would pay $48 a share for IGATE. IGATE’s shares on NASDAQ stood at $45.85 at Friday’s close, having risen nearly 30% in the last three months.

It said it already had approvals from shareholders representing 54% of IGATE’s capital.

IGATE is a technology and services company with strength in the financial services sector that is also Capgemini’s main focus. It’s also active in retail, manufacturing and healthcare. In 2014, revenue grew 10% to $1.3 billion, with a 19% operating margin.

Separately, the French company also raised its outlook for 2015 after a solid first-quarter. However, IGATE represents the kind of immediate growth in North America that it couldn’t hope to grow in the short term, bolstering revenue from the region by a third. After completion, North America will represent 30% of estimated annual revenue of 12.5 billion euros ($13.58 billion), while the combined group’s operating margin will be above 10%, it said.

Capgemini said it would finance the deal through cash, debt and the sale of new shares, promising that the latter would dilute existing shareholders by no more than 6%. The deal will add 12% to per-share earnings next year and 16% in 2017, it said.

Capgemini said the deal will strengthen its businesses in application and infrastructure services as well as business process outsourcing and engineering services, also adding new flagship clients such as General Electric Co. and Royal Bank of Canada.

In a separate statement bringing forward its first-quarter revenue anouncement, Cap Gemini said that sales grew by 10.5% in the quarter and reset its revenue growth target to “at least 5%” from its previous forecast of between 3%-5%.